Aphrodite says she wants to extend her “apple care.” Hermes needs a haircut, because what a slob, right? And according to the game, Greek columns are so “played out.”

The comedy in Ubisoft’s “Immortals: Fenyx Rising” may be beyond endurance for some folks. It’s also unrelenting. Zeus and the Titan Prometheus narrate Fenyx’s entire adventure, but never shut up even for a few minutes. Every new area demands new snark from the oafish Zeus, who complains about needing to get back into shape, and that the story took too long to get to the title screen. It’s another semi-self-aware, open-world Ubisoft game with an overly long introduction. It’s a new intellectual property, albeit set in the “played out” world of Greek mythology, and built from the foundations of the “Assassin’s Creed” series. And like most Ubisoft games, the writing and character work leaves a lot to be desired.

So it’s a good thing that after that slog of an hour, the game opens up and reveals a gorgeously built world to discover. With gargantuan temples and cliffs and regions viewable from miles away, the “Immortals” map looks like a high-definition, 3-D “Super Metroid” map, filled with combat and puzzles. Ubisoft employs some of the finest open-world architects in the gaming industry, and this is their most beautiful map in years.

Freed from the “Creed” and its faux-science and logic, the studio behind “Assassin’s Creed Odyssey” is finally able to make the Greek superhero epic they always wanted to make. And it’s better for it. Fenyx, whose gender can be swapped at any moment, is a fleet-footed character-action hero, complete with launcher combos ala Dante from “Devil May Cry.” This isn’t a game drowning in “systems” and “mechanics” and “grinds” to learn. This is a simple, open-world action role-playing adventure that wears its “Zelda” influence on its sleeve.

It’s not necessarily a criticism that this game’s best ideas come from “Zelda.” Nintendo’s “Breath of the Wild” is all over Fenyx’s adventure, from wing gliders (that can fly much faster and further), to power bracelets that can lift anything, all the way down to the “climb anywhere with a stamina bar” mechanic. But it’s all done with enough distinction and bounce to distinguish itself not just from “Zelda,” but from Mihoyo’s breakaway 2020 online hit, “Genshin Impact.” And while “Genshin” has frustrated players with gambling-based motivators to keep playing, “Fenyx” swoops in to fill the offline, single-player void for anyone hankering for a proper “Zelda”-like experience, especially since Nintendo has been radio silent about the next sequel.

Combat for “Fenyx” succeeds in ways the “Assassin’s Creed” series can’t. Ubisoft seemed keen on turning the protagonist of “Odyssey” into a Greek god, but its grounded realism kept the developers from going too wild. “Fenyx” turns the character loose, as they can fly and jump farther than any assassin or even Nintendo’s Link. It controls just like the recent “Creed” games, but it’s snappier, faster and far more responsive, since its animators are less constrained and can add as much bounce and stretch to how Fenyx moves.

This liveliness extends to the entire art style. “Fenyx” is anticipated partly because it’s a Ubisoft game with an actual art style, as opposed to the dry, Anvil-engine realism of its other games. Here, the engine is used to create a painterly, colorful cartoon epic.

The puzzles can be hit or miss. Like “Breath of the Wild,” this game’s bigger puzzle areas are hidden in holes, kind of like Nintendo’s shrines. They’re transparently all about putting balls and squares in the right areas, which is fine since this game’s version of Greek gods is all about solving random puzzles. They hit a fine balance of what all great puzzle makers in games should do: Make the player feel smart.

The puzzle dungeons have focus in ways the overworld puzzles do not. It’s often very difficult to figure out what kind of puzzle you’re supposed to be solving. (Is it about hitting targets? Lighting torches? Finding random orbs to drop into holes?) While it was mild fun exploring areas to find the puzzle pieces, repeated activities started to dull any sense of adventure, and it started to feel, once again, like a bullet point off an open-world checklist.

Finishing these puzzles are necessary for character growth, especially when upgrading Fenyx’s limited skill set. Don’t expect dozens of choices. This is as straightforward as it gets when it comes to upgrade paths, including the abilities to swim or fly further. While the choices aren’t exciting, they eventually accumulate to turn Fenyx into one of the more responsive, dynamic protagonists to control this past year. And it doesn’t take long before Fenyx starts soaring and bounding and sprinting all over the map. The camera work pans out often to highlight the world, and the entire adventure is more deserving of the “odyssey” label than its big brother series.

I just wish the game would shut up for a few minutes. While this game holds its own well when it comes to the adventuring, fighting and puzzling, you might miss the silence of Hyrule’s fields. “Breath of the Wild” was notable in how little it actually bothers talking to the player, who’s mostly left to their own devices. “Immortals” is trying to make you laugh, and for these adult ears, every joke landed with a thud and a groan. Zeus even makes a joke about the nonbinary gender identity, and while it isn’t intended to offend, it just comes off as trying way too hard to be relevant. There’s no better way to put it: A lot of it is cringe.

The gags come in hard and heavy with the kind of pop culture references you’d find in a DreamWorks 3-D animated movie, which make me wonder if the game is better suited for children. And although I wished I could turn off the jokes, perhaps a bit of Stockholm syndrome started to settle in by hour 10. The game began to remind me of long-forgotten, jokey cartoon platformers of the late 90s and early aughts, like “Jak and Daxter” or “Conker’s Bad Fur Day.” It’s outdated, and thankfully not the norm, but it was (kind of) missed.

“Immortals: Fenyx Rising” turned out to be exactly what it looked like, a fun “Zelda”-like meat on “Assassin’s Creed” bones. It’s a bit like “Ghost of Tsushima,” workmanlike in its premise, but expertly executed. It’s also yet another Greek tale that doesn’t really do anything with its story, but Ubisoft should be encouraged to experiment like this more, and not lock its developers into worn-out, annualized intellectual property that have to follow a set of expectations.

I think anyone looking for an easygoing adventure is going to adore Fenyx and everything they do with the character. “Immortals” is proof that Ubisoft can build some of gaming’s most beautiful worlds, especially when not shackled to expectations of its more established stories. Yes, some of this is “played out.” But at least for Fenyx, it’s worth playing it out.

Sat Dec 5 , 2020
Get ready for the strangest MLB Winter Meetings any of us can remember. This year won’t involve a fancy hotel, rumors coming out of late-night conversations in the bar or lobby, or trades completed in the secrecy of hotel rooms. That was pre-COVID life. In 2020, the most interesting week […] 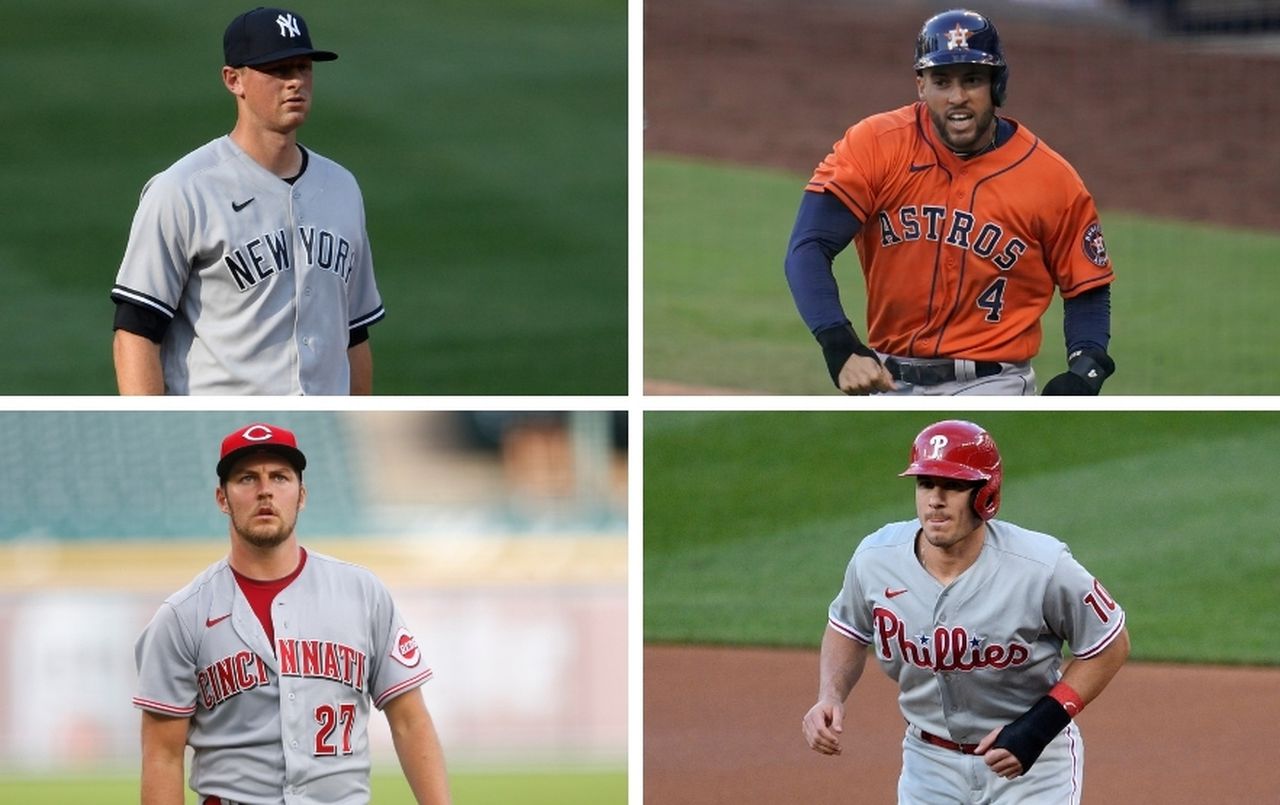