As summer ended and fall began, hotelier Kalpesh Vakil thought the $28 million investment he and his business partner had made on Lincoln Highway East was going to start paying off.

Vakil and his business partner had sunk the money into the Lancaster Host Resort — the county’s second largest hotel — to convert it to the Wyndham Lancaster Resort & Convention Center.

The lengthy, costly process had been completed in January, so Vakil and his partner initially were figuring the project would begin putting the business in the black this spring. The arrival of COVID-19, of course, thwarted that timeline.

Their hopes were rekindled in August and September “as cases went down and people had less fear,” Vakil said.

Then COVID-19 came roaring back, not guests.

“It started again in mid-October to slide down” at the 317-room property, he said. “November was a disaster and it’s going the same way in December … .

“After four years of renovations, we thought this year will be our first profitable year. Now we look for next year to just break even.”

COVID-19 again is devastating the lodging industry here and nationwide, dashing most hoteliers’ hopes for a mild rally this fall and holiday season, according to the operators of 13 hotels here.

With state-set limits on the capacity of attractions such as restaurants and theaters being tightened, and travelers from out-of-state without a negative COVID-19 test being required to quarantine for days, all to limit COVID-19’s spread, any turnaround won’t be imminent.

“It’s going to be a challenging winter,” said Edward Harris, president and CEO of Discover Lancaster, a nonprofit that promotes tourism here.

The rise and fall and rise of COVID-19 this year has had a corresponding impact on the local hotel industry, a major employer in the county.

COVID-19 crushed hotel occupancy in the spring, eased up in late summer and early fall, then hammered the industry again, lowering hotel occupancy in November to 34.3%, according to preliminary figures from STR, a firm that tracks the performance of the lodging industry. (See chart.)

However, the current downturn is not as severe as the spring descent, when hotel occupancy plunged as low as 14.1% in April, STR’s research shows. That figure excludes at least 13 hotels here that closed temporarily as the pandemic virtually wiped out travel. None are believed to have closed due to COVID-19 this time around, according to Discover Lancaster.

Yet dwindling occupancy is not the only worry for hoteliers.

Besides seeing fewer guests than a year ago, they’re having to cut rates to compete for them. The average room rate that guests paid in November was $15 per night below the figure in November 2019, STR found.

Here’s what the operators of some of the roughly 100 hotels in Lancaster County are saying about their situations.

Josh Nowak, director of sales and marketing for the Lancaster Marriott at Penn Square and adjoining convention center, declined to share occupancy figures, but said guests have been fewer and farther between recently at the 416-room hotel, the county’s biggest.

“We began to see an encouraging uptick on weekends through the summer and fall — even had some sellout dates — but additional travel restrictions recently will make December even slower than expected,” Nowak said.

“It seemed like the hotel industry was slowly improving and getting a little closer to normal until COVID-19 sent another wave of infections this fall,” he said.

“We were continuing to see modest improvement, although October is traditionally the best month of the year and we were at less than a third of the projected revenue. … We don’t see a major improvement until mid-year.”

Vakil said occupancy at the Wyndham in November was only 20%; he had expected 53%. On top of that, guests were paying $20 a night less for a room. And if that wasn’t bad enough, the Wyndham’s 90,000 square feet of meeting space has been largely vacant due to state occupancy limits, he said.

“I am not saying that these restrictions are wrong but we feel there is no way out,” Vakil said.

High Hotels — which operates the Hampton Inn and Courtyard by Marriott in Greenfield and the Residence Inn at The Crossings at Conestoga Creek, totaling 389 rooms — is seeing a dichotomy between leisure and corporate travel that many other properties are seeing.

“We continued to see solid occupancies on weekends in November through Thanksgiving thanks to small groups and visitors in need of a weekend getaway,” spokesman Dave Nicholas said. However, “corporate travel remains well below the average during this time of year.”

Consequently, revenue at the three hotels in November was down “well over 50%” compared to November 2019, he said. High Hotels is “cautiously optimistic” that spring might bring the start of a rebound, Nicholas said.

Hotelier Steve Sikking, managing partner of Eden Resort Inn and co-owner of the Fulton Steamboat Inn, says occupancy remains “well under 50%” of their typical occupancy levels this time of year. The Eden, with 300 rooms, is the third largest hotel here.

He doesn’t see the market improving any time soon, as COVID-19 cases climb and cold weather sets in.

He called the third quarter “horrendous” with the exception of an uptick at the end of the summer and in September. “Being a drivable destination definitely did help us,” he said.

Like the other hoteliers, Desai is not expecting a turnaround anytime soon. “People want to go out and there will be a recovery,” he said. “But it’s going to be an uphill battle to even get to that recovery point.”

Hotel woes are not limited to big properties. Small hoteliers are suffering too.

Country Squire Motor Inn in New Holland has only done about half of its typical business for the year, said John Smucker, who bought the 31-room motel and the adjacent café in December 2019 with his wife Heidi.

Restrictions on capacity at nearby Shady Maple Smorgasbord and Sight & Sound theater, as well as restrictions on visitation at nearby Garden Spot Village retirement community, have led to far fewer bookings at the hotel, he explained.

“It’s not a good year to be in the travel industry,” Smucker said.

But the county will still be an appealing travel destination once travel restrictions are loosened, he said, sharing a view voiced by many of the hoteliers as well as Discover Lancaster.

“I think people will always want to travel. And if you have a clean, safe place, they’re going to want to stay there,” Smucker said. “If by next summer people are traveling again, we will be OK.”

Can virtual tourism save local businesses in tourist destinations?

Sun Dec 6 , 2020
Imagine you can visit the beautiful tropical island of Lombok in eastern Indonesia from the comfort of your couch through your laptop or smartphone. Tourists can stay at home while listening to travel agents’ voices explaining localities and looking at places they visit virtually through gadgets. With the COVID-19 pandemic […] 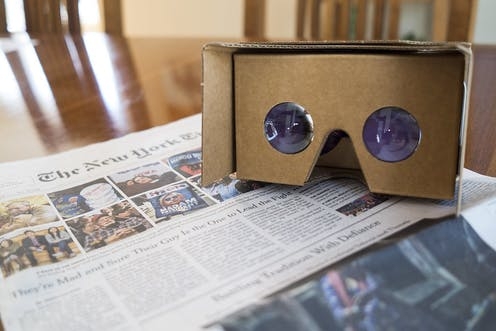