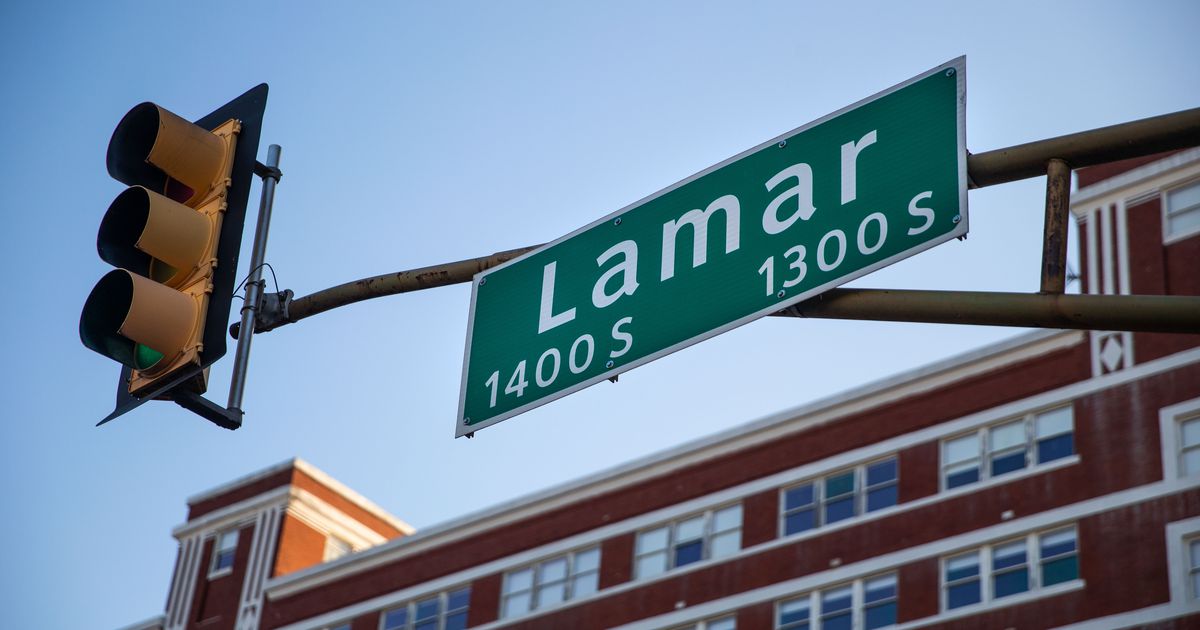 When Chris Norman started an online petition to rename the street where Botham Jean lived and died, the Dallas native wanted people to remember Jean in a way that was impossible to ignore.

“I wanted the city and all police officers to see his name on a daily basis and have no reason to forget,” Norman said.

Norman said he started the petition to rename South Lamar Street on a whim. He was moved to act after Jean’s killer, Amber Guyger, who had been a police officer, was sentenced to 10 years in prison after she was found guilty of murder.

The Dallas City Council is expected to hold a public hearing and then vote Wednesday on whether to rename nearly four miles of South Lamar Street after Jean, a 26-year-old accountant. Guyger shot him in his apartment at the South Side Flats complex — down the street from the Dallas Police Department Headquarters — on Sept. 6, 2018. She testified at her trial that it happened after she got off work and mistook Jean’s apartment for her own, which was on a different floor.

The proposed Botham Jean Boulevard would run between Interstate 30 to South Central Expressway. The remaining portion of Lamar Street, another roughly mile-long stretch north of I-30 through downtown Dallas to Interstate 35E, would not be renamed.

The online petition, which has more than 55,000 signatures, and the street renaming effort was picked up by local activist group Botham Jean Memorial Committee. Later, the idea was formally proposed by Dallas City Council members. While the street renaming has drawn public support from at least three council members and the mayor, some, including members of Jean’s family, have expressed disappointment that the entire street isn’t being renamed for him.

Allison Jean, Botham’s mother, said she feels “it’s a very small, but a significant representation of what Botham meant to the city of Dallas.”

“I believe there are many ways in which Botham can be honored,” Jean said Tuesday from her home in St. Lucia. “I appreciate that this is one of the ways under consideration.” She said she plans to speak in support of the street renaming during Wednesday’s council meeting.

Dr. Pamela Grayson, one of the founders of the Botham Jean Memorial Committee, said the city should go further in its renaming efforts.

“It’s an insult because the initial process was to go for the entire street, but the council got involved and settled for less,” she said.

Norman credited local activists and others for working to make it more than an idea. He said he’d be in favor of part of the street being renamed but said he is reserving his excitement for the day the proposal becomes reality.

“I’ve learned in life to have low expectations for everything so I won’t be disappointed if it doesn’t happen,” said Norman, who says the petition caused him to “stumble” into activism. “I’m pleasantly surprised it’s gotten this far and that the City Council is even considering it. But it’s not a victory yet.”

Jean’s name is among the many Black Americans killed by police officers whose names are chanted in remembrance during protests nationwide calling for policing and racial justice reforms.

Dallas Mayor Pro Tem Adam Medrano filed a memo last summer that was signed by fellow council members Adam Bazaldua and Omar Narvaez requesting 3.7 miles of the street be renamed. That section runs through the districts Medrano and Bazaldua represent.

“Renaming the street in honor of Botham Jean would show the citizens of Dallas that his death was not in vain and show the world that his life mattered,” the July 23 memo to City Manager T.C. Broadnax said.

The proposal was approved by the city’s Subdivision Review Committee in September and greenlit by the Planning Commission in November before being sent to the City Council.

Similar efforts to memorialize Black Americans killed by police officers have occurred in and outside Texas.

Officials in Fort Worth in October approved Atatiana Jefferson Memorial Parkway, named for the 28-year-old woman who was shot by a city police officer through the window of her mother’s home in October 2019 while babysitting her nephew. Grayson said she was involved in that effort as well.

Aaron Dean resigned from the Fort Worth Police Department after he was charged with murder in Jefferson’s killing. He is awaiting trial.

Authorities in Grand Rapids, Mich. also in October approved renaming a downtown street Breonna Taylor Way. Police killed Taylor, 26, last March while she was in her Louisville home, but she was born and raised in the Michigan city. No officers were charged in her killing. One of them, former Detective Brett Hankison, faces charges on accusations he shot recklessly into an apartment near Taylor’s unit.

Johnson told The Dallas Morning News he supports the plan and believes Jean “stood for kindness, faith and service.”

“We need more of those values in our world today,” Johnson said.

Medrano said the initial plan was to rename South Lamar Street from I-30 to Corinth Street, but after discussing it with Jean’s family and Bazaldua, he decided to include all of the roadway south of I-30.

Medrano told The News he didn’t know if the name change would pass but he hadn’t heard any pushback from his council colleagues about it.

“But we’ll see how people feel on Wednesday,” Medrano said. He said he hadn’t spoken to all council members about how they would vote.

In November, Medrano told the City Planning Commission that he didn’t include the north part of Lamar Street in his proposal because he didn’t think he’d get support from Council member David Blewett, who represents the district that encompasses Lamar Street north of I-30.

“It is political, it always is,” Medrano said during the Nov. 5 meeting. ”We wanted to remember Botham. We don’t want any type of drama. So we wanted to make sure we were able to make that name change go through with no problems.”

Blewett said his colleagues never approached him to have any part of Lamar Street in his district named after Jean. He believes the entire street should be renamed — or none of it. Blewett said he would have preferred getting more community input before moving forward with the process, including at least one public forum dedicated to soliciting feedback from all the people who would be impacted on either side of the highway.

“I’m a representative and if my people want it, I want it,” Blewett said. “I don’t think it’s right to just impose a street name change without getting community buy-in.”

A Dallas spokesperson said Tuesday that the city costs associated with changing all the street signs would be around $20,000. The state would also have to pay for any highway signs that need to be changed.

All property and business owners would also incur costs related to the change, which the city wouldn’t cover. According to city records, 122 property owners along South Lamar Street were notified of the potential name change in August.

If approved, the name change would require the City Council to also endorse at least two city code waivers. One to bypass a rule that calls for Dallas roads to have only one name and another that prohibits removing street names commemorating historical figures, sites or areas.

Lamar Street is named after Mirabeau B. Lamar, the first vice president of the Republic of Texas who later succeeded Sam Houston in being elected as president in 1838. Among his acts as president were proposing to use revenue from public lands to finance public education and leading the effort to relocate the capital city from Houston to Austin. He also nearly bankrupted Texas, supported slavery and led an effort that resulted in the killing or forced removal of nearly all Native Americans around the republic.

Allison Jean said the killings of Taylor, George Floyd, Jacob Blake and others since her son was fatally shot have “added another dagger of pain to what Botham suffered.” The last year was particularly difficult, she said, and she noted that it’s been too painful for her to continue to count the names of Black people who’ve died after encounters with police officers. She said she fears for her daughter and three grandsons who live in the U.S.

Allison Jean said she is grateful for everyone who has worked to make sure the public remembers her son.

“I don’t live in Dallas, but I know there are still people in Dallas who will continue to speak on his behalf,” she said. “And that gives me great confidence.”