HUNTINGTON — Carl Bailey said he has used thousands of dollars of his own money to make major improvements at Robert Newlon Airpark in eastern Cabell County and was blindsided to learn the Cabell County Commission was going to terminate his lease with the Cabell County Airport Authority by dissolving it through a resolution.

“I invested all my earnings into that place, invested my time to get it going, and we have developed a place for tourism,” Bailey said. “We got people from literally all over the world come here to skydive, watch airplanes, camp, participate in festivals, listen to live music and eat great food, along with so many other fun events and activities. Now they are trying to take it all away without reimbursing me for anything I have done there.”

Bailey, owner of the Fly In Cafe at the airpark, began managing the state’s only grass runway airport in 2006 under a 30-year lease agreement with the airport authority.

On Tuesday, nearly two dozen people spoke against the resolution at the regular session of the commission.

One of those speakers was David Clark, president of the Cabell County Airport Authority. He said he doesn’t understand the purpose of the resolution.

“What’s the purpose of this resolution, and why do we want to do away with the airport authority?” he asked. “A few thoughts came to mind. If we break that lease, then the lease that the airport authority has with Robert Newlon Airport is broken also, and one of the parts that is implied in the lease is that if the county breaks it, then they have to reimburse the airport or Carl Bailey for the improvements made at that airport, because it’s a money thing. They don’t want to have to make that restitution. They would just like to take it over and not have to worry about that.”

The resolution states the airport authority was granted power to enter contracts relative to the airport but was not given specific authority to bind the commission to any contract.

Ancil Ramey, the attorney representing the County Commission in the matter, said the airport property was deeded by the Huntington Industrial Corp. to the commission on Oct. 26, 1978. The purchase price was $200,000, of which $150,000 came in the form of a grant from the West Virginia Aeronautics Commission. He said the airport authority was created in 1980, and in 1982 it was granted the authority to operate the airport.

Ramey said the airport entered into the 30-year lease with the authority in 1991.

“At that time, instead of paying rent, the consideration was maintenance and upkeep of the airport,” he said. “The lease provided, however — and all the valid leases provided — that if the lease were ever terminated, then the airport would surrender the property, including any improvements, to the authority. Unfortunately, in October 2017, without any authorization by the Cabell County Commission, the airport authority entered into a sublease, changing that opinion to provide that the commission would have the obligation to reimburse the sublessee for any improvements. That was done without any authorization by the Cabell County Commission. These issues didn’t rise in the last week or the last month — they have gone on for years, and the genesis is that 2017 sublease.”

Ramey said at some point the commission began to investigate the operation of the airport authority.

Ramey said termination of the primary lease also would terminate the sublease.

“The resolution also provides that the commission in good faith will negotiate with Mr. Bailey for a fair lease, because the commission has owned this property for 40 years and never gotten a dime,” he said. “There have been no rental payments, no property taxes because the county owns the property, and last year the only property tax paid was personal property tax in the amount of $142.93. So it’s simply unfair to the taxpayers of the county. No other county airport is operated in this fashion. You have publicly owned property that’s being operated for private benefit.”

Ramey went on to say the resolution has nothing to do with the closure of the airport or about the stewardship provided by Bailey.

“The sole purpose of the resolution is to dissolve the authority for the purposes of negotiating hopefully a new lease so the operation of the airport will continue,” he said. “In the interim, Mr. Bailey is a holdover tenant, and he will continue to operate the airport as he’s doing now.”

“Mr. Bailey says he makes no profit, so perhaps there is a solution there,” Ramey said.

Thomas Scarr, a Huntington lawyer representing Bailey, said the 2006 lease is valid, but the 2017 lease was recorded in error.

“There were discussions in 2017 about doing some additional things with the property and extend it, and there was a sublease ready to go, which is pretty normal,” Scarr said. “I was not involved, but it’s my understanding they went to the Cabell County Commission, who said they didn’t want to enter that for a couple of legitimate reasons. What they wanted was for Mr. Bailey to give up any interest in all the improvement that he made, even if they terminated it the next day. That was a no-brainer, so there never was a lease in 2017. The airport authority didn’t have the right to enter into a lease with Mr. Bailey or anyone else. They had it and it was signed, but it should not have been recorded. Recording something doesn’t make it a valid lease; it just gives notice to people. It’s not a valid lease, so we are dealing with the 2006 lease.”

Scarr said he also believes if the commission action results in the shutdown of the airport, it would be a violation of federal law.

“I think it would put them in a potentially liable situation,” he said. “The grant they received to help purchase the property was for it to remain an airport.”

Scarr said to hear the level of emotion and commitment from speaker after speaker during Tuesday’s meeting is a testament to the importance of the airpark.

“I am not here in my official capacity, but as a private citizen and pilot of 40 years,” he said.

Dodrill said student-pilots from Marshall University’s Bill Noe Flight School, which is on track to open in fall 2021, would benefit from keeping Robert Newlon Airpark open.

“They will be able to learn how to land and take off from a soft field,” he said.

Amanda Adkins told the commission that nearly 3,500 people had signed an online petition as of Tuesday morning to save Robert Newlon Airpark.

“I started learning to fly out there, and my favorite restaurant is there,” she said. “People in the community really love this place, and that’s the reason thousands have signed the petition to save it.”

Harry Moore said he comes to skydive at the airpark and believes it generates lots of economic benefits for the county.

“When I come to skydive I get a rental car, stay overnight in a hotel and so it is an economic generator for the county,” he said.

Others talked about the positive aspects of the airpark, from the cafe to skydiving and the RV campgrounds.

“Why would you want to take away something so positive for Cabell County?” asked Anthony Fields, a pilot who said he frequently flies in and out of the airpark.

At the end of the public speaking portion of the meeting, commission President Nancy Cartmill explained the commissioners have the authority to dissolve the authority, appoint a new authority if they choose, or run the airport themselves.

“We are here today in the matter of a resolution dissolving the Cabell County Airport Authority,” she said.

However, Commissioner Kelli Sobonya said she would not make a motion to move the resolution to a vote or even second a motion if one were made.

“I think it would be incumbent on all of us to have mediation to determine which lease is valid or not valid,” she said. “I have a concern if you do eliminate this authority today by resolution that the ability to have something in place that would be fair and equitable to not only those here in this room, but also the Cabell County taxpayers, would be gone. It’s not the County Commission’s land. It’s the citizens of Cabell County and their land.”

The resolution was eventually tabled by a motion from Commissioner Jim Morgan after he said there were more questions that needed answered.

“If the authority were dissolved today, where does Carl Bailey stand? He is a remainder with the lease. What does that mean? Is the lease good or not?” Morgan asked. “I would like to move it to a date and take the authority as they are, assuming Mr. Howell and others are willing to participate, and the attorneys who have indicated on Mr. Bailey’s part that there may be some numbers we are interested in seeing that we haven’t been able to before, and go from there. Maybe there is something due to the county.”

Morgan moved to have the matter put on the Thursday, Feb. 11, 2021, agenda of the regular commission session, which passed unanimously.

Wed Nov 25 , 2020
This summer, MarketWatch spoke to four college students as they prepared for a fall semester unlike any other. We recently checked back in to see how the pandemic has affected their studies and the way they’re thinking about their futures.  The fall semester has been busy for Luz Chavez. The […] 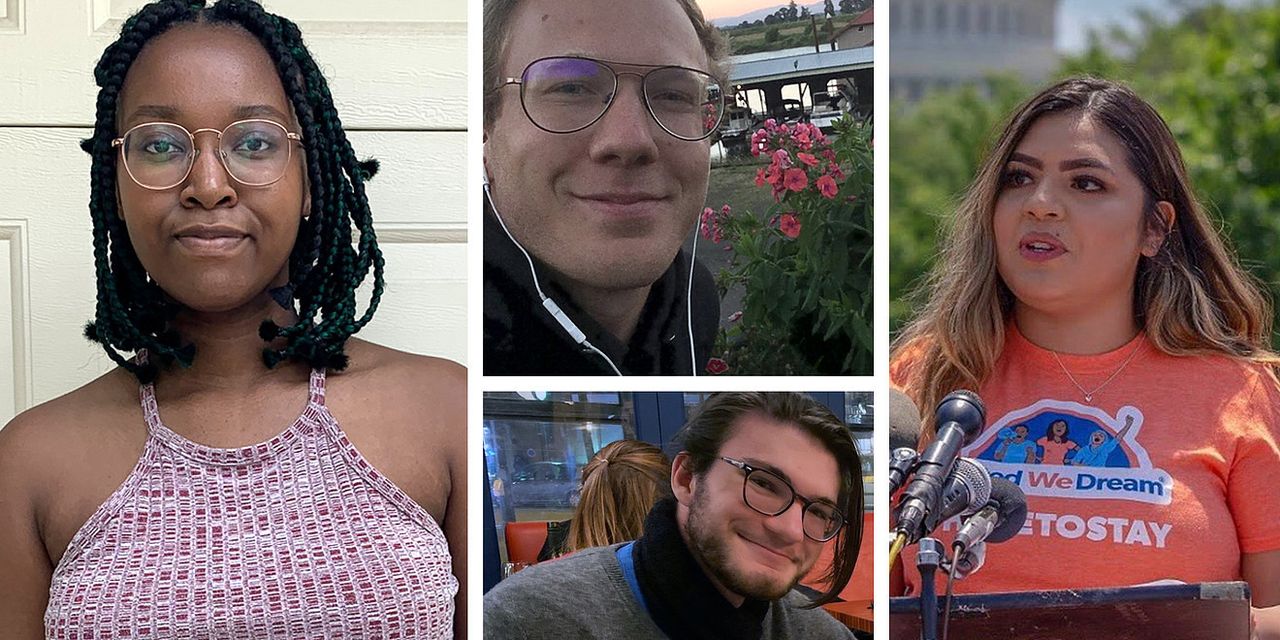