Day one of Johnny Depp’s libel trial in the U.K. kicked off on Tuesday as he and Amber Heard came face-to-face for the first time in years. The Aquaman actress looked on as Depp testified that while he’s taken “every drug known to man” he is not the “monster” she has made him out to be, setting up what looks to be an explosive three weeks in court.

Depp is suing News Group Newspapers (NGN), owner of the Sun, and the tabloid’s executive editor, Dan Wootton, over a 2018 article which called him a “wife-beater.” Heard has remained steadfast in her claims that she was the victim of domestic abuse in over 13 incidents from 2013 to 2016, which the Pirates of the Caribbean star vehemently denies.

“The Defendants will suggest that either Mr. Depp is a pathological liar or his excessive alcohol and drug abuse have detached him from any insight into his own conduct,” the Sun‘s lawyer, Sasha Wass, said in her written opening statement obtained by Yahoo Entertainment. “Either way, what he did to Amber Heard was to beat her. The description of him in the online article in the Sun newspaper is correct, true and accurate.”

Heard, covering her face with a red bandana, arrived at court hand-in-hand with her sister as Depp’s request to bar her from the courtroom was denied by the judge. The actor argued her testimony would be influenced if she was present while he was cross-examined. Heard will testify on behalf of NGN and Wootton as the defense relies heavily on her accusations.

According to the Guardian, Heard “sat out of sight above in the public gallery, observing closely” as she watched her ex-husband take the stand on Tuesday. The actor apparently “sometimes restricted himself to one-word” answers and “let his voice dip intermittently, forcing the judge to remind him to speak up and not answer questions merely with a nod.”

Depp, 57, and Heard, 34, met filming 2011’s The Rum Diary. The couple divorced in May 2016 — although there was a new development about that in court. While Heard claims she ended the marriage after another violent incident, Depp said in his written witness statement he decided to divorce Heard after she “or possibly one of her friends” defecated in their marital bed.

“Ms. Heard confessed to our estate manager, Kevin Murphy, that leaving the feces in the bed had been ‘just a harmless prank,’ thereby effectively acknowledging that she had been responsible, whereas she had previously sought to blame our dogs,” Depp said, according to the statement, according to Page Six.

Drugs were a recurring theme throughout the day. Under cross-examination by Wass, Depp was grilled about giving 21-year-old daughter, Lily-Rose Depp, marijuana when she was 13.

The Evening Standard reports Depp admitted to giving Lily-Rose marijuana from his “trustworthy” stash as he was worried about her doing it in an uncontrolled environment and “going into some sort of paranoid tailspin.” Depp said he discussed it with his former longtime partner Vanessa Paradis, who is Lily-Rose’s mother.

“I know the most important thing for a child if you are going to do something like that — I would rather have them be honest with me and me be honest with them, so she doesn’t go out there and do things and hide them from me,” Depp said. “I want her to trust me. If my daughter says she was ready, she was ready. I wanted to make sure the settings were perfection, put on family TV, fill the refrigerator with ice cream, fill the freezer, make a situation where the experience is as pleasant as possible.”

The actor told Wass, “If this is wrong in your eyes, I appreciate what you think but I was raising a daughter and I was being a responsible parents so far as I’m concerned.”

Depp was confronted about his own drug use as Heard has alleged she was often abused when the actor was in an intoxicated rage. He admitted to taking various drugs over the years — including cocaine, marijuana, LSD, ecstasy, magic mushrooms and prescription drugs — calling them the “only thing I found to numb the pain,” per Page Six. He admitted to taking “every drug known to man” starting at a young age and cited his difficult childhood and struggle with his fame.

Depp said Heard, who he claims was the aggressor during their five-year relationship, told “the world that she was in fear of her life from me, and I had been this horrible monster, if you will.” He insisted that’s “not the case.”

Depp was forced to address past alleged violent incidents as he was confronted by Wass about trashing a hotel room in New York in 1994. Depp admitted to having a “particularly bad couple of days,” but denied having a “nasty, angry side.”

“I don’t know the exact amount of damage,” he responded when it was suggested he caused $10,000 damage, calling it “a few dents. Yes.”

“I was angry. That didn’t mean I had an anger problem,” he added. “On that occasion I chose to express my anger.”

Depp was also asked about Ellen Barkin, whom he dated in 1994. Barkin claimed he got jealous and angry, and that during the filming of 1998’s Fear and Loathing in Las Vegas he lost his temper and threw a bottle of wine across the room.

As for Heard, Depp claimed Heard had “an agenda” and pursued him in order to “progress her own career.”

“She was beautiful, seemingly incredibly interested in me and my work, and I fell for it,” he said in court documents obtained by People. “She bombed me with what appeared to be love. It was not until much later that I understood that she had an agenda, namely to get married to me in order to progress her own career and/or to benefit financially, and she knew how to bring it about.”

He added: “She knew what she wanted, and I was an easy target.”

Wass said in her written opening statement that the defendants “will demonstrate the description of Mr. Depp as a ‘wife beater’ is entirely accurate and truthful.”

“They will show that the sting of the articles is correct – namely that the [Johnny] beat his wife Amber Heard causing her to suffer significant injury and on occasion leading to her fearing for her life,” Wass stated, adding they have “witness testimony, medical evidence, photographs, video, audio recordings, digital evidence and Mr. Depp’s own texts” to support that he’s a “wife beater.”

Wass described Heard as an “intelligent and independent woman” whose “independence and self-determination gave rise to a series of conflicts” with Depp, who wanted to “control Ms. Heard’s social life and career choices.”

“As a result of her having her own career, disputes between the two increasingly arose where Ms. Heard’s professional life clashed with Mr. Depp’s desire to dominate the relationship,” Wass alleged. “These conflicts manifested themselves in arguments where Mr. Depp became abusive and aggressively jealous, on occasion falsely accusing Ms. Heard of having sexual relationships with her co-stars.”

James Franco and Elon Musk are a few of the high-profile men who have been mentioned in the actors’ ongoing legal battles.

Wass made note of the fact Depp was “twice her age” when they started dating and that Heard was only 23 years old and at “the start of her career” when she was cast.

“Matters were not helped by the generational difference between Ms. Heard and Mr. Depp which fueled Mr. Depp’s insecurity. This exacerbated his well-documented dependence and excessive abuse of alcohol and controlled drugs which dated back to Mr. Depp’s time as a young man,” Wass argued.

“On the occasions when he failed to control his alcohol and substance abuse, Mr. Depp turned his rage and frustration on Ms. Heard,” Wass continued. “On such occasion Mr. Depp’s aggression typically descended into physically destructive behavior, including the use of violence against her. His ‘wife beating’ behavior included throwing objects at her, slapping her across the face, kicking her, gripping her around the throat and threatening to kill her.”

“In periods of sobriety following Mr. Depp’s destructive rages, he recognized the problems he faced, apologized to Ms. Heard and blamed what he described as ‘his illness.’ He referred to his drunken and violent persona as ‘the monster,’” Wass said.  “When sober, Mr. Depp was capable of kindness, charm and generosity. The side of character which he described as ‘the monster’ was jealous, controlling, violent and savage. It is these characteristics which qualify him for the term ‘wife-beater.’”

Depp’s attorney, David Sherborne, argued in his written opening statement the actor “is not and never has been a wife beater” and the lawsuit against the Sun is “not a case about money” but about “vindication.” According to Sherborne, Depp has come to “clear his reputation,” maintaining Heard “invented these stories of serious violence” and that she was the “abuser” in the relationship.

Depp is expected to answer questions for three days.

This won’t be the former spouses only legal showdown. In the U.S., Depp is suing Heard for $50 million for defamation over an op-ed she wrote for the Washington Post in which she talked about being the survivor of domestic violence.

Tue Jul 7 , 2020
A few years ago, Skyscanner and other travel price-comparison search brands risked losing relative popularity. Consumers were switching to mobile devices, and metasearch brands don’t make as much money on mobile as a rule. But new e-commerce design tricks may catapult Skyscanner and its peers into more relevant positions again. […] 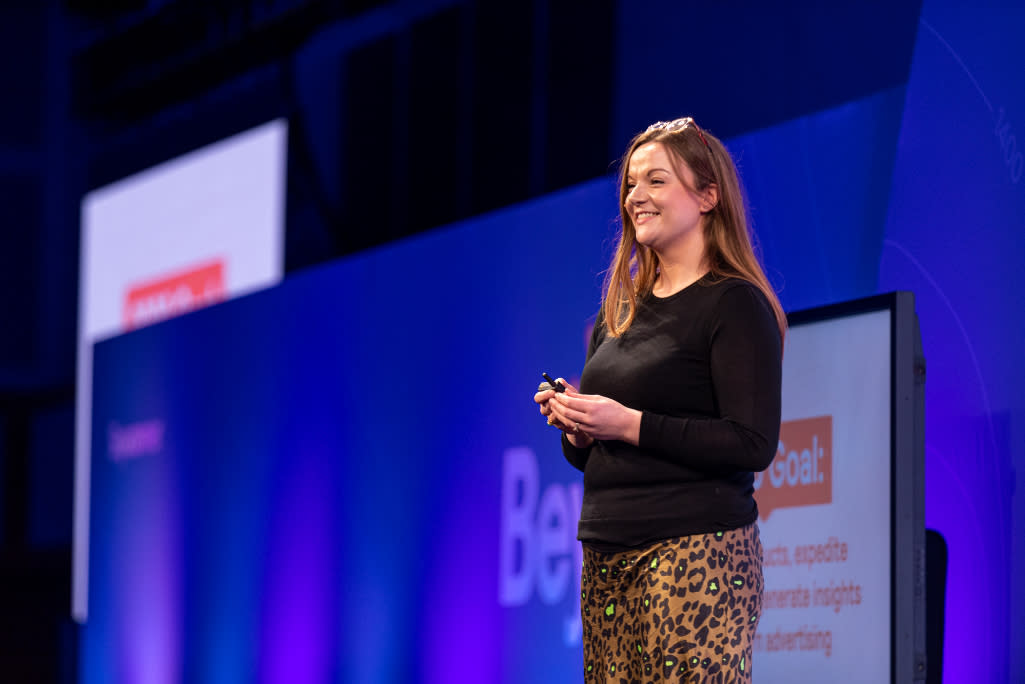