The holiday season is finally upon us, and that means plenty of people will receive a Nintendo Switch over the next few weeks. Nintendo’s latest system has proven to be a massive hit with audiences around the world, and it seems that popularity will only continue to grow throughout the following year. For newcomers to the console, or those that have had the system for a bit, there are lots of things that can be purchased to make the experience more enjoyable. If you’re looking for the perfect gift for a Nintendo gamer, this guide should give you a good idea of what to look out for this holiday season!

This list features a mix between games for the console, and items designed to go with it. Every gamer’s personal preference will vary, but the titles listed in this guide should give readers an idea of some of the better options available on Nintendo Switch, as well as a few that might have slipped through the cracks. There are also a number of options for traveling with the console, which is easily one of Switch’s biggest highlights. This list doesn’t encompass every great option for the system, but these games and items are things that I’ve found helpful, and others might, too!

Note: This is not a sponsored post, but if you purchase one of the awesome products featured herein, we may earn a small commission from the retailer. Thank you for your support.

Animal Crossing: New Horizons has proven to be one of the biggest games of the year, and it’s a must-have for Switch owners looking for a way to unwind. Players that want something action-packed will have to look elsewhere; Animal Crossing’s laidback atmosphere is perfect for small bursts on the go. For those that have already spent quite a bit of time with Nintendo’s life-sim game, Story of Seasons: Friends of Mineral Town offers a similar concept, with a heavier focus on farm management.

Our Story of Seasons: Friends of Mineral Town review can be found right here.

Where to Buy Story of Seasons: Friends of Mineral Town: Amazon

For those looking for a classic Mario Kart experience, Mario Kart 8 Deluxe remains the quintessential experience, which is why it’s frequently offered as a pack-in alongside the system. For those looking for something a little bit different, Mario Kart Live: Home Circuit takes the Mario Kart concept and transports it into the player’s home. The game allows players to build their own tracks around the house and race through them controlling a Mario Kart toy using the Nintendo Switch. The faster settings will require more space around the house, but 50cc mode should provide a lot of fun for most players!

4. The Legend of Zelda: Breath of the Wild and Hyrule Warriors: Age of Calamity

Launching alongside the Nintendo Switch, The Legend of Zelda: Breath of the Wild is still one of the most beloved games on the system. For those that have already played the game, Hyrule Warriors: Age of Calamity is a brand-new game that offers a prequel to the Breath of the Wild. The gameplay is more action-oriented than the traditional Zelda experience, but for those looking to take on swarms of foes in an all-new adventure, it should prove to be a big hit.

Where to Buy Hyrule Warriors: Age of Calamity: Amazon

When it comes to controllers, very few can even come close to the Nintendo Switch Pro Controller. This wireless controller from Nintendo is the perfect thing for those that plan on spending the majority of their game time in front of the TV, as opposed to playing in handheld mode. There are only two drawbacks: it’s a little bit pricier, and there isn’t an audio jack. Thankfully, PowerA’s Enhanced Wired Controllers are far cheaper, and many of them feature a headphone jack, as well. The trade-off is a tether to the dock, but the controller cord offers a good amount of distance.

The Nintendo Switch Joy-Con controllers can be a bit fragile. Drop the console in just the right way (as this writer once did) and you could end up breaking the connector that keeps the Joy-Cons secured to the Switch itself. As such, the JETech Protective Case is the perfect thing for players that plan on taking their Switch out and about. The material will protect the system from drops, and it adds a nice bit of extra grip. That said, buyers will want to grab one of the many tempered glass screen protectors available, as well.

There are lots of carrying case options for Switch, but tomtoc’s offerings tend to be some of the nicest available, whether it’s for the standard Switch, or the Switch Lite. The cases are water resistant, allow for game card storage, and just have a really nice look and feel to them. For those interested in the JETech protective case mentioned above, the console won’t fit in a tomtoc case with it on, but it can be easily removed.

What the PDP Light-Up Dock Shield lacks in functionality, it makes up for in design. The Nintendo Switch Dock looks sleek enough on its own, but the Dock Shield adds light-up faceplates based on some of the bigger Nintendo properties, including Mario and Zelda in one set, and Pokemon in the other. It’s just a nice little extra for gamers that want to add a bit of mood lighting.

For Switch owners looking to find some games on their own, or maybe just some downloadable content to extend their current gaming experiences, eShop gift cards make for a perfect gift. The cards come in a variety of increments, from $10 to $99, and that money can be put towards a Nintendo Switch Online subscription, as well. In fact, Nintendo sells gift cards for those subscriptions, as well!

Fri Nov 27 , 2020
article ATLANTA – An Atlanta business owner has faced unexpected hardships this year, but she hasn’t let it get in the way of achieving her goal.  Tammy Gammon is the owner of Three Dream Designs, a business that sells handmade accessories, clothing, and paintings.  Gammon, a former educator, started creating […] 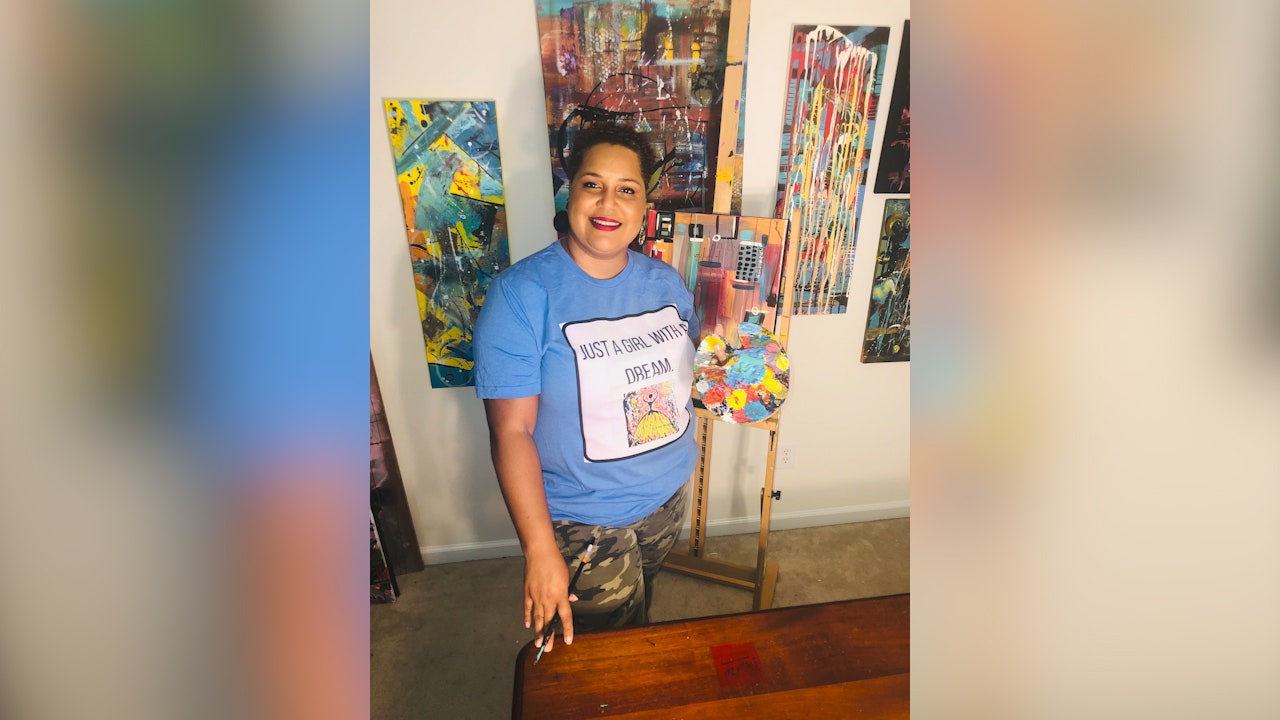