The entire 2020 college football season sits on the precipice of oblivion. Teams and conferences alike are wrestling with the question of postponing or canceling their most precious, prized and valuable asset. They’re balancing questions of safety for players against certainties of financial and emotional hardship. And they’re trying to make this decision for a sport where passions run among the highest and hottest in the country, where any choice will bring down nuclear heat. Good luck with that.

Put simply: Playing means accepting the possibility of dire health consequences (and associated liability). On the other hand, not playing means the absolute certainty of loss: eight- and nine-figure revenue shortfalls, opportunities missed for players, shared experiences of joy and community for millions of college football fans.

Does the risk of venturing forward outweigh the certainty of shutting down? That’s the question the entire country has wrestled with over the last five months, and now it’s college football’s turn. The wolf has been lurking since mid-March, and now it’s at the door. What now?

We — and by “we,” I mean Americans in 2020, the media, college football fans, you, me, all of us — polarize, personalize and politicize every argument. We cast ourselves as compassionate, knowledgeable, clear-eyed heroes and our opposition as cruel and naive, intellectually and morally bankrupt.

What if, just as an exercise, we tried a different tactic? What if we looked at arguments on their merits, rather than dunking on them? How does the argument to keep college football going hold up then?

Facts first: On Monday, a coterie of Big Ten coaches, staring down the apparent looming end of their season, spoke out in favor of keeping the season going. Some, like Ohio State’s Ryan Day, cited the work that the players have put in, saying “Swinging as hard as we possibly can right now for these players!! This isn’t over!”

“I love our players & believe it is my responsibility to help them chase their dreams, both collectively & individually,” tweeted Penn State’s James Franklin. “I am willing to fight WITH them & for our program!”

Others, like Nebraska’s Scott Frost, laid out the stark financial reality of a canceled season: “The biggest factor is if we don’t play football, we’re not going to be able to pay for anything here until we start making money again.”

When one way lies certain devastation, there’s an understandable instinct to at least consider the other way, no matter the risks. Put in basic football terms: When the run isn’t working, you look to the pass. That’s not heartless, that’s just reassessing your options.

All too often, critics of the ongoing push to play college football use arguments that are condescending (the players are just naive kids!), overheated (the universities are sacrificing players to COVID!) or simplistic (shut it down, shut it all down!). But before we go that route, why not just take a bit more time to look down the other road?

It’s entirely possible — let’s be honest, it’s extremely likely — that colleges will determine that the potential health risks are worth the certain financial losses. No college football season is worth the life of even one player, and a normal college football season would have 13,000 of them, not to mention the more at-risk groups associated with a season: coaches, university workers, fans, and so on.

That is a risk, but let’s focus for a moment on certainty. It’s indisputable that football presents the greatest face-to-face contact, and thus the greatest risk of COVID-19 transmission, of all the major sports. But other sports have proven that it’s possible to move forward in a reasonably safe and responsible way. And the NFL will take the field before several of the Power Five conferences do, and you can bet The Shield will do all it can to steer a safe path forward for football.

Plus, players at campuses with in-person attendance won’t automatically be safer from infection just because they’re not playing football. According to the Chronicle of Higher Education, only 30 percent of colleges have already declared that they will be primarily or fully online this fall, with another 27 percent undecided. The virus remains a clear and present danger at the universities that choose to discontinue football but still bring students back to campus. The risk of travel would be gone, but the risk of transmission on a college campus remains a constant possibility.

Alabama’s Nick Saban touched on this very point Monday, noting that Alabama has testing available to players, and contending — with more optimism than scientific certainty — that “our guys aren’t going to catch [the virus] on the football field. They’re going to catch it on campus. The argument then should probably be, ‘We shouldn’t be having school.’ That’s the argument. Why is it, ‘We shouldn’t be playing football?’”

(Granted, the risk-versus-certainty equation doesn’t factor in the moral question of asking players to risk their health and their future for the exact same benefits they’ve always gotten — a scholarship and room and board. Morality’s a separate issue here, and one the players would be wise to play up before they take the field.)

We know a lot more about the pandemic than we did in March, but there’s still so much that we don’t know. We don’t know how well testing will scale up in the coming weeks and months. We don’t know if a vaccine will be widely available in time to preserve even the 2021 season. We don’t yet know the long-term effects of COVID-19 infections. Any of those answers could alter the entire trajectory of the sport.

What we do know, what we’ve seen already all around us, is that the absence of a beloved activity — a sport, a business, a community — has disastrous effects. It’s worth just considering what few options are still possible to avoid that certain devastation.

Tue Aug 11 , 2020
Simon Calder Wizz Air has apologised to passengers who were turned away from an Athens-bound flight for perceived flaws on the Greek “passenger locator form” (PLF). Twenty-eight passengers were offloaded from the airline’s flight W9 4467 from Luton to Athens on Thursday 6 August. Some were denied boarding by ground […] 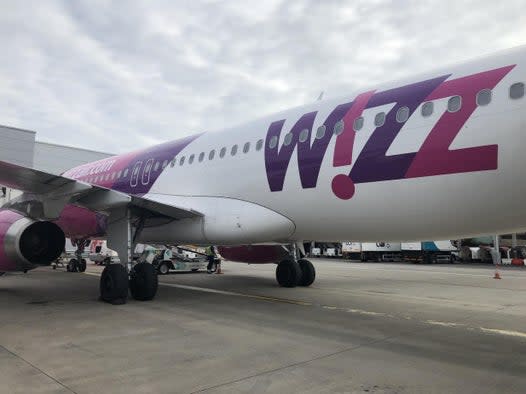