She’s not having it! Billie Eilish shuts down haters who criticize her signature green-and-black hairstyle in the most epic way.

On Monday, December 21, the 19-year-old hitmaker took to her Instagram Story to share a story about her dog. But before she got to it, she had a little something to say some critics.

“F-ck you guys. Stop making fun of me,” she says through light laughs. “Oh my god, I’m making you an album. I will not put it out if you keep making fun of my hair. Shut up!”

She goes on to say that she’s planning on switching it up shortly. “I’m changing it after the doc comes out. It will be the end of an era. I’m going to give you a new era. I have announcements to make. I got some s–t to put out.”

Though she’s ready for a change, she doesn’t want to hear it from anyone else. “Anyway, it doesn’t matter,” she continued. “Leave me alone, let me live with my f–king hair that I’ve had for way too long. Ok? Shut the f–k up.”

This isn’t the first time the “Bad Guy” singer has clapped back at online haters. After posting an Instagram photo of herself in a bikini while on vacation, the Grammy Award-winner told Dazed magazine she received some backlash.

“I saw comments like, ‘How dare she talk about not wanting to be sexualized and wear this?!’” she told the publication in April. “It was trending. There were comments like, ‘I don’t like her anymore because as soon as she turns 18 she’s a whore.’ Like, dude. I can’t win.”

60 Years of Grammys Fashion: The Best Styles Through the Decades

She then proceeded to make an even bigger statement, releasing a spoken word short film called Not My Responsibility. As she strips down out of an oversized black hoodie, she reflects on the varied criticism she faced.

“If I wear what is comfortable, I am not a woman. If I shed the layers, I’m a slut,” she says, as she started to pull up a black tank. “Though you’ve never seen my body, you still judge it and judge me for it. Why? We make assumptions about people based on their size. We decide who they are, we decide what they’re worth.”

Listen on Spotify to Get Tressed With Us to get the details of every hair love affair in Hollywood, from the hits and misses on the red carpet to your favorite celebrities’ street style ‘dos (and don’ts!)

Tue Dec 22 , 2020
Walker Ryan got two important things when he was 14: his first skateboarding sponsor and a box of books written by his grandmother. He can’t remember whether it was the Teenage Mutant Ninja Turtles or his friend’s older brother who got him interested in skateboarding. Forgive his fuzzy memory: He […] 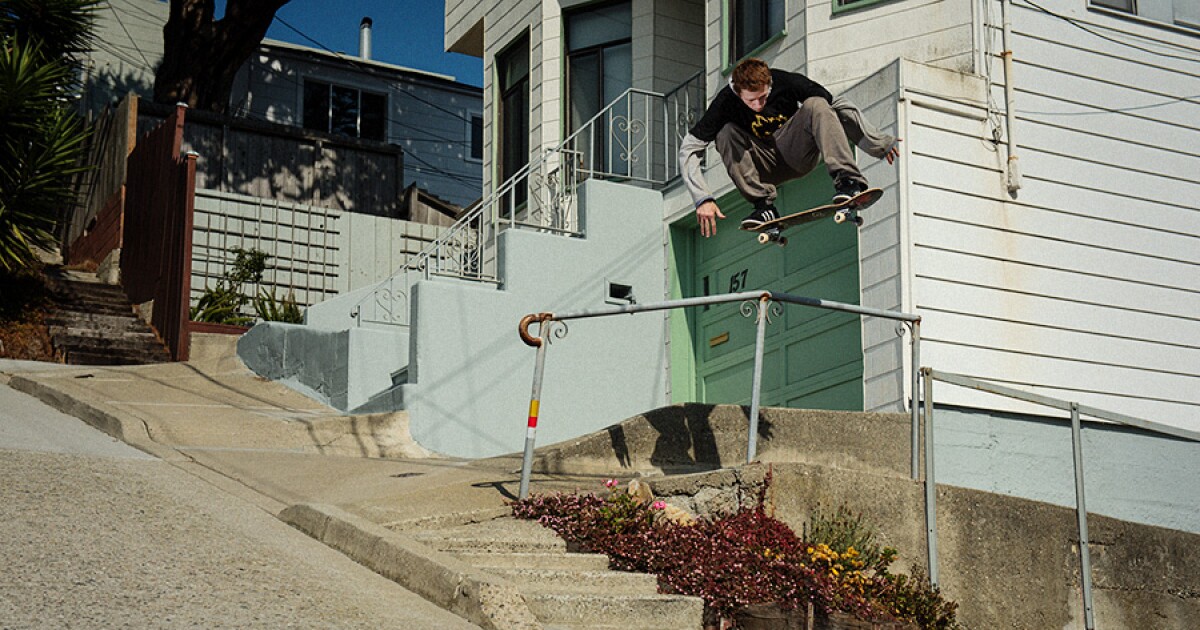