The coronavirus pandemic already has permanently shuttered 24 eateries in her scenic town of about 93,000 people. Button is trying desperately to avoid becoming the 25th.

“They can’t just walk away and go home to campaign,” she said. “It’s getting worse and worse…We need help.”

Button’s plight illustrates the economic consequences of Washington’s failure, after months of intermittent negotiation, to deliver a fresh economic stimulus package. President Trump on Tuesday abruptly halted talks with House Speaker Nancy Pelosi with the administration and House Democrats roughly $1 trillion apart on how much aid to provide, tweeting that he would resume work on the measure “immediately after I win” re-election.

The president and his congressional adversaries picked a bad time for gridlock. Job growth is slowing, businesses are closing, and cooler weather is driving people inside where the virus flourishes. In September, for the first time since the pandemic began, the Homebase gauge of small business activity declined, signaling weakness ahead.

“It is completely avoidable, if they would just provide some stimulus. It is so obvious what needs to be happening,” said Nan Whaley, mayor of Dayton, Ohio, who confronts a $10 million budget gap that will likely force cuts to police and fire services.

When the coronavirus lockdowns began in March, the White House and Congress quickly agreed to spend nearly $3 trillion to help the economy through the worst of the pandemic. But much of that aid lapsed months ago, leaving households and businesses exposed.

The expiration this summer of enhanced unemployment payments triggered a decline in August’s disposable income reading. On again, off again negotiations between the administration and lawmakers failed to reach agreement on new measures to contain the virus and repair the economic damage.

In recent days, companies that endured the pandemic’s first half-year without permanent job losses — such as Walt Disney, Houghton Mifflin and Allstate — announced layoffs. United Airlines, American Airlines and other air carriers hurt by the collapse of travel have also begun tens of thousands of cuts.

Earlier this week, the owner of Regal Cinemas announced it would close all of its 663 movie theaters in the U.S. and United Kingdom, imperiling 45,000 jobs. And state and local governments, which already have trimmed 1.2 million workers over the past year, face budget shortfalls that will require additional pink slips.

Furloughs once billed as temporary have hardened into permanent job loss for an increasing number of workers. And almost 11 million Americans who had jobs in February remain unemployed, even as the labor market is slowing.

At last month’s hiring pace, it will take until early 2022 to regain February’s number of jobs.

“I have not gotten a penny of unemployment. I get a robo-call every two or three days, saying I’m in the queue,” she said. “I’m at a loss. I don’t know what to do.”

She and her husband, Jonathan, 49, have secured six months of forbearance on their mortgage payments. And they expect to cover their other bills with his salary as a driver for UPS.

“We’re like everyone else,” she said. “We have a mortgage. We have bills to pay. It’s been hard.”

Suffering from an autoimmune disorder, her employment prospects amid a contagion are slim. She and her husband plan to sell their home in the spring and downsize to a smaller place. Even if Washington eventually provides additional help, she worries about the long run.

“How long can they continue the stimulus packages?” she said. “Our country is so much in the hole. I worry about what we’re leaving our children.”

The unique nature of this recession also worries some economists. The U.S. failure to contain the coronavirus has interrupted the education of millions of American schoolchildren and caused a sizable labor force exodus of women who lack adequate childcare.

“This could be permanently damaging,” said Lisa Cook, an economics professor at Michigan State University, who worked in the Obama White House. “The whole economy is going to be worse off because these kids are worse off. We are losing our future labor force. We’re settling for lower living standards in the future.”

To be sure, after suffering the sharpest plunge in recorded history during the second quarter, when output contracted at an annual rate of 31 percent, the economy has bounced back stronger than many economists anticipated in the dark days of March.

Tom Porcelli, chief U.S. economist for RBC Capital Markets, cites a steady decline in the total of continuing claims for unemployment benefits as a sign of genuine progress. From a peak of 22.8 million in early May, the number of those receiving jobless benefits has been cut in half, according to the Bureau of Labor Statistics.

Yet at year end, the U.S. economy is still expected to be smaller than it was a year ago. And nearly 98,000 businesses have permanently closed their doors, according to Yelp, the online review site.

“The economy needs a bridge and the bridge is fiscal stimulus,” he said. “There is absolutely a need.”

Without immediate pump-priming, the economy may come dangerously close to “stall speed” in the last three months of the year, according to Oxford Economics. Economist Michael Feroli of JPMorgan Chase is more upbeat, projecting annualized growth of 2.5 percent in the fourth quarter.

The president’s abandonment of talks with Pelosi sent the Dow Jones industrial average sharply lower on Tuesday into a nearly 600-point plunge on Tuesday. Investors Wednesday took solace from late-night Trump tweets backing separate measures for a new round of $1,200 individual checks or an airline industry bailout, which already have been rejected by Democrats who favor a comprehensive approach.

The importance of fiscal support was evident this summer, when Walmart credited government stimulus checks for delivering a more than 9 percent gain in same-store sales compared to the same period in 2019.

But in July, the final month of the company’s second quarter, that increase dipped to 4 percent, as customers retrenched in anticipation of the expiration of enhanced unemployment benefits, executives told investors.

The earlier benefits were critical to supporting consumer spending at a time of high unemployment. By halting support, at least for now, the administration and Congress are defying increasingly loud pleas for help from the Federal Reserve.

Earlier this week, Federal Reserve Chairman Jerome H. Powell told an audience of economists that the Fed had “deployed the full range of tools at our disposal,” but needed those who control government spending to act.

“There is still a long way to go,” he said. “…Too little support would lead to a weak recovery, creating unnecessary hardship for households and businesses.”

To some economists, a premature end to government support risks repeating mistakes made after the 2008 housing bubble collapse. Layoffs then by cash-strapped state and local agencies delayed the return to pre-recession unemployment rates by four years, according to the Economic Policy Institute.

In Dayton, Whaley said she already has laid off “dozens” of workers at the city’s airport and closed two of the three municipal golf courses. Further cuts are likely in police and fire services.

“These are real tough decisions we’re going to have to make. There’s no fat left here,” she said.

In Asheville, with the state limiting indoor dining, Curate’s revenue is stalled at just 40 percent of last year’s figure. But Button’s loss is not her problem alone. Her customary payments to area workers and farmers have dropped by $2.5 million.

Button, who owns two successful eateries, got a government-backed small business loan that she says helped her navigate the pandemic’s first months. But she’s watched in frustration as lawmakers and administration officials spent months debating additional economic aid even as public health officials warn Americans to be cautious about venturing into restaurants.

The Independent Restaurant Coalition, an industry group, hoped for a $120 billion bailout in any final stimulus measure.

“You can’t say we’re not different from other industries,” she said. “Ninety to ninety-fie percent of every dollar that we take in is going right back out the door into our communities. The risk of doing nothing is far greater than the risk of giving restaurants what they need.

Thu Oct 8 , 2020
If Craig Carton is indeed headed back to WFAN soon, he will return to the radio station with almost every detail of his rise and fall known. “Wild Card: The Downfall of a Radio Loudmouth” debuted Wednesday night on HBO. It details Carton’s career ascendance to the “Boomer and Carton” […] 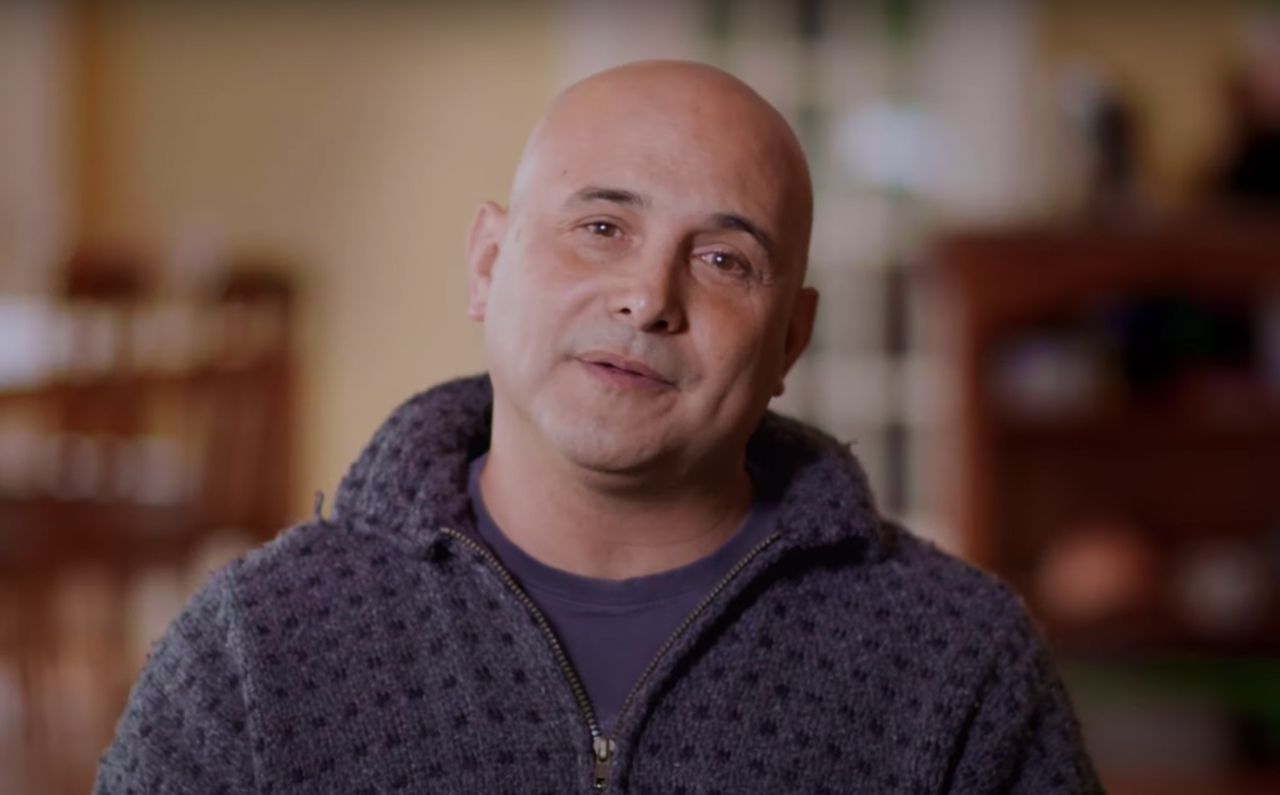