If Craig Carton is indeed headed back to WFAN soon, he will return to the radio station with almost every detail of his rise and fall known.

“Wild Card: The Downfall of a Radio Loudmouth” debuted Wednesday night on HBO. It details Carton’s career ascendance to the “Boomer and Carton” morning show with Boomer Esiason, his crippling gambling addiction and stunning arrest and the federal fraud charges – he used funds designated for a ticket brokering business to cover blackjack losses – that cost him his job and freedom.

The documentary was directed by Martin Dunn, the former editor-in-chief of the New York Daily News, and Marie McGovern, a Neptune resident and former Daily News assignment editor for their Street Smart Video production company, Dunn and McGovern spent extensive time with Carton after his arrest all the way through his sentencing and eventual incarceration. They then visited with him several times in prison and then again after he was released in June after a little over a year behind bars.

Here are 10 takeaways from the film as rumors persist Carton will soon be back on the air at WFAN:

Carton’s spiral started, in part, with an on-air stunt: Carton lamented his “Boomer bet,” when he bet Esiason over several weeks on the show he could double a $10,000 advance in blackjack and made good on it. “The real problem … is that I won,” Carton said. “As a result of that win, I’m ‘The Blackjack Whisperer.’”

Carton’s addiction was out of control: Carton says he was given $30 million by others to bet on blackjack. He would make secret late-night gambling trips to Atlantic City via helicopter, only leaving because he had to get back in time to go on the air. Carton also gained access to private betting rooms as he began betting more, which allowed him to conceal his activities.

“Jersey Guys” largely get glossed over: The documentary touches on Carton’s time and success at New Jersey 101.5 FM hosting the station’s afternoon show. But former co-host Ray Rossi was not interviewed for the film and Carton’s controversies at the station were not discussed with much depth. A picture of a newspaper headline related to his dust-up with then-Gov. Richard Codey is shown; there was no mention of the “La Cucha Gotcha” episode.

Mike Francesa too: Carton’s nasty rivalry with Francesa was not touched on at all.

Carton contemplated suicide: Carton says he considered committing suicide about a month before he was arrested – an account confirmed by his former 101.5 producer, Charod Williams – and nearly jumped off a ski lift during a vacation in British Columbia.

Chris Christie had concerns: The former governor, who met Carton during his time at 101.5 and became a good friend, said he pressed Carton repeatedly on whether he had a gambling issue given how much Carton talked about gambling. But he said Carton adamantly shook him off each time. That was the farthest any person close to Carton went in saying they suspected a problem. Morning show update reporter Jerry Recco revealed Carton’s wife Kim – who was not interviewed in the film – once begged him to stop going to casinos with Carton.

Carton’s childhood sexual abuse caused significant trauma: In the film’s most powerful moment, Carton read part of the deleted memoir chapter hat revealed he was molested as a child during a stint at summer camp. He eventually came forward about his abuse at his sentencing. Dunn and McGovern masterfully utilize the WFAN archives to show how Carton’s experience clearly impacted his emotional coverage of the Jerry Sandusky scandal.

Boomer and Carton have made peace: The relationship between Carton and Esiason deteriorated after Carton’s arrest and resignation from WGAN. Esiason did not attend Carton’s sentencing to show support and he was quoted as saying Carton had thrown a grenade in their foxhole and threatened the livelihoods of everyone else on the show. But both men said they have rebuilt their friendship in the film, and Carton took full responsibility for the falling-out (as he should, obviously).

A brief Rutgers appearance: Carton remarks in the film that Don Imus’ racist comments about the Scarlet Knights’ women’s basketball team in 2007 changed his career by opening the door for him at WFAN.

Too good to be true? Many will say some of Carton’s claims seem a bit far-fetched, such as winning over $300,000 in nine minutes of betting. But Dunn and McGovern told NJ Advance Media everything he said in the film was fact-checked and confirmed.

James Kratch may be reached at [email protected]. Tell us your coronavirus story or send a tip here.

I Work as a Butler for the Super Rich

Thu Oct 8 , 2020
This article originally appeared on VICE Netherlands. For the past six years, André Meester has worked as a professional butler, tending to the needs of a 56-year-old Dutch gentleman for 60 hours a week. I met up with the 38-year-old at his boss’ house in the small Dutch town of […] 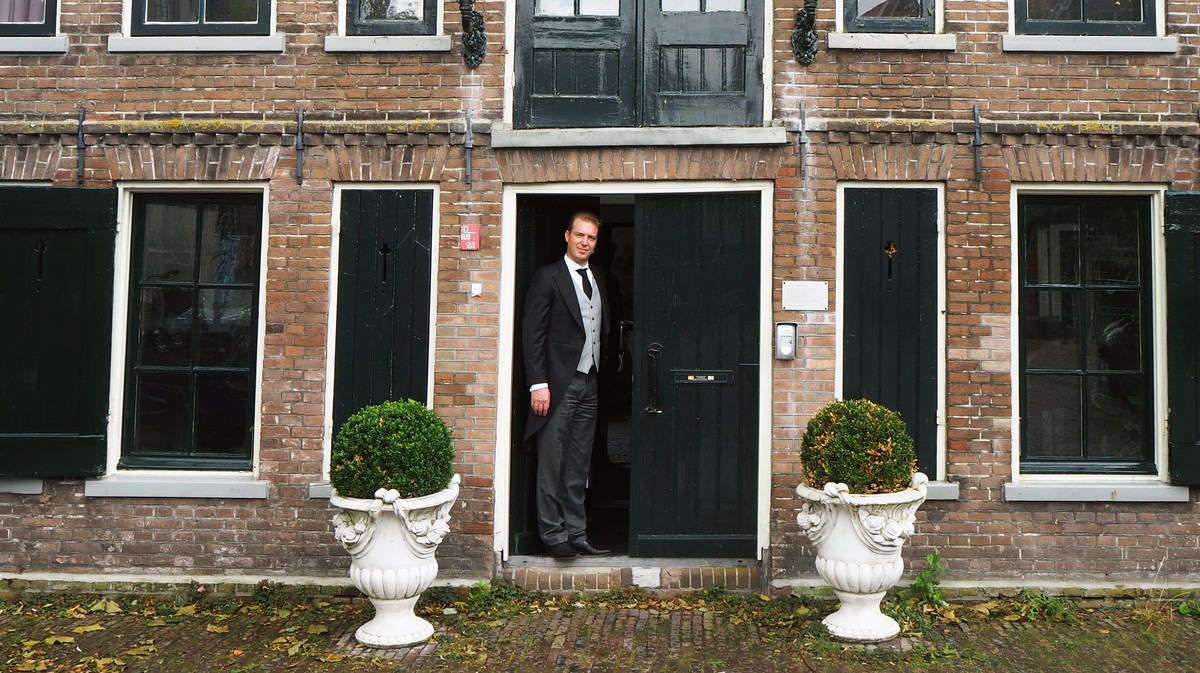