Paris — Every summer, a big section of the walkway along the River Seine in central Paris is transformed into a temporary “beach,” complete with deck chairs, pop-up beach bars and play areas for children. This year, “Paris Plage” (Paris Beach) has offered a tranquil getaway for city-bound Parisians, but the shadow of the coronavirus pandemic is never far away.

The deck chairs are farther apart, there’s social distancing at the bars, and there’s something entirely new: a free, no-appointment-needed COVID-19 testing center.

Every afternoon this month about 200 people have lined up — at least a yard apart — to have both the swab test for an active infection, and a finger-prick test to detect antibodies indicating a previous one. They get the antibody test results right there within just 10 minutes, while the swab results come online or over the phone within days.

“I jog along the quays, so when I saw this and saw how easy it was to get tested, I decided to sign up,” a Parisian named Alexis told CBS News. He and his girlfriend Pauline are going to a wedding in two weeks and they felt a test would be the responsible thing to do.

“There will be lots of people, so we wanted to make sure we were safe,” he said.

Pauline was particularly keen to get the tests: “Someone spat on me when I was sitting on a café terrace, because I wouldn’t give him a cigarette,” she said, still visibly shocked by the incident.

As the doctor gave them the antibody test results, they looked visibly relieved and gave a thumbs up: “It’s negative!”

Originally from North Carolina, Allyson is now a schoolteacher in Paris. She’s going back to work — in the classroom — next week, and said she wanted to be sure she wasn’t carrying the virus back with her.

“It’s my second time getting tested, because my nephew went to a party where there were some people who were positive for COVID, so I’m getting re-tested just to be sure,” she said. A colleague told her about the Paris Plage testing site.

“I wanted to get tested but it’s difficult with the clinics, because there’s so many people. What’s amazing here is that, for example, if you don’t have your Social Security number yet or your paperwork in order, it doesn’t matter. You can be a tourist and get tested for free here, just like that.”

Allyson said she was “absolutely” grateful to be in France during the pandemic, rather than in her home country.

“My heart is bursting with pride and gratitude towards this city and this country and how they are handling this. I am so glad to be here,” she said, her voice breaking with emotion. “This is how it should be done.”

Increased testing drives around the country are part of the reason the number of new cases in France, like many other European nations, is on the rise. But it’s not the only reason.

More family and social gatherings during the summer vacation period have been blamed for a lot of the spread here. Professional contact, which increased as anti-virus measures were eased and some people went back to work, is also considered a major factor, accounting for almost half of France’s new clusters.

Prime Minister Jean Castex said Thursday that 15- to 40-year-olds were the main age group now found to be spreading the virus, often unwittingly. He said the 20- to 30-year-old group had the highest positive test rate, at 6%, well above the current national average of 3.8%.

This week, 6,111 new cases were recorded in one 24-hour period (Wednesday into Thursday), a record since the end of lockdown restrictions on May 11.

But the prime minister also noted that the majority of the new cases were less severe than in the early weeks of the epidemic in France, with only a small rise in the number of hospitalizations.

A total of 30,581 people have died of COVID-19 in France as of Friday, and the country has confirmed almost 300,000 positive tests, according to data compiled by Johns Hopkins University.

Paris is now one of the highest-risk zones in France, the prime minister confirmed, giving the local authorities the power to re-introduce even more restrictions to try to curb the spread.

As of Friday, masks were mandatory outdoors across Paris. Only cyclists and joggers were exempted from the rule. Masks will also have to be worn in the capital’s workplaces and schools, and anyone caught not wearing a mask can be fined $150.

Fri Aug 28 , 2020
Joe Biden embraces his wife, Jill, after accepting his party’s nomination at the Democratic National Convention. (Win McNamee / Getty Images) But just as the skies turned bright blue in the early days of the pandemic, when people took seriously the order to stay home — giving us an incidental […] 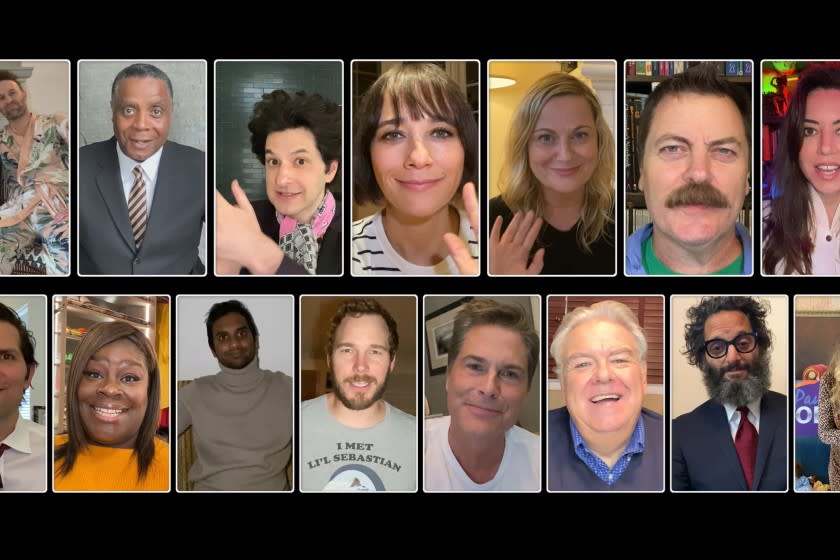