If the lyrics to the Dolly Parton song “9 to 5” could be your autobiography, maybe it’s time to consider some unconventional ways to make money. After all, if you’re “barely gettin’ by,” you’re probably looking for creative ways to earn extra cash about now.

1. Work as a Living Statue

Individual performance artists make money posing as living statues on street corners around the world. There are even companies like the Rhode Island-based Ten31 Productions that hire performers to work as living statues for events such as WaterFire in Providence.

It might seem hard to believe, but those old-school phone books that show up on front doorsteps are delivered by folks who bag them, load them and go door to door to drop them off. The website DeliverYellow says that the job is a great money-maker for individuals, community groups that need fundraisers and people who already work as delivery drivers.

Rover offers conventional pet care services, such as dog walking and drop-in visits. Some pet care pros will also housesit overnight for pets, including cats, snakes and even horses who want to stay on their home turf, however.

In some parts of the country, it’s now legal to grow marijuana for sale. You should do your research before embarking on this money-making opportunity, though.

Anthony Franciosi, founder of Honest Marijuana Company in Colorado, cautions that too few potential investors and partners fully understand the legal and licensing requirements, or the amount of work and capital needed, to run a high-quality marijuana-growing operation.

“To find people to invest money in the cannabis industry is not the issue, because I think it’s happening every day,” said Franciosi. “Finding working partners who understand the true task ahead, appreciate cannabis and are willing to put the hours in to be successful is a different and more difficult proposition. Investors are not easy to come by, but I have had a few different parties who were interested in working with me.”

Looking for ways to make money online? Sites such as Online Hair Affair allow users to sell their own hair — for a small fee. Currently, the site has a listing for 12 inches of blond, never-dyed hair for $400.

Sites such as Only the Breast specialize in selling breast milk, and prices typically range from $1 to $2 an ounce. The practice is somewhat controversial, however, since breast milk can spread disease. Additionally, buyers and sellers should select the sites they use with caution, as studies have found that some online breast milk contains cow’s milk or even commercial baby formula.

Snake venom is used for several purposes, including scientific research and antivenom production. And while there are jobs available in venom collection, Brian Barczyk, star of the Discovery Channel show “Venom Hunters,” tells Channel Guide magazine that milking snakes is unlikely to get anyone rich.

“We do it because we love it, we believe in it and we would do it for free,” said Barczyk. “I don’t want to ever encourage anyone to go out there and quit their day job to go collecting venom, because they’re probably going to fall short.”

World of Beer, a chain that operates more than 70 restaurants and bars in 20 states, hired four “Drink It” interns for summer 2017. According to Thrillist, the interns were paid a salary of $12,000, plus travel expenses, to write about their beer-tasting adventures for the company’s site and other outlets.

Before the days of TaskRabbit and other labor-outsourcing sites, Clint Evans queued up to snag tickets for “Star Wars: Episode I: The Phantom Menace” for those too busy to do so themselves.

“I sold my time too cheap at $30 for about six hours of standing in line. But today’s sharing economy offers you similar options. Many people will pay you an acceptable hourly rate or price per project,” said Evans, now CEO of the consultancy and marketing firm StandOut Authority. “The big benefit for savvy line waiters is you can read or listen to an audiobook.”

The Nathan’s eating contest isn’t the only one to feature hefty prizes. For example, the 2017 Hooters World Wing Eating Championship offered a total prize purse of $17,500 to winners.

If you have a website, blog or YouTube channel, consider signing up for Google AdSense. The service recruits high-paying advertisers whose ads will appear on your site and sends you a check when your account reaches a certain payment threshold. Although ads have to accumulate a certain number of clicks or views to earn significant sums, the Google AdSense site features some inspiring success stories to motivate you.

Golden Tee is a popular golf arcade game. A few expert Golden Tee players can make a living through the video game and its Golden Tee Live payouts. The game’s maker, Incredible Technologies, even hosts a Golden Tee World Championship, which features a top prize of $10,000.

Other outsourcing sites feature folks selling strange services alongside more conventional offers to transcribe taped interviews or create custom logos. For example, one seller on the outsourcing site Fiverr offers to scream loudly for a period of 20 seconds in exchange for a $5 payment.

14. Be a Mystery Shopper

Many companies are looking for consumers to evaluate customer service at their stores. Along with providing hourly pay, a number of companies offer perks such as mileage reimbursement and snack budgets to their secret shoppers.

Blood plasma is used to treat many diseases, as well as chronic conditions such as hemophilia. According to the Plasma Protein Therapeutics Association, each plasma donation center sets its own compensation rates for donors. For example, CSL Plasma’s site says first-time donors can earn up to $400.

Many hospitals, universities and other institutions conduct clinical trials. Some are looking for healthy individuals, while others seek subjects who have specific medical conditions to test new drugs or treatment programs. But you won’t necessarily need to test drugs with unpleasant side effects to collect your cash. PAREXEL in Glendale, Calif., is currently accepting applicants to take part in a study involving no drugs or placebos.

Companies such as NextWave Advocacy work with corporations, trade groups and advocacy organizations who want people to write letters to national, state and local legislators about a variety of issues.

NextWave hires both people who work from home to call constituents and recruit them as advocates for specific causes and writers who help shape constituents’ experiences into compelling stories.

Art schools and other institutions that offer drawing classes often hire live models to pose for them. Applicants must generally be comfortable posing both clothed and in the buff, and can find opportunities on sites like Indeed and SimplyHired.

You can make more money this year by participating in a focus group. All sorts of companies need focus group participants to provide opinions on their products and services. Visit Find Focus Groups to locate opportunities with in-person, online and phone-based focus groups.

Companies like eJury hire people to review real court cases online. Lawyers use their feedback to prepare for trials and develop settlement strategies. The eJury site pays online jurors $5 to $10 for each case on which they render a “verdict,” depending on the length.

Harlequin and other well-known publishers accept submissions directly from writers who want to see their work in print. The imprint, which is known for its romances, offers advances, royalties or both depending on how a specific title will be published. In addition to submission details, Harlequin’s website offers aspiring authors advice on a variety of writing subjects.

Wells Enterprises makes Blue Bunny ice cream, Bomb Pops and Weight Watchers frozen treats and often needs taste-testers to sample the goodies. As a trained descriptive panelist, you would provide feedback on the appearance, aroma, flavor and texture of a variety of the company’s products.

25. Be an Animal Acupuncturist

Veterinarians are increasingly offering holistic services, such as massage and animal acupuncture. With that in mind, it’s not surprising that the American Academy of Veterinary Acupuncture and other organizations now provide training and certification programs for vets. Moreover, many clinics employ doctors with multiple certifications.

If you love thrill rides and want to earn some extra cash, you might consider a career in amusement ride testing. Engineering firms like GMH Engineering use sophisticated equipment to inspect and test amusement park rides. But employees leave the hands-on work of riding roller coasters to the crash test dummies.

Don’t have a tech background? You might be able to secure an entry-level theme park job and work your way up, according to HowStuffWorks. Some amusement parks even hire temporary ride testers, so you don’t have to leave your day job to enjoy the fun.

High-end equipment, such as cameras and drones, can be expensive. Increasingly, people who own these pricey gadgets and gear are renting them out to others when they aren’t in use. Sites such as KitSplit are even popping up to handle the details of the transactions for you.

The Sip ‘n Dip Lounge in Great Falls, Mont., is known for its giant blue fishbowl drinks, a long-time entertainer named Piano Pat and mermaids and mermen who take over the bar-side pool to entertain patrons.

If you’ve always dreamed of donning a tail but don’t live anywhere near the Sip ‘n Dip, don’t despair. The bar is one of a handful of facilities around the country to feature mermaids as entertainment.

Fri Aug 28 , 2020
For Kate McCulley, the decision to leave her vacation rental was easy. The owner had advertised a reliable wireless connection, but when she checked in, McCulley could only pick up a faint signal. “I needed the wireless signal so I could work,” says McCulley, who was staying in an Airbnb […] 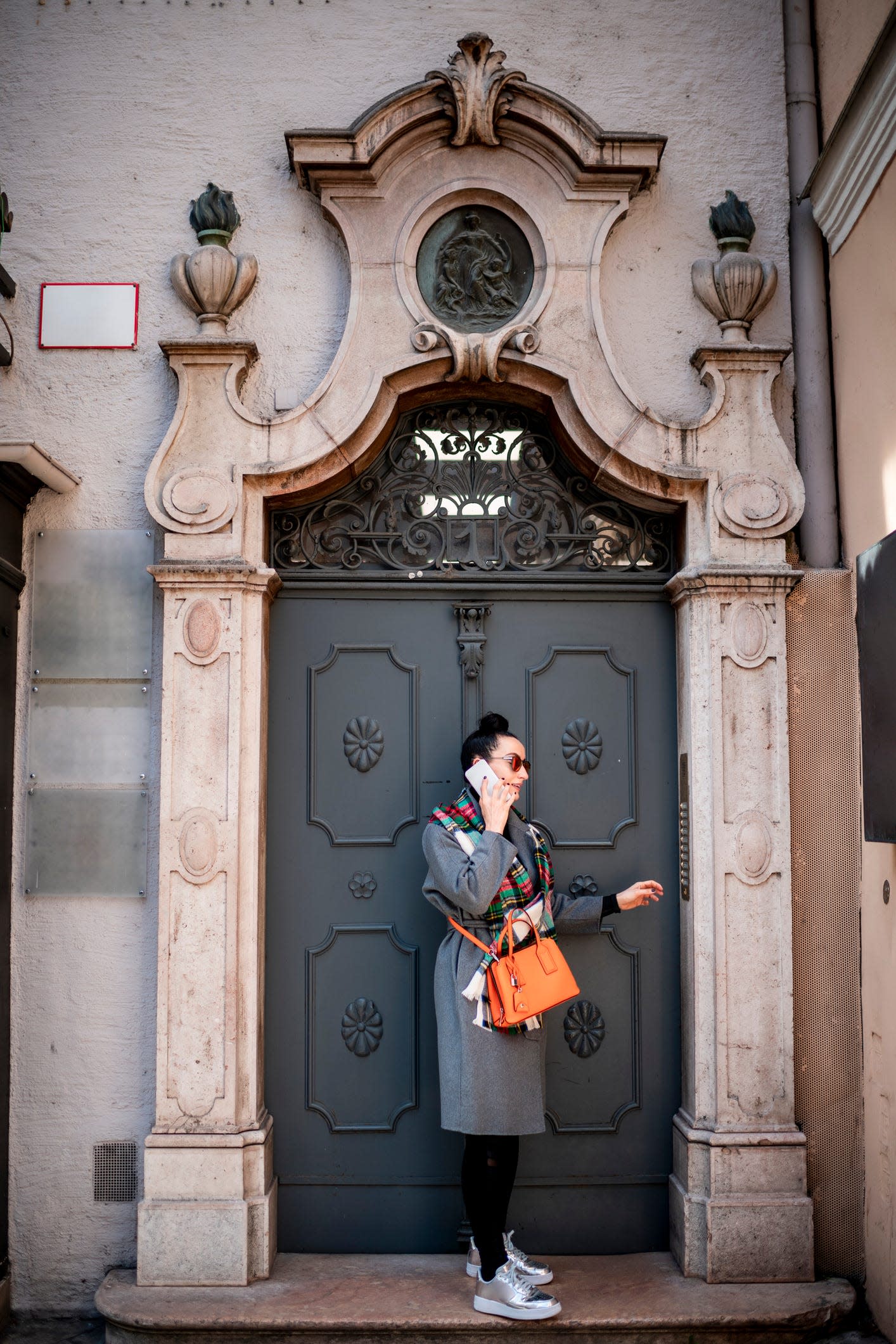