“Could Taylor Swift’s remake of ‘Fearless’ be nominated for the Grammys?” It’s a question that has arisen repeatedly in the short time since Swift released “Love Story (Taylor’s Version)” and promised that her full-length recreation of the blockbuster 2008 “Fearless” album would arrive in April.

It’s an interesting question… in a completely theoretical, “Who’d win in a fight, Santa Claus or Jesus?” kind of way, in that it will never have any serious real-world application.

If the question is merely could, there’s an easy answer for that: Yes, unquestionably — it is clearly technically eligible. If the query gets changed to would, that one is simple, too: It will never happen in a million years, but especially never happen in the next one.

That’s because of the gatekeepers involved. There are the blue-ribbon committees that guard the Grammy nominations and try — emphasis on the “try” — to make sure that the noms reflect what the musical climate has been like over the past year and not what was happening three presidents ago. (Admittedly, there have been periods in Grammy history when you could have taken away the exact opposite conclusion.)

But most of all, there is Swift as her own gatekeeper — one who has a choice in whether or not to submit a piece of work to the Grammys for possible nominations. And while her camp has no comment on the matter, the odds of Swift putting “Fearless (Taylor’s Version)” into contention for the 2022 Grammy Awards are just roughly shy of the chances of her signing over all the royalties from her new version of the album to Scooter Braun as a “no hard feelings” good-will gesture.

This doesn’t mean that Swift isn’t proud of the (re-) work she’s doing, but even if she were inclined to think that a version of “Fearless” should win the Grammys’ album of the year prize twice, there’d be a self-defeating factor at play: Swift would be submitting the “Taylor’s Version” recordings to be in competition with her completely new work. The December “Evermore” album and the songs from it will be in contention next time around, and the dimmest pop star on the planet would not be trying to think of a way to siphon off votes by offering the Academy an alternative to what currently stands as a frontrunner for 2022 trophies.

Perhaps this seems self-evident. It hasn’t, though, to some credulous news sources that have suggested that Swift is trying to stack the deck for next year’s Grammys by releasing a flood of product. Fox News published a story, republished by TMZ, with the headline: “Taylor Swift’s re-recorded albums will be eligible for Grammys, prompting mixed criticism: ‘Greed.’”

Leaving aside the question of what mixed criticism means, the “greed” claim related to Swift’s alleged Grammy-hoarding was linked to two separate tweets, from a single Twitter user, with a total of 10 and three likes, respectively, to date… but still enough to be the stuff of headlines about how Swift is trying to logjam the Grammys with multiple nominations — an unlikely scenario for anyone who follows the awards process at all.

If anything, Swift and her camp have been careful in recent years about not giving Grammy voters or committees too many things to vote for. When the songs from the “Lover” album were in contention, it was reported that her people split the difference between two of her biggest singles from that period and submitted “Lover” for song of the year and “You Need to Calm Down” for record of the year and pop solo performance. (“Lover” did indeed get nominated for song, and “Calm Down” got put up for solo performance but missed the cut for record of the year.)

When it comes to the Grammys’ end of things, some fans and journalists have seemed surprised that “Taylor’s Versions” of older material would be eligible for Grammys. (A spokesperson for the Recording Academy issued a statement to Billboard: “Current eligibility guidelines would allow for the new performances and albums to be eligible if they were recorded within the last five years. However, none of the older songs would be eligible for songwriting awards.”) The point was clear: Outside of writing categories, a cover is a cover, and always eligible, if reasonably fresh; the rules do not make any distinguishing exclusions for soundalikes, versus looser interpretations.

Swift is no less eligible for a nearly note-for-note remake than director Gus Van Sant would have been for an Oscar for his shot-for-shot remake of “Psycho.” Of course, unlike Van Sant, whose effort to Xerox a Hitchcock classic deeply puzzled nearly everyone in the film business but his backers, Swift has received a lot of positive attention for remaking her own work — and, yes, pockets of “mixed criticism,” too — earning credit for the chutzpah and craftsmanship inherent in redoing six entire studio albums. Some even claim to find new or matured vocal inflections amid the “Love Story” facsimile. Awards bait, though, it’s not.

If there were an award for self-simulation, Swift would be the sole nominee — not just for this year, but maybe historically, since no one has really attempted what she’s doing now at the same volume or with the same attention to exact detail, with no cutting of corners.

Pop stars like Frank Sinatra and country stars like Merle Haggard used to routinely re-record their classics when they changed labels, but not with the intention of pointing out that these were brand new renditions or with the likely intent of inviting comparisons, let alone trying to make each last bit of sonics sound as close as possible.

In 2012, Def Leppard became the rare artist to brag about making something as close to an original as possible, boldly using the term “forgeries” when the band released a handful of re-recordings of their old work, including “Pour Some Sugar on Me.” It was part of a record company dispute that had the band keeping all its pre-existing music off digital services and putting replacements out as a tease of what could be. When the group finally came to terms with its label and put its entire catalog online at the beginning of 2018, the few ringer versions they’d put up as a promise or a threat quietly disappeared.

Other artists, like Prince, also made noise about redoing their catalogs but never did much about it beyond a sample song or three. Perhaps the most notable example of pulling off something even in Swift’s ballpark was when Jeff Lynne put out an Electric Light Orchestra greatest hits album made up entirely of remakes. Rather than frame it as part of a contractual dispute, he told fans that he never quite felt he’d gotten the likes of “Mr. Blue Sky” entirely right the first-time. Virtually no one bought that: Some ELO freaks said his one-man-band recreations didn’t have the same spirit as the more populous originals, however close they sounded. And few figured that he went through the effort for much reason other than to get paid for the master rights as well as publishing when the songs were synched for ads and film/TV. (“Mr. Blue Sky: The Very Best of Electric Light Orchestra” peaked at No. 118 in the U.S., though it debuted top 10 in the UK.)

Grammy veterans will note that an album made up largely of re-recordings, Frank Sinatra’s “A Man and His Music,” did win an album of the year Grammy in 1967, though it’s up for debate whether Sinatra had exact duplication as either a primary goal or hidden agenda when he wanted to put a career summary out that included songs from his prior labels.

It’s fair to say that wouldn’t happen today — and probably neither would examples of live projects or duets albums winning, like Eric Clapton’s “MTV Unplugged” in 1993, Tony Bennett’s “MTV Unplugged” in 1995 or Ray Charles and various artists’ “Genius Loves Company” in 2005. It’s not that these projects lack merit, but the Grammys are under ongoing pressure to seem relevant to the moment that precludes anything seen as a nostalgic flashback getting through anymore. (Certainly there won’t be any repeat of something “Layla” winning best song in the early ’90s; rules have been changed since then to keep oldies out of categories that reward the songwriter, although fresh recordings never stop being eligible._

In the end, when “Taylor’s Version” inevitably fails to be submitted, everybody will win: the Recording Academy for avoiding a #GrammysSo2008 hashtag, and Swift, for not pitting “Love Story” against “Willow,” or whatever else the leading “Evermore” candidate might see to be by the time the first round of 2022 balloting comes around this fall.

She’ll be getting an unofficial honor that’s better than stacking the Grammy noms: the most meme-able mimeograph award, with a possible courage-in-battle plaque and a side platter of “I told you I was serious” plaudits.

Milo's Rescue: How a community of pet lovers helped find a lost dog

Tue Feb 23 , 2021
Allyssa Hagenah and Nate Oswald didn’t know the second week of January would be the last week they saw their dog for over a month. MICHIGAN, USA — Milo is an almost 2-year-old English Springer Spaniel. He likes hunting, scrapping and cuddling — all skills he would need to know […] 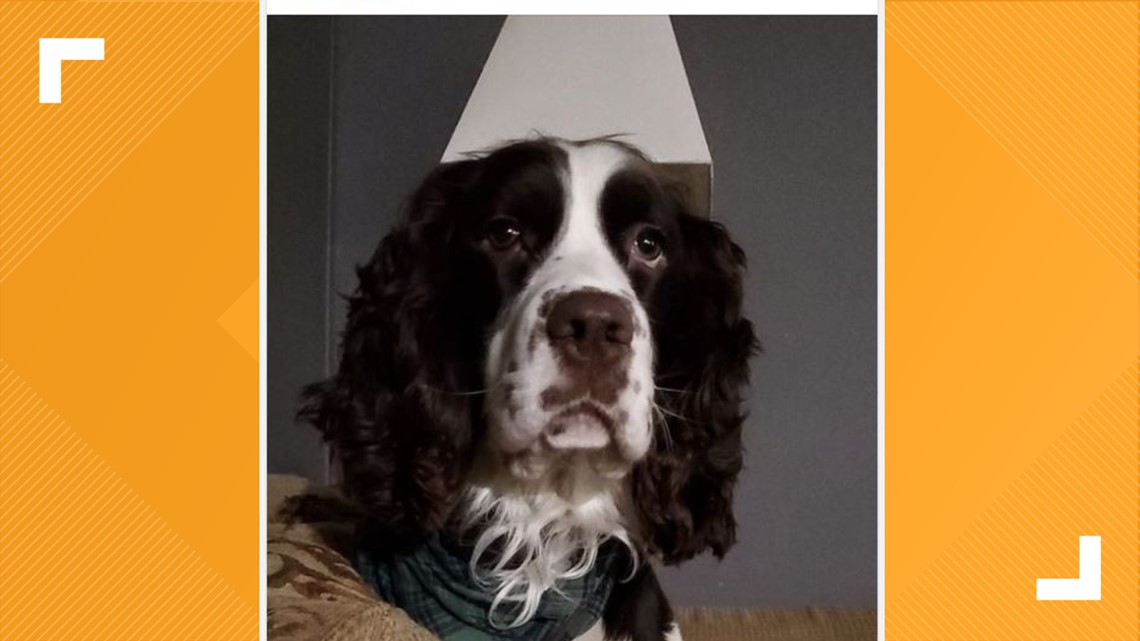