Tucker Carlson on Monday night shared his thoughts on the resignation of Blake Neff, his Fox News program’s top writer, who was revealed to have penned racist and sexist messages using a pseudonym.

“What Blake wrote anonymously was wrong,” Carlson said towards the end of the hour on Monday. “We don’t endorse those words. They have no connection to the show.” He acknowledged that Blake “fell short” of the standards of human decency, “and he has paid a heavy price for that.”

Carlson then directed his ire to the “ghouls now beating their chest in triumph.” To those celebrating Neff’s exit, Carlson said, “righteousness also has its costs. When we pose as blameless in order to hurt other people, we are committing the gravest sin of all.”

He then announced that he will be going on a pre-planned vacation. Watch the embattled anchor’s full address below:

A Fox News rep told CNN Business that Neff resigned on July 10 from Tucker Carlson Tonight, after an investigation revealed that Neff had been posting on AutoAdmit, a message board notorious for vulgar and offensive content. As “CharlesXII,” Neff made a series of brazenly racist comments, including a June 5 post that read: “Black doods staying inside playing Call of Duty is probably one of the biggest factors keeping crime down.” He also wrote that he “wouldn’t get LASIK from an Asian for free” and commented that “given how tired black people always claim to be, maybe the real crisis is their lack of sleep.”

Previously a reporter at conservative outlet The Daily Caller, Neff worked for Fox News for four years and was considered Carlson’s top writer. (As Neff once told a Dartmouth alumni magazine, “anything [Carlson is] reading off the teleprompter, the first draft was written by me.”)

Fox News CEO Suzanne Scott and president/executive editor Jay Wallace confirmed in a statement that Neff “made horrendous and deeply offensive racist, sexist and homophobic comments,” adding: “We want to make abundantly clear that FOX News Media strongly condemns this horrific racist, misogynistic and homophobic behavior…. [A]ctions such as his cannot and will not be tolerated at any time in any part of our workforce”

Carlson himself attracted controversy in March 2019, when comments he made years prior on the Bubba the Love Sponge shock jock radio program resurfaced. There, Carlson described women as “very primitive,” called Martha Stewart’s daughter Alexis “c–ty,” and dubbed Britney Spears and Paris Hilton “the biggest white whores in America.” He also said on the call-in program that “Iraq is a crappy place filled with… semi-literate primitive monkeys.”

Carlson did not apologize for those years-old comments but instead dismissed the hubbub as “liberal hypocrisy,” asserting that he and Fox News “will never bow to the mob, ever, no matter what.” And despite all that and more since, Tucker Carlson Tonight is the top-rated program on all of cable news, averaging a record 4.3 million total viewers last quarter.

Tue Jul 14 , 2020
Whether you’re fully embracing Plastic Free July or are looking at a longer term change, there are a wealth of plastic alternatives out there to make your bathroom that bit greener and more sustainable. While it used to be tricky to find good and effective switches, brands big and small […] 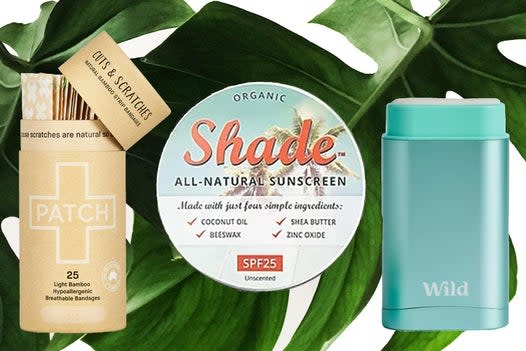