What better place to spend the Day of Love than The City of Light? Well, not in real life, obviously. We’re not sure what day it is, let alone which tier — aubergine? rouge?

But a day of play in the virtual Louvre, a remote float on the Seine and a little bubbly atop the on-screen Eiffel Tower is downright magnifique when you’re stuck at home on Valentine’s Day. Add some fromage, a baguette, perhaps some more bubbles, and you’ve got the perfect couch pique-nique.

We’ve spent the morning at the Louvre, visiting the galleries via the museum’s online offerings and learning all sorts of things. The palatial museum was an actual palace, for one, and much of the artwork came from the spoils of Napoleonic conquest. Bonaparte’s forces brought ships and carts to collect the paintings and sculptures he picked up along the way.

Many objects have since been repatriated, but not all of them, says Tom Scott, the irrepressible British video creator who leads Google Arts and Culture tours of the museum. You can watch them on YouTube or connect via the Louvre’s website at www.louvre.fr/en/visites-en-ligne.

Take Paolo Veronese’s 1563 “Wedding Feast at Cana.” At 22 feet by 32 feet — 704 square feet — it’s the museum’s largest painting, a massive expanse with 130 figures commissioned by Benedictine monks and hung in their monastery in Venice. Well, until Napoleon fancied it in 1797. His crew cut the painting in half and rolled it up for transport. It still hangs — controversially — at the Louvre. A digital replica was installed at the Venetian basilica in 2007.

Scott’s patter brings the painting to vivid life as he points out that Veronese’s water-into-wine depiction has first-century Jesus surrounded by 100+ European notables dressed in contemporary clothing — and that’s not Cana, it’s 16th-century Venice. If Veronese was painting it now, Scott says, the wedding would be in Trafalgar Square, and the guest list, he says, would include “Hillary Clinton, Queen Elizabeth, a couple of Kardashians, the Archbishop of Canterbury, Tiger Woods and Jay-Z.”

We’re not the only people gazing at the painting. The Mona Lisa hangs on the opposite wall, offering a subtle smile as she contemplates 16th-century Kardashian equivalents. And you can get up close — much closer than in real life — to the famous da Vinci painting via our new favorite app: Mona Lisa Beyond the Glass.

The Louvre’s virtual reality app is free, and you can use it with Google Cardboard or another VR headset, but it’s awesome just with a smartphone. Within seconds, we’re “standing” in the plaza outside the Louvre, the iconic glass pyramid just ahead and the Arc de Triomphe du Carrousel at our backs. Tilt the screen or turn slowly and the perspective shifts with you. (Turn too fast and you’ll get slightly phone sick.)

Inside the gallery, the app takes us behind the protective glass case that shields da Vinci’s work from the pressing crowds — absent in the app — and into the painting. What follows is an amazing art history lesson in miniature, with an art expert providing commentary and a Mona Lisa who gestures, grins and ultimately invites us aboard one of da Vinci’s flying machines to explore the mysterious land just outside her window. We watch it twice, before taking a cafe au lait break. With macarons.

Time for a walk? Google Map’s Street View doesn’t just let you “stroll” the streets of Paris. Drop the yellow Pegman icon onto the map in the right spot — the middle of the Seine — and you can go “boating,” plying the river’s current with a click of the mouse as you head toward the Eiffel Tower.

Pick up Pegman and drop him again, and you’re atop the landmark’s observation deck, where the Bar a Champagne is open for business. We’ve sipped up there in real life, surveying the glorious view as we held our plastic flutes.

We drink a toast to Pegman — with real glassware for the bubbly — and contemplate noshing possibilities. We could make Comté Cocktail Crackers. Order up pate and charcuterie from San Jose’s Black Sheep Brasserie or a Left Bank Brasserie.

Or nibble piping hot gougeres from Lafayette’s Reve Bistro. That French restaurant is open for patio dining and takeout — and our freezer just happens to hold a precious bag of those ready-to-bake, cheesy puffs, scored at Diablo Foods on a recent grocery run.

The aroma of gruyere begins filling the kitchen, just as we discover that Pegman can time-travel. Street View uses years’ worth of time-stamped images, stitched together into a seamless whole, to let you roam the streets, rivers and buildings of Paris.

You may notice the sky suddenly clouding over or trees turning a springtime green or autumnal gold as you scroll along, but you don’t really think about the passage of time, when there’s so much to see. Oooh, Eric Kayser’s boulangeries! A Berthillon ice cream stand!

And Notre Dame is fully intact, its soaring ceiling and glowing windows in all their 2018 glory, a year before the devastating fire. From the top, in a view shot by drone, perhaps, it’s now. There’s scaffolding everywhere. But step inside and it’s all gloriously there — the stained glass, the pristine ceilings, the perfection.

We drink another toast, burn our fingers on airy gougeres and sigh happily. There’s time enough later to cue up “Lupin,” the Netflix tale of a daring gentleman thief pulling off an epic Louvre heist. For now, though, we bask in the serenity of 2018 — the dramatic cathedral, the maskless visitors, a Paris frozen in time.

Where to Find the Best Pre-Order Deals and Bonuses

Mon Feb 8 , 2021
Advertiser Disclosure: At Slickdeals, we work hard to find the best deals. Some products in our articles are from partners who may provide us with compensation, but this doesn’t change our opinions. Release Date: February 12th, 2021 Editions Available: Standard Platforms: Nintendo Switch MSRP: Standard – $59.99 After launching on […] 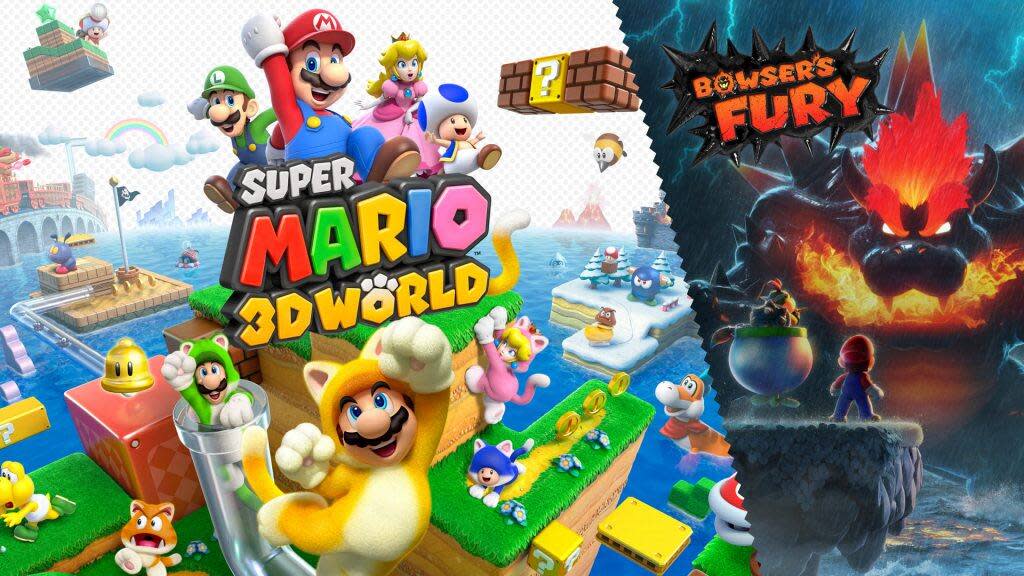