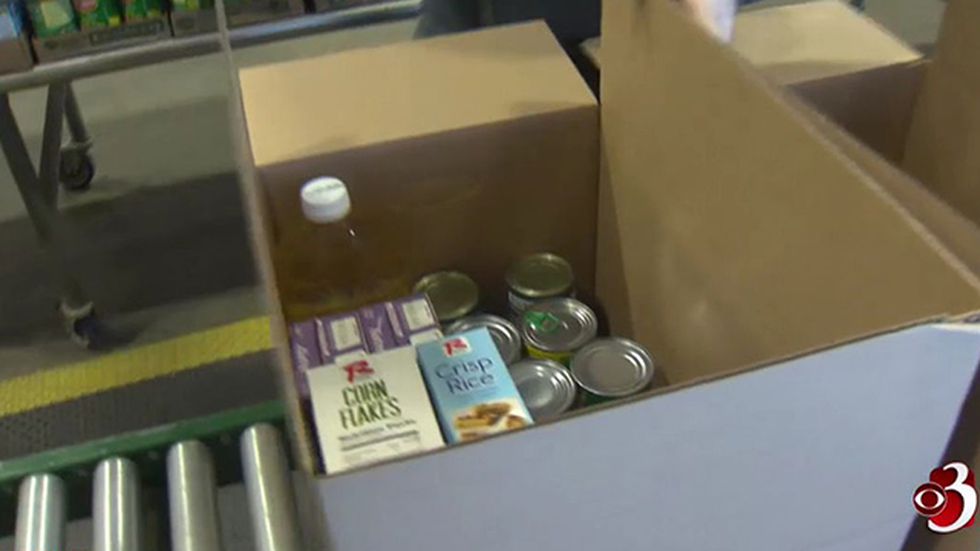 BURLINGTON, Vt. (WCAX) – After shopping for the holidays comes the chance to give back. The Tuesday after Thanksgiving is known as Giving Tuesday. It’s a tradition dating back to 2012.

“People really seem to understand now that this is our neighbors,” said John Sayles, the CEO of the Vermont Foodbank. He says Giving Tuesday offers the chance to give during the holiday and support a neighbor in need. “These aren’t people that you never see or hear about.”

The Gund Institute at the University of Vermont released data saying one-third of Vermonters have some level of concern about putting good food on the table. And 40% of the people reaching out to the charitable food system have never had to before, so Sayles is thinking about it as a statewide issue.

“Have people really focus on how they can make Vermont a better place,” he said.

This year, like many organizations, they are focusing on online fundraising due to COVID-19. Monetary donations are best, according to Sayles, but food can still be donated to local food shelves.

But giving on Giving Tuesday comes with options.

“We are feeling it, it’s our crew it’s our community, and we think about them a lot,” said Kim Jackson, the communications and marketing director for Vermont Adaptive Ski and Sports.

She says they currently can’t operate under current COVID-19 guidelines, but still have to think ahead to the coming year.

“It’s going to allow us to think into the future and where the future of the organization goes while we are still here in the present,” Jackson said.

They are just starting their fiscal year as of November 1.

“Most likely, most people have somebody in their life that may have a disability, and how do those people recreate and how do they get outside and think about what this pandemic means for them and how the assistance is affected for them and that’s why we are asking people to give if they can,” Jackson said.

In order to sustain their programs and equipment, as well as purchase sanitizers and PPE, they have to raise $350,000 this year. Jackson says Giving Tuesday is crucial to kick off the season.

“It’s just a different world for sure, and so we need everybody’s help,” she said.

Jackson describes sports and recreation as an equalizer for their athletes, so they have to be ready for when they can hit the slopes or get on the bikes, again, because Jackson says they can’t do this alone.

“It takes a big community to pull all this off,” she said.

Jackson says Giving Tuesday isn’t just a day, it’s a state of mind and a way of living. She says Vermonters are really good at the giving back portion of the holiday season.

Giving Tuesday can be about giving money, food or time in the form of volunteering.