said it is positioning itself to ride out a long downturn in air travel as a result of the coronavirus pandemic.

It was a brutal summer for U.S. airlines. Rising infection rates triggered new travel restrictions across the country, keeping passengers at home. United Chief Executive Scott Kirby has been among the most pessimistic about the depth and duration of the crisis, and the airline has flown less than rivals such as

The airline has said that strategy will help it preserve cash for an eventual rebound. Chicago-based United on Wednesday reported a quarterly loss of $1.8 billion, compared with a $1 billion profit during the same period a year ago. United’s sales fell 78% to $2.5 billion.

“We are now focused on positioning the airline for a strong recovery,” Mr. Kirby said.

Airlines and the Coronavirus Crisis

Cash has become key for airlines trying to make it through the most severe challenge in memory, with demand for travel languishing and little revenue coming in. United has raised $22 billion since the start of the pandemic, including by mortgaging its frequent flier program in a $6.8 billion debt deal. It has also reduced the amount of cash it burns each day to $25 million, including debt and severance payments, down from $40 million during the second quarter.

There are some signs passengers are gradually starting to return. The number of people passing through airports climbed to its highest level since mid-March on Sunday. Delta, which reported a $5.4 billion loss on Tuesday, said bookings are climbing for the holidays and into winter.

Still, most predict a full recovery is years away, and Mr. Kirby said the pandemic will continue to weigh on demand for some time. International travel remains difficult or impossible for many destinations, and companies have been hesitant to resume business travel.

United could also face more intense competition at some of its key hubs as travel resumes: Southwest said this week that it plans to start flights out of Chicago’s O’Hare International Airport and Houston’s George Bush Intercontinental Airport next year.

United’s employees have been one of its biggest sources of cost savings. Some 9,000 employees agreed to take buyouts, retire early or go on extended unpaid leave.

Airlines were barred from layoffs under the terms of $25 billion in aid they were granted under a broad stimulus package passed in March. They have lobbied for another round of government assistance, but United furloughed over 13,000 employees when the initial aid expired at the beginning of this month without a sure path toward receiving more.

United said it expects to incur a $1.1 billion charge related to the costs of reducing its workforce, such as severance and other benefits. The charge includes about $500 million in future cash expenditures.

United’s pilots agreed to a deal to accept lower pay to preserve all their jobs through June 2021, something United has said will allow it to rebound more quickly by avoiding having to rehire and retrain pilots.

On an adjusted basis, United reported a loss of $2.4 billion, or $8.16 a share, falling short of the $7.53 per share loss expected by analysts polled by FactSet.

Appeared in the October 15, 2020, print edition as ‘United Airlines Prepares for Long Drought in Air Travel.’

Wed Oct 14 , 2020
Amanda Kloots/Instagram Amanda Kloots, son Elvis, Olivia Munn Elvis Eduardo is a cowboy in the making! Amanda Kloots shared several photos and videos from a family outing where the mom and son went horseback riding on Sunday. “Such a fun family day riding horses! Elvis was fearless, such a little […] 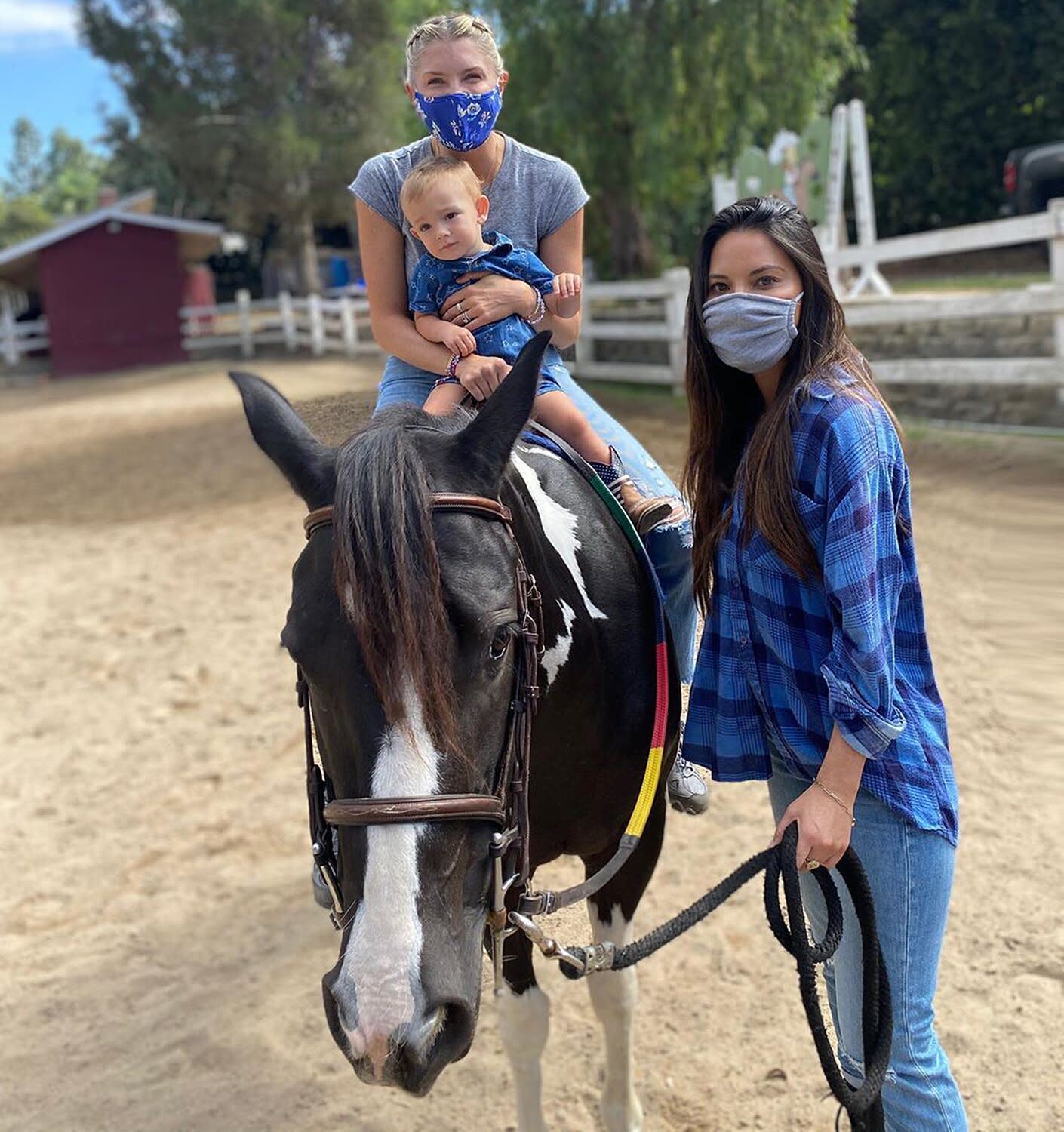