President Trump’s re-election bid has had a rough few weeks, with challenges coming from both his stewardship of the presidency and past personal controversies that may be catching up with him. Coronavirus is worsening in much of the country, he’s down in the polls, his response to the pandemic has been heavily criticized and he gets low marks from voters on race relations.

He’s also had to endure the publication of high-profile and deeply critical books from his former national security adviser and his only niece, with another book by a former assistant to first lady Melania Trump set to be published next month. Here’s a look at some of the president’s biggest problems as the general election heats up.

There has been a wave of new infections since states began reopening in late May. That surge has included troubling milestones, such as the country’s 3-millionth case and the worst single day of new cases on Tuesday.

This spike came as the virus spread beyond its initial epicenters in New York and on the West Coast. There are now growing outbreaks in many states, including eight that saw their average number of new cases double this week. To add insult to injury, the European Union, which is in the process of reopening, barred American travelers this month due to the scope of the outbreak here.

The troubling — and deadly — rise in coronavirus cases came as Trump has consistently minimized the threat and clashed with his own experts, including those at the Centers For Disease Control and Dr. Anthony Fauci. Trump’s efforts to downplay the virus were best symbolized by his rally in Tulsa, Okla., on June 20, which was the largest indoor event in the country since widespread mitigation measures began in March.

The event was plagued by poor attendance and, on Wednesday, the city’s top health official declared that Trump’s event “more than likely” fueled a spike in new cases of the virus there.

Along with these incidents, the protests reinvigorated the Black Lives Matter movement and sparked a nationwide conversation about racial issues. And while Trump has increasingly attempted to make criticizing violent protesters a focal point of his campaign, polls show most Americans give him poor marks for race relations and a majority support the Black Lives Matter protests.

This summer has already seen a pair of high-profile books that excoriated Trump. In June, the president’s former national security adviser, John Bolton, released a tell-all that accused the president of asking Chinese leader Xi Jinping for help with his reelection effort, among other things. Bolton’s book was a blockbuster, with about 780,000 copies sold in its first week on sale.

Meanwhile, Mary Trump, the president’s niece and a clinical psychologist, has a tell-all of her own coming out on July 14 that describes the commander in chief as a textbook narcissist who had a friend take his SAT exam for him.

Trump and his allies have disputed the claims made in both books, and the president’s lawyers tried — and failed — to block their publication. And there’s a third tell-all on the way from Stephanie Winston Wolkoff, a former aide to first lady Melania Trump.

Trump has suffered a series of defeats in the Supreme Court since June 15 when the court expanded protections for transgender people despite oppostion from conservatives. Two weeks later, the court struck down a law in Louisiana that would have left the state with just one abortion clinic in a blow to the president’s evangelical supporters.

And on Thursday, the court ruled the Manhattan district attorney had the right to obtain Trump’s tax returns and business records, which the president has long fought to keep secret. To make matters worse for Trump, justices he appointed went broke with the president in some of the cases, with Neil Gorsuch and Brett Kavanaugh both siding with the court’s liberal wing on the tax ruling.

The decision to allow Manhattan’s top prosecutor to obtain Trump’s records leaves him vulnerable to investigation and — possibly — prosecution.

Fallout from the Tulsa rally ratcheted up internal tensions on Trump’s campaign. Some of Trump’s allies outside his team have also gone rogue in recent weeks.

Republican senators like Lindsey Graham have been increasingly critical of his performance. On Fox News, Tucker Carlson – the host of the most popular show on cable – has also criticized the president for his inability to stop recent protests. Meanwhile, the influential online news aggregator Matt Drudge – once a major Trump backer – also seems to have turned on him. In other words, Bolton isn’t the only defector from the president’s camp.

Trump is now trailing Biden by an average of roughly nine points in national polls. Surveys of key states — including some that were reliably red — are also starting to break for Biden. Along with endangering the president’s hopes of a second term, the numbers are starting to indicate a potential Democratic Senate takeover.

This isn’t the first time he’s had a turbulent stretch on the campaign trail. During the 2016 race, the infamous Access Hollywood tape prompted wide speculation Trump might actually end his campaign just weeks before Election Day. But he weathered the storm, defied the odds and won a surprise victory over Democrat Hillary Clinton.

Trump’s allies often describe him as a “counter-puncher” who’s at his best when under attack. In a statement to Yahoo News, Trump campaign spokesperson Erin Perrine dismissed concerns that the president’s reelection was in jeopardy.

“We know from our data that President Trump runs consistently strong against a defined Joe Biden in all of the key states that will decide this election,” she said.

“The President has an undeniable record of success for all Americans, including building the world’s strongest economy once and he will do it again. Joe Biden is a disaster of a candidate who would raise taxes and kill jobs, just like he has always done. Voters will have a clear choice in November and the winner is President Trump.”

On Thursday, the president took to Twitter and rattled off a litany of grievances. He framed the decision about his financial records as part of a years-long series of unjust attacks against him.

“Despite this, I have done more than any President in history in first 3 1/2 years!” Trump wrote.

While the president is projecting confidence following this political rough patch, his rival, former Vice President Joe Biden, described Trump as having “given up” on fixing the economy in a speech on Thursday.

“Trump has simply given up,” Biden said. “He’s waved the white flag.”

17 Things You Need to Know Before Ordering Taco Bell

Fri Jul 10 , 2020
Photo credit: Taco Bell From Delish Even if you don’t love tacos enough to eat them every day for a week, it’s more than likely that you’ve been to Taco Bell. And even more likely that you loved it. From the Chicken Chalupas to Crunchwrap Supreme® everything on their menu […] 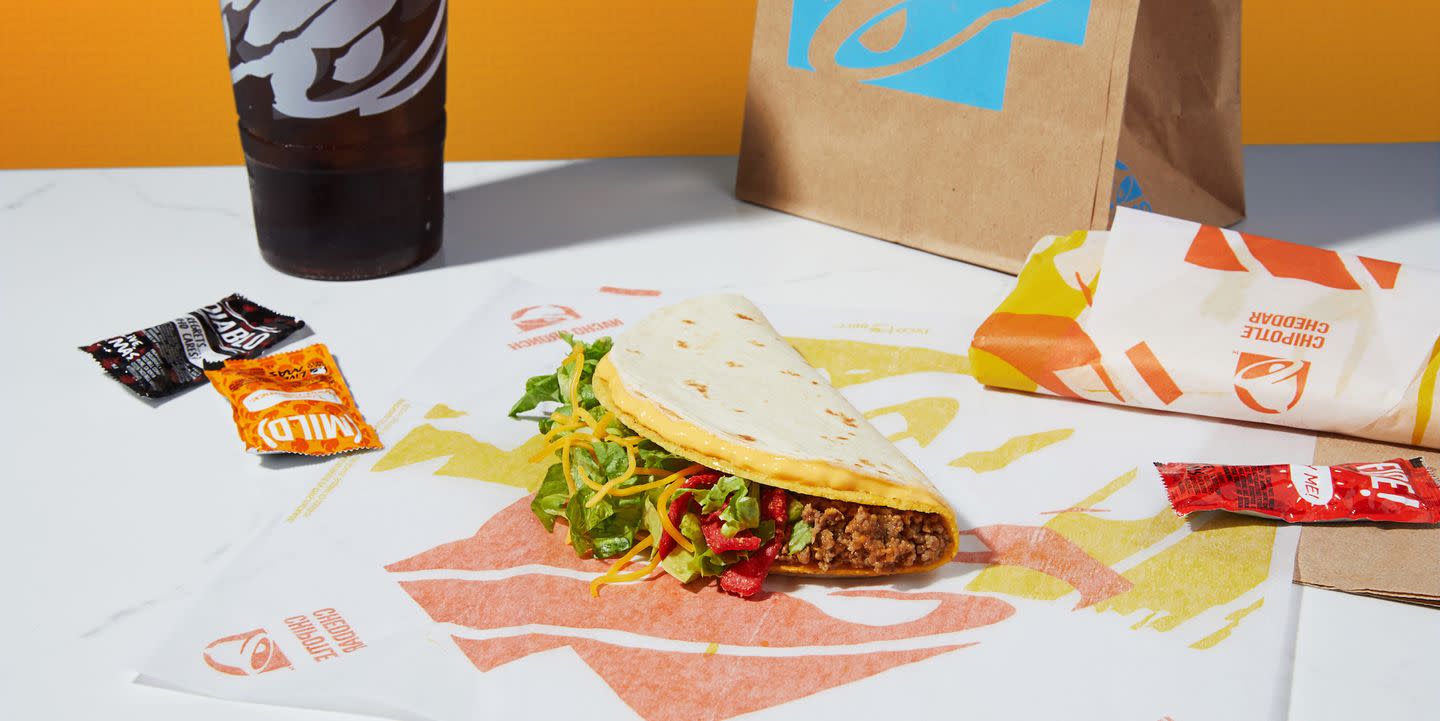