WASHINGTON (Reuters) – Differences over how to fight the coronavirus pandemic have sparked infighting and tension within the White House, hampering its response as the death toll mounts and President Donald Trump’s approval ratings fall.

Physicians on the White House Coronavirus Task Force, particularly its coordinator, Dr. Deborah Birx, are frustrated that warnings about rising cases are being ignored, and dismayed that Dr. Anthony Fauci, the renowned U.S. infectious disease expert, has been demeaned and disparaged, officials said.

Trump, who is trailing Democrat Joe Biden in opinion polls ahead of the Nov. 3 election in large part because of voter dissatisfaction with the president’s response to the coronavirus, is signaling a shift in strategy.

“Whether you like the mask or not, they have an impact, they’ll have an effect, and we need everything we can get,” he said.

The decision to restart briefings came after tension between Trump’s chief of staff, Mark Meadows, whose team took over leadership of the West Wing in March, and others in the White House, especially Vice President Mike Pence’s team, about the right strategy for talking to the country about the pandemic.

Meadows sought to curtail task-force briefings, which were moved off the White House grounds and scheduled only infrequently, without participation by the president, in an effort to change the subject as Trump tried to focus on reopening the economy and boosting his re-election campaign.

Trump ended his regular coronavirus briefings in late April after a series of missteps including a suggestion that injecting disinfectant might cure COVID-19.

But the president decided to start them again after input from White House counselor Kellyanne Conway, who noted that Trump’s approval ratings were higher when he was briefing the country regularly in the spring, and support from Jason Miller, a senior aide on his re-election campaign. The rest of the senior staff came on board.

“They all agree with it now,” a White House official said of the differences among Trump’s team.

Still, the doctors who have been crafting guidance for reopening states’ economies are concerned about the growing number of cases and some are vexed that their advice has not been heeded, two officials said.

“Birx is getting increasingly frustrated,” said an administration official with knowledge of the situation. “For her to get to that point, you know that’s bad.”

Birx declined to comment. Asked about her concerns, a source familiar with her thinking noted she had recently traveled to Texas, New Mexico, Arizona, Florida, Louisiana, Mississippi, Alabama, Georgia, and South Carolina – several of which are coronavirus hot spots – and that many of those states implemented recommendations she provided.

The doctors are also dismayed at the treatment of Fauci, who has come under sharp criticism from top White House officials, including Trump, Meadows and trade adviser Peter Navarro.

“We’re just trying to help. We’re just trying to do our best for the public health of the nation,” said one administration official on the task force. “What happened to Tony (Fauci) … I don’t even know how to characterize it other than it’s shocking.”

None of the doctors appeared with Trump at his briefing on Tuesday.

The coronavirus pandemic has led to more than 141,000 deaths in the United States, battered the economy and put a spotlight on Trump’s uneven handling of a national crisis.

Some in the White House, hoping to turn things around, have been pushing for a more robust message on mask-wearing, a practice health professionals say would make a big difference in stopping the spread of the virus, but has been met with resistance by some Americans.

Much of the tension within the White House, however, boiled down to differences between associates of Meadows and those working with Pence, who oversees the task force.

Meadows’ team has been frustrated by what it sees as a lack of action by the task force, one White House official said. It took outside advisers such as Meadows or Jared Kushner, Trump’s son-in-law and senior adviser, sitting in on meetings sometimes to get things done, the official said.

The approach to school reopenings sparked consternation. Pence’s team was asked to cancel a planned visit to a school while the administration coalesced around a plan to get students into school buildings, the official said.

That push is likely to include funding in the next legislative stimulus package to provide money for proper cleaning and barriers for teachers. A plan for teachers over the age of 50 to give instruction online while younger teaching assistants are present with children is also being considered.

A broad strategy was not in place when Pence spoke at the Department of Education earlier this month. Instead he had to defend a Trump tweet that U.S. Centers for Disease Control and Prevention guidelines for opening schools were too strict.

The tweet caught CDC Director Robert Redfield and Health and Human Services Secretary Alex Azar off guard, according to the official with knowledge of the situation.

The fact that a news conference was held at all irked the Meadows team.

“There is a strategic disagreement over the effectiveness of having very long national press briefings around this,” the White House official said last week, before Trump himself said he would relaunch his own briefings.

Another White House official described complaints from Meadows’ team as “foolish” and said advisers such as Kushner and Press Secretary Kayleigh McEnany had stopped attending task-force meetings a long time ago.

Trump has repeatedly praised Pence’s leadership of the task force, and Pence’s advisers stress that he would not do anything without the president’s approval.

Pence’s chief of staff, Marc Short, said the task force was involved last week in policy discussions about cruise ships and additional travel advisories, and Pence is in regular contact with governors in hot spots who report that they are well supplied with personal protective equipment.

“Perhaps some of those same critics inside are unfamiliar with actually what’s happening,” Short said.

Wed Jul 22 , 2020
NEW YORK (AP) — Aaron Judge knows San Francisco manager Gabe Kapler took a knee along with several of his players, and the New York Yankees star wants to talk with his teammates about whether they want to make a gesture against racial injustice before Major League Baseball’s season opener. […] 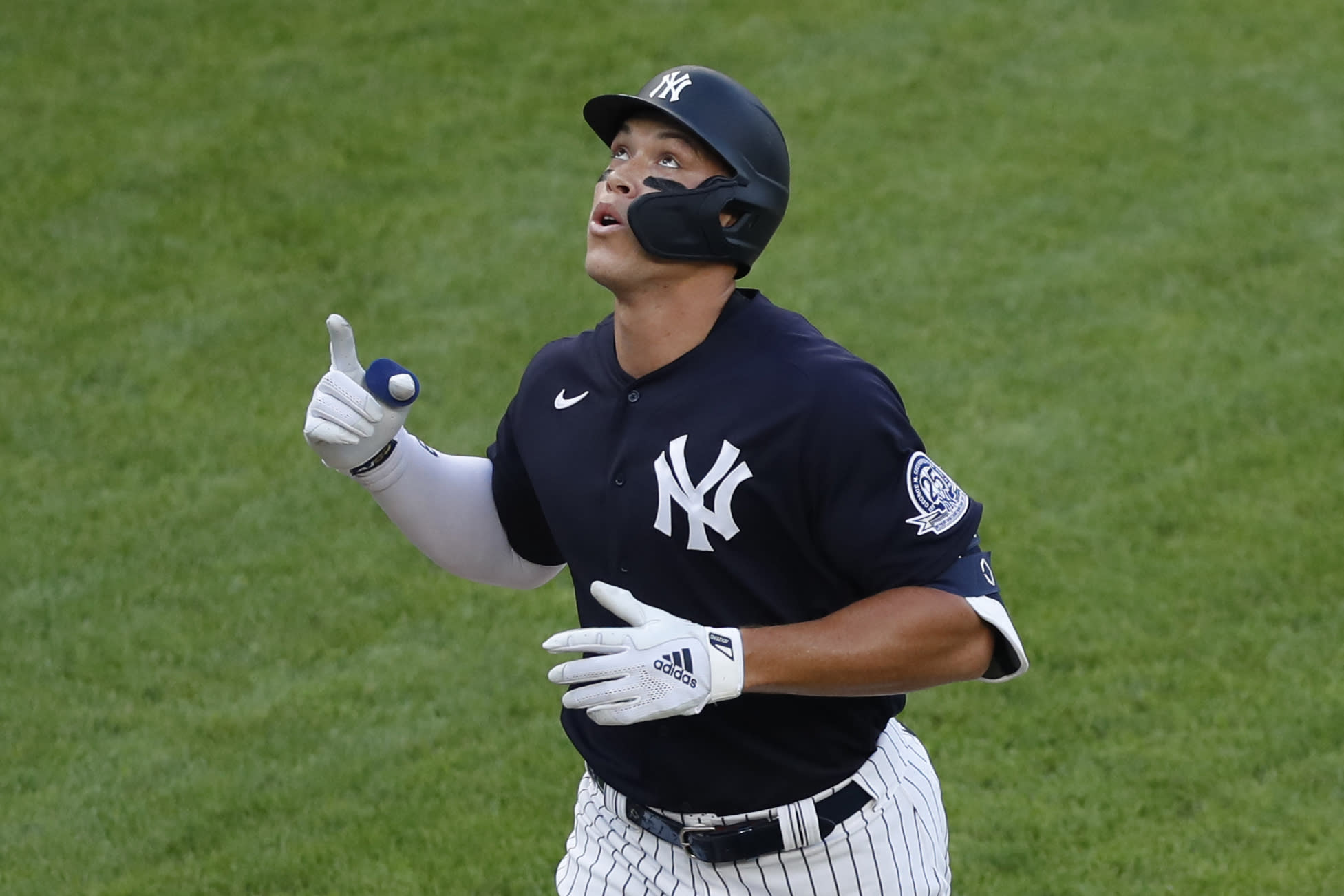