It has been 17 months (…and counting) since The Orville aired its Season 2 finale, so fans are understandably anxious to know when they can expect more of the space adventure series.

Although the first two seasons aired on Fox, it was announced in July of last year that Seth MacFarlane’s sci-fi series would move to Hulu for Season 3 — and that those new episodes would not arrive until “late 2020.”

“As the show has evolved and become more ambitious production-wise, I determined that I would not be able to deliver episodes until 2020, which would be challenging for [Fox],” MacFarlane explained at the time. “So we began to discuss how best to support the third season in a way that worked for the show,” by offering it up to Hulu.

“All I can say is we’re working on it. We’re working very hard,” MacFarlane shared during an Instagram Q&A (below) with cast member Jessica Szohr, who plays Xelayan officer Talla Keyali. “We got hit by this [pandemic delay] just like everyone else, but we are working on it.”

Szohr indicated that at the time the pandemic shut down production, “We were, like, pushing through the middle of the season, scripts were banging out, gas pedal down, and then it was like, ‘Halt!’”

But even with a good chunk of the season left to film, Macfarlane maintained, “We will be back soon, folks.”

“There has been a lot of speculation online: Will the show come back?” the series creator and Captain Ed Mercer’s portrayer noted. “The show is still a huge priority for me and for the cast and everyone else. We do have a season to finish, and we are going to finish it,” once the logistics for producing a show “in this climate” are figured out.

“For a show with a lot of prosthetic makeup that requires close contact, a lot of background artists… it’s a big job, and you want to make sure you do it in a way that keeps everyone safe and secure,” McFarlane explained. “Once we have those protocols figured out, we will start up again and you will get more Orville.”

New to The Orville Season 3 (besides Hulu, that is) will be Anne Winters of ABC’s one-and-done Grand Hotel, playing a character named Charly Burke.

MacFarlane discusses the state of The Orville starting at the 12:00 mark:

13 ways you can pay less taxes, too 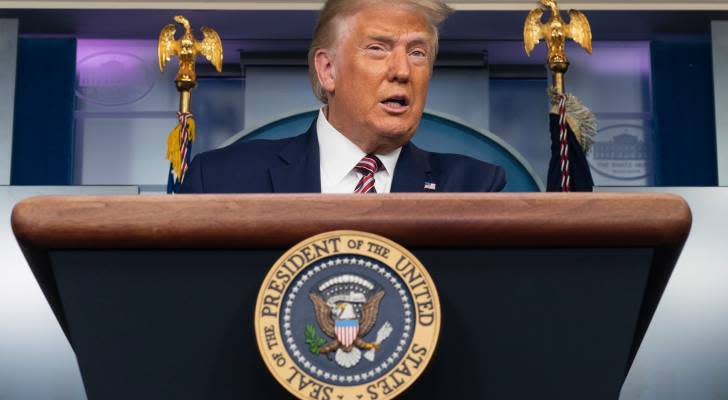