Sometimes, good things descend from the top of an organization. But other times, it takes people with a passion among the rank-and-file to make a change.

So it was with the asphalt playground at Tomahawk Elementary School in Olathe, where an idea to touch up faded paint last summer turned into something much bigger.

“I had two staff members ask if they could dress up the playground,” Julia Baucum, the school’s principal, said in a news release. “Offie Morris, a paraeducator and parent in our building, and kindergarten teacher Christi Gottschalk worked together for their vision and follow-through.”

In light of the coronavirus pandemic, Morris said, they included elements that students could enjoy with “minimal touching.”

Instead of merely repainting a school bus feature on the playground, they asked fifth-grader Owen Beckman to get involved, too. Morris gave the bus a new coat of yellow paint, but the Kansas Chiefs mascot and a football — thrown fast enough to leave a fiery contrail — were created by Owen, who also added Royals mascot Sluggerrr to the baseball benches.

“I painted the remainder of the bus with a nod to the Chiefs’ Super Bowl win,” Gottschalk said.

Also involved were two members of Morris’ family, teacher Gayla Posch and paraeducator Stacey Jurgensmeyer. Because of the sweat equity, the playground came together with only a few hundred dollars from the school budget.

Gottschalk painted a sensory path as well as a caterpillar and a big T with tiger stripes.

“Just me and my paintbrush doing what I love to do,” she said. “I looked for ideas online and then sketched out my ideas on paper. When I first figured out what an artist would charge for the kindergarten area and equipment area, it would be a minimum of $1,500 for their time.”

To minimize competing foot traffic, the painters worked early in the morning and into the evening.

“One of my favorite parts of this was the conversations with people who stopped by: the dog walkers, kids coming to play, or just neighbors who stopped to see the action,” Morris said.

A few visitors brought beverages or pillows to put under the painters’ knees.

Morris regards the project as therapy during the early months of the pandemic.

“It was a stress reliever to come paint and feel like with all the unknown and sadness, that this would bring joy to so many,” she said.

As promised, the Mahaffie Street extension has opened in Olathe, providing another route for commuters to and from the Garmin International headquarters at 151st Street and Ridgeview Road.

Previously, Mahaffie Street ended just north of 151st Street. The extension has taken it under Interstate 35 to the intersection of Old 56 Highway and Church Street. Among other benefits, the new route is expected to relieve congestion at 151st Street and I-35, traditionally the main interchange used by Garmin employees.

“Residents have always stressed their desire for quality roads and less congestion,” Olathe Mayor John Bacon said. “We’re thankful to have partnerships like we do with Garmin and the state of Kansas to help us achieve these goals.”

When the Johnson County Commission began meeting virtually during the coronavirus pandemic, it accepted only written comments from the public. But now, oral comments are being accepted as well.

Starting with the Jan. 21 meeting, commissioners established a trial process in which speakers can register each week between Tuesday evening and noon on the Wednesday before the Thursday commission sessions. The policy allows no more than 50 speakers, each of whom may talk for up to two minutes.

For details on how to register, go to the Board of County Commissioners page at jocogov.org. The commission will continue meeting virtually at least through February.

This may be in the bleak midwinter of the coronavirus pandemic, but the city of Gardner recently declared that its Independence Day celebration will return for 2021.

Music teacher of the Year is from Olathe

“Elise is truly a gifted music educator,” Martha Gabel, fine arts coordinator for the Olathe Public Schools, said in a news release. “The high expectations she has set for herself and her students are not only evident in her classroom but also in the many successful performances she conducts each year.”

What can you do with an empty feed sack? “Thrift Style,” an upcoming exhibit at the Johnson County Museum in Overland Park, gives 41 examples of garments and other household items fashioned in years past.

The traveling exhibit “illuminates how the ‘upcycling’ of these bags mutually benefited 20th century consumers and businesses,” the Johnson County Park and Recreation District said in a news release. “This exhibition offers a snapshot of domestic life during a time when recycling was as critical as it is today.”

It opens Feb. 6 and continues through April 30 at the museum, inside the Johnson County Arts & Heritage Center at 8788 Metcalf Ave.

Admission is included with regular rates for the museum, which is open from 9 a.m. to 4 p.m. Monday through Saturday.

Johnson County is allowing its fueling station to be used by up to 30 Olathe school buses that are powered by compressed natural gas.

The station is used by vehicles from the county public works, transit and wastewater departments, as well as Olathe trash vehicles. Proceeds from compressed natural gas sales are reinvested in the county’s fleet fund.

Fri Jan 29 , 2021
SENATE REPUBLICANS’ CAMPAIGN ARM continues to promote a fundraiser for Sen. Josh Hawley’s Fighting for Missouri PAC, even after the hotel that was scheduled to host it backed out because of Hawley’s objection to certifying Joe Biden’s election victory on Jan. 6. The National Republican Senatorial Committee advertised Hawley’s Feb. […] 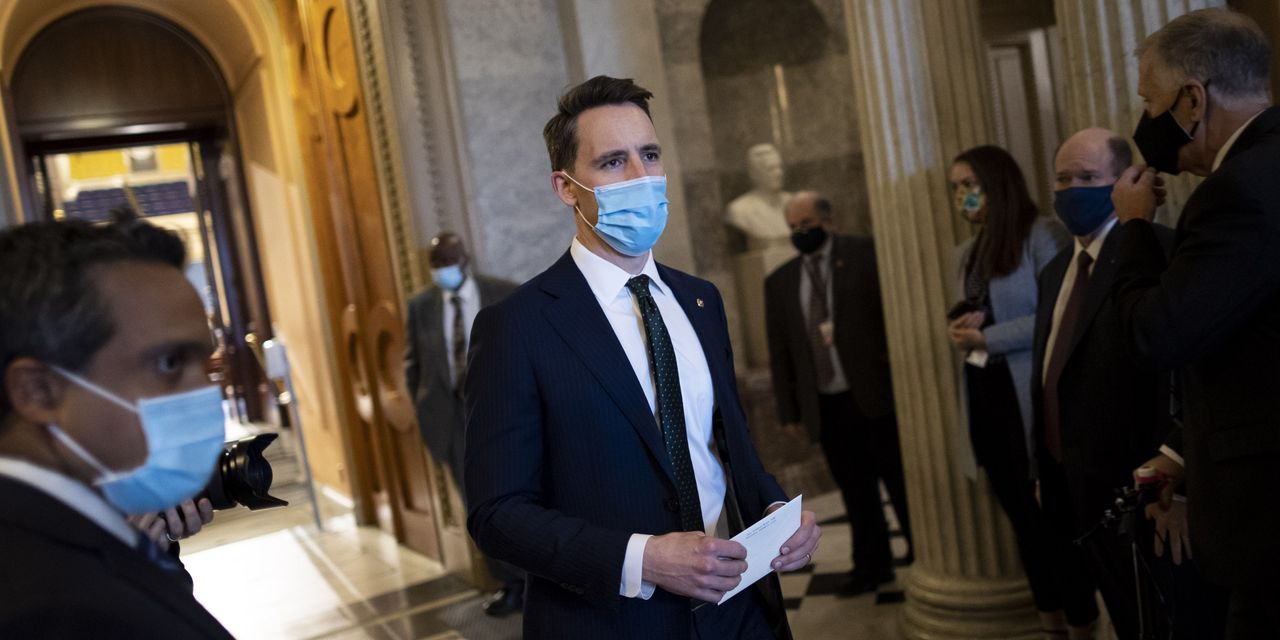