The Pennsylvania Interscholastic Athletic Association Board of Directors on Wednesday enacted measures that lengthened the winter high school sports season, giving schools flexibility in scheduling games and practices amid the COVID-19 pandemic.

That order leaves the PIAA, and athletic officials throughout the state, with a lot of work to do.

“I’m trying to field a lot of questions,’’ PIAA Executive Director Robert Lombardi said Friday. “Obviously, we have some decisions to make.’’

The traditional winter sports season begins in early December and runs for roughly 15 weeks, through the basketball state finals, usually the third weekend in March.

This year, because of the pandemic, the season — which has already begun, with a handful of sports having played games in the state this week ­— has already been truncated, and the number of available postseason playoff berths cut in half in some sports.

The PIAA board on Wednesday tweaked deadlines and other rules to allow schools to start and finish the season when they wanted, although the season would still have run for roughly 15 weeks, with the end coming March 26-27.

The directors did so after noting widespread social-media rumors Tuesday that a shutdown was coming.

“The read of the board was something’s up, so let’s be prepared,’’ Lombardi said.

All of which leaves a lot of details to be ironed out between now and Jan. 4. For example, the PIAA normally requires teams to complete 15 practices before playing a game.

As the shutdown begins Saturday, some schools will already have 15, and even have played a game or two. Others haven’t even begun practicing. Yet games will have to be scheduled and played, starting Jan. 4, within a compressed time frame that might not allow for weeks of practice only.

“We might have to kick the tires on that baby,’’ Lombardi said.

As of Friday, the board had not scheduled a formal meeting before its next one, scheduled for Jan. 6.

The PIAA did release a statement on the shutdown Friday:

“The increases in Covid-19 cases across the Commonwealth have led the Governor to ‘pause’ extracurricular activities for the next three weeks. Hopefully, this temporary suspension will assist in flattening the curve and reducing the numbers of cases statewide. We all collectively must be diligent in following mitigation efforts in order for a successful return to the season.

“In anticipation of hopefully returning to play in January, PIAA will continue to recognize and review suggestions from various professional education groups represented on the Board of Directors. The Board has been proactive in the implementation of policies throughout the fall and winter sports’ seasons. At Wednesday’s meeting, the Board removed many eligibility restrictions and deadlines to allow for maximum flexibility and opportunities for schools to complete a winter season.

“PIAA President, Mr. Frank Majikes, stated, ‘PIAA is committed to maximizing the athletic opportunities for all student-athletes across the Commonwealth of Pennsylvania. The Board will continue to meet and monitor this ever-changing pandemic and its implications on schools and their communities.’ ”

Fri Dec 11 , 2020
Honduran security forces dispersed a caravan with hundreds of migrants who planned to make their way to the U.S. weeks after two destructive hurricanes ravaged their country. As part of a government effort to restrict migration flows and prevent diplomatic strains with the U.S., police and migration agents set up […] 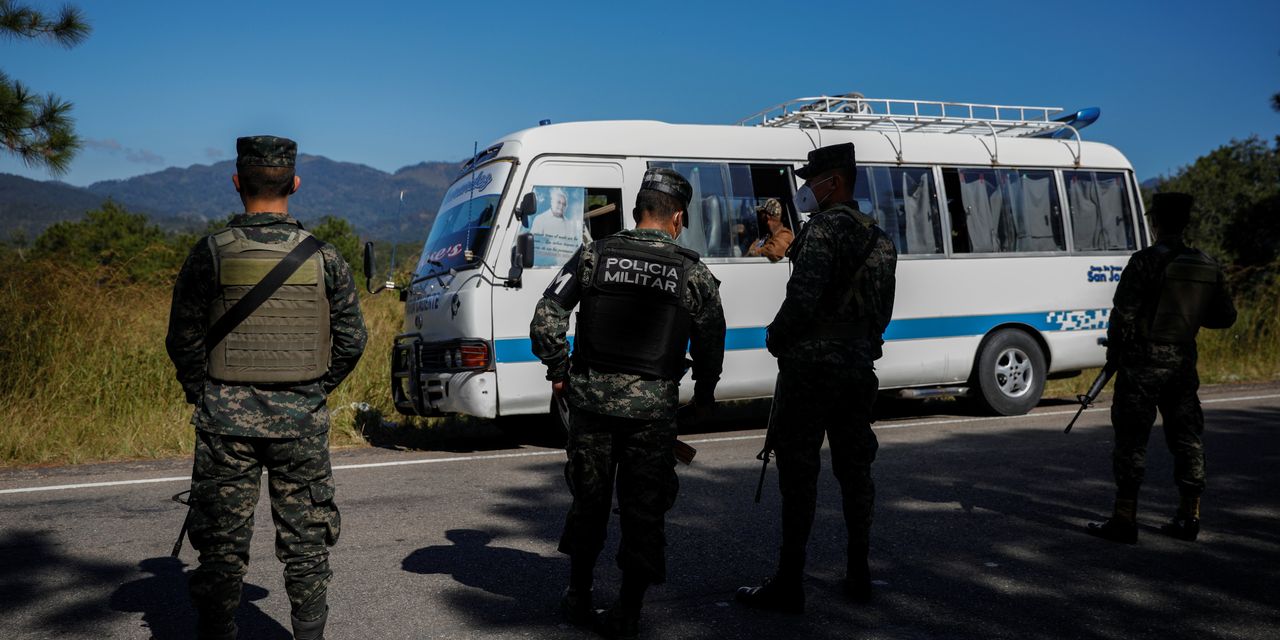