The first problem with interviewing Gillian Jacobs is her name: is it a hard or soft G? Looking up past interviews is no use because Jacobs, a perennial cool girl, seems hardly the type to kick up a fuss either way. And when the question does come up – there seems to be no way of getting around it – she brushes it off and laughs, “You are not alone in that dilemma.” It’s a hard G.

The second problem is her acting. Not like that; quite the opposite. Jacobs has given such indelible performances in her 20-plus-year career that it is hard to extricate the actor from the roles she plays. Three in particular always come to mind: Brita Perry in Community, Mickey Dobbs in Love, and a brief but still talked-about stint on HBO’s Girls as Adam Driver’s enviously self-assured girlfriend Mimi-Rose Howard.

It also doesn’t help that the roles regularly conflate with one another: enigmatic late-twenties to early-thirtysomethings who are outspoken to a fault and blundering through life by way of alcohol and chain-smoking. As Jacobs puts it, her characters are “having a hard time”. In the pantheon of self-destructive, shambolic libertines, Jacobs is the ne plus ultra. She’s the it-girl of the sad-com – a thriving subgenre that finds humour in life’s inevitable despair. Such is her gift for these parts that director Judd Apatow hired Jacobs for Love without an audition; one interview hailed her the “Patron Saint of Messy, Flawed Roles”.

So it is almost laughably ironic that Jacob’s characters should feel relatable to so many people, and yet least of all to herself. “I think sometimes people are disappointed when they meet me. I’m not funny and I don’t party,” she says down the line from Los Angeles. To use a Community comparison, she says: “As a person, I’m closer to Alison [Brie’s] character Annie than I am Britta. I’m a good student who likes to follow the rules.” Annie is Britta’s goody-two-shoes foil. It’s a similar story with her character on Love, the critically-acclaimed Netflix series that pairs Jacobs’s erratic boozehound Mickey with Paul Rust’s bonafide nerd Gus. “Same thing with Mickey,” she says. “I am much more like Gus.”

The actor, however, admits to one quality she shares with her characters: “I certainly don’t feel like I have life figured out either.”

Her latest role is no different. In her latest film I Used To Go Here, which came out this week, she plays Kate, a writer who is reeling from disappointing reviews of her first novel and a devastating breakup when she is invited to speak at her alma mater by an ex-professor. Eager for an ounce of validation at this low point, she agrees.

But while Kate might return to her university with fond memories and a desire to regress into a more comfortable time, Jacobs still gets shaky knees looking at the Juilliard building in Lincoln Centre. She completed a four-year MFA acting programme there, after growing up in Pittsburgh, Pennsylvania in a very strict household with a mother who picked out her clothes. But it doesn’t sound like college was any more freeing. “It’s funny because as we’re doing interviews for the film, Kris [Swanberg, the film’s writer and director] is talking about college as this time where you feel like you can do anything, and I just had the completely opposite experience of that at Julliard.” The school is famously prestigious and infamously hardcore; thousands of people audition and approximately 15 are accepted every year (alumni include Robin Williams, Viola Davis, Kevin Spacey and Laura Linney). Jacobs was accepted at 17 years old.

“You would sit around at the end of each semester one-on-one with your teachers and they’d tell you how you were underperforming,” she recalls. “I didn’t get a lot of praise. Mine was this sort of brutal couple of hours where there’s a teacher sitting in each corner of the room telling me how I’m failing.” In 2016, she wrote an article about her four years at Juilliard for her friend Lena Dunham’s website Lenny Letter, in which she revealed the inner mechanics of Juilliard’s operations – how they masticated her self-esteem and spat her out. She scoffs when I ask whether she’d be asked, like Kate was, to visit and give a speech. “I don’t think after I wrote that essay I’m on any shortlist to return!”

Despite her illustrious education, success came slowly. Even Jacobs herself didn’t know her breakout role in Community was a breakout role until much later into the show’s run. Dan Harmon’s mega-meta comedy has achieved cult status now but when it aired a decade ago, the ratings suggested anything but. For most of its six-season run, Community was on a knife’s edge of being axed. “It was really stressful,” Jacobs remembers. “But also because for most of us, it was our first television show so we didn’t realise how unusual it was to always be on the brink of cancellation. Oftentimes we’re finding out news about our shows online with everyone else.” Season after season, the actor would sit around with co-stars Alison Brie, Donald Glover, Joel McHale and co. refreshing Twitter for updates on whether there’d be a next one.

Community was a comedy through and through, but Britta, self-loathing as she was, still had all the makings of the stock character who would come to define Jacobs’s career. “When I first graduated from college and was auditioning for high school and college-age roles,” she says, “I would never get cast in the stereotypical ingenue part.” No, instead Jacobs found her niche playing the cynical, spiralling, sailor-mouthed woman with reprehensible morals, and it’s a type of character that continues to gain more prominence on screen. They are the type to make drunken public speeches and hotbox a car to get rid of a migraine. Carving out this space for herself wasn’t a business decision nor was it even a conscious one; like most young actors Jacobs was auditioning for everything and accepting anything. “When I started my career as an actor, I didn’t feel like I was making any decisions about the roles I was playing. It’s just whomever would cast me, that’s what I was doing,” she laughs.

Jacobs herself is tee-total. She doesn’t smoke weed or even smoke cigarettes. She’s never had an alcoholic drink in her life. “Maybe it’s a kind of outlet for me,” she ponders. “You know, acting gives me permission that maybe I don’t give myself in real life. So maybe the reason why I’m drawn towards these roles – or why people cast me in them – is that it’s a way for me to act out in a safe, not real environment.” In the past, Jacobs has spoken – albeit very briefly – about her decision to never drink being a control response to having had an alcoholic father.

Emotionally, this means moments sometimes arise during filming that can be hard to reckon with. For example, Jacobs has previously opened up about a scene in Love in which Mickey confronts her dysfunctional alcoholic father; the actor called it “a gift” to see “things from my father’s perspective for the first time”. Practically, it means that everything from faking a hangover to reciting drunken monologues becomes a question of academic research. “I feel slightly self-conscious about my lack of first-hand experience with that stuff,” she says, “so I try and ask people a lot of questions, study them.” Like a teen looking to movies for how to look cool while smoking a cigarette? She chuckles in agreement: “Yeah, that’s me on set.”

The cringe-worthy podcast isn’t the only British export that Jacobs is partial to. The actor has spent quarantine deep in Channel 4’s Stath Lets Flats and recalls a childhood of sitting in front of the television at home in Pittsburgh watching Are You Being Served? and Absolutely Fabulous. She fondly remembers having a young acting teacher introduce her class to Monty Python and laughs while remembering doing the Dead Parrot sketch as a child.

While Jacobs may have cut her comedic teeth on slapstick, her brand of humour has come to be defined by its dark underbelly. Along with the zingy one-liners, I Used To Go Here delivers some home truths on failure and expectations. The film’s opening scene is a baby shower in which Kate is the only non-pregnant attendee. Did Jacobs ever feel pressured herself to have children? “Well, certainly people start asking you,” she says. “It becomes a persistent question, a frequent question. I mean I certainly don’t have kids.” The supposed loss of potential that accompanies age is also explicitly spoken: in another scene, Kate tells a young writer she’s jealous of her possibility and youth. But at 37, Jacobs has found steady – and expanding – ground. “I weirdly feel like I’m branching out more and more as I get older, sort of the inverse of what you’d expect.”

Her career is beginning to get more multi-tentacled: she’s writing more, voicing podcasts. She’s directing too – something she never thought she’d be interested in. “I remember my first week of college during orientation week, we went down to the West Village to see a psychic on Fifth Avenue, and she told me, ‘You’re going to be a director’ and I was actually so upset when she said that,” says Jacobs. Next, she’ll be directing an episode of Marvel’s 616 non-fiction series.

In some ways, our conversation has done the exact opposite of what was intended: I know Jacobs less now than I thought I did at the start. She disappears so fully into her relatable, dysfunctional BFF roles that one assumes they know her – and she doesn’t always rush to correct them, not because she enjoys the facade but because she genuinely doesn’t care either way: what people think about her is none of her business. “I try not to think about what anybody wants me to do and just really try and get down to the core of what do I, personally, as Gillian want?” she says. What, indeed.

Stellan Skarsgård: ‘It is absolutely necessary to be controversial’

Will coronavirus spell the end of casual university hookups?

Sun Sep 20 , 2020
(Getty Images) Jack Miller will return to his second year at the University of Newcastle this month. The 19-year-old says ahead of his arrival, after a summer of lockdown, his primary feeling is confusion over the new coronavirus measures, which stop gatherings of more than six people, but do allow […] 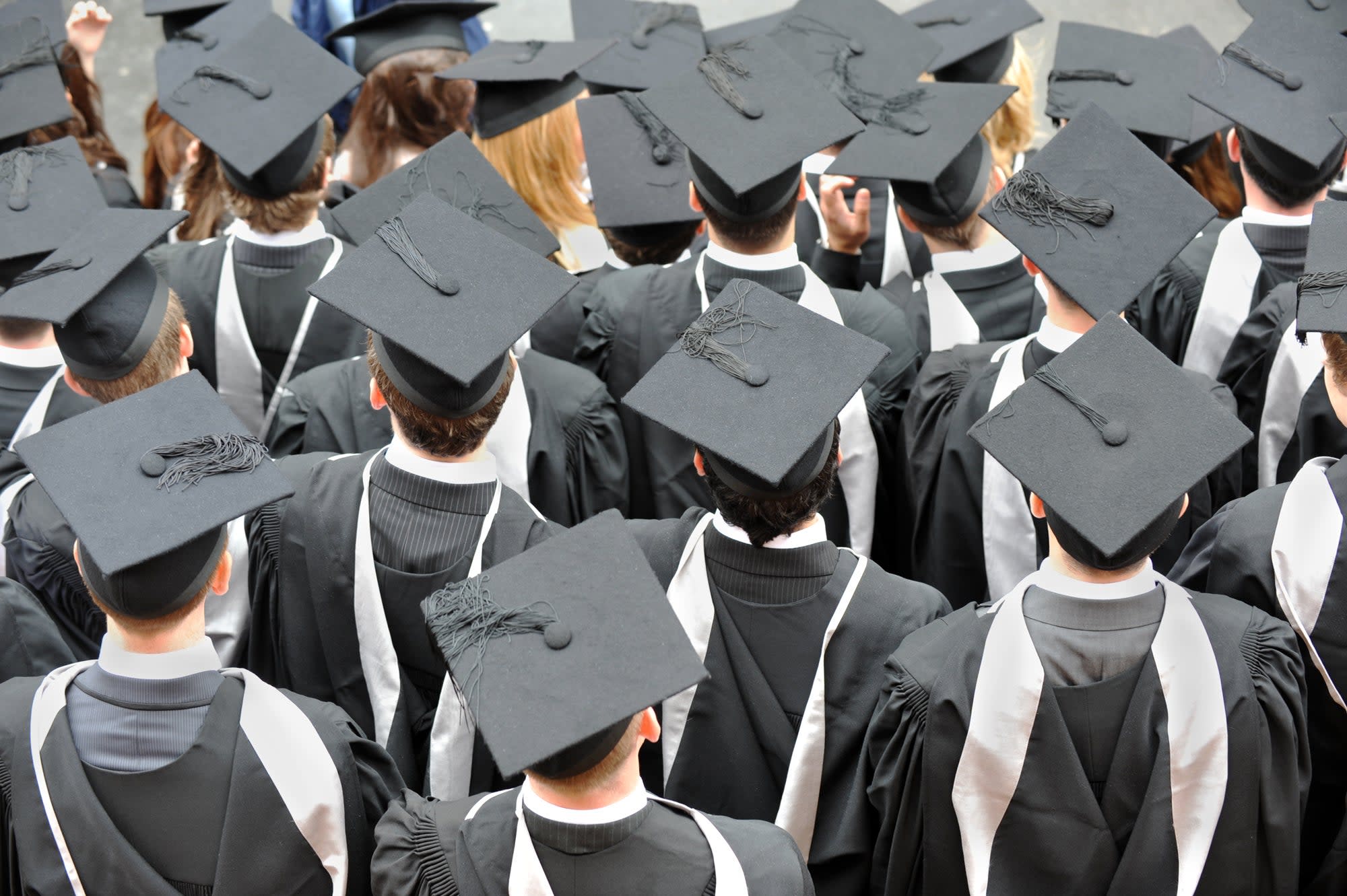