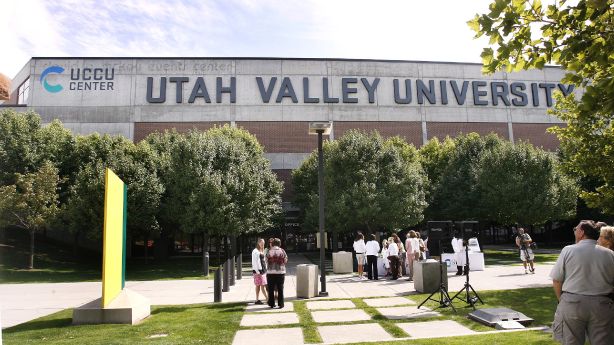 OREM — Want to make money, go to college and see the country? A new program from Utah Valley University and Breeze Airways is offering Utahns the chance to do just that.

The UVU “Flight-Study” program is now accepting applications for full-time, online students to become flight attendants for Breeze, a new Utah-based airline that’s slated to begin flying sometime this year after receiving federal approval on Wednesday. Breeze was founded by David Neeleman, who founded his first airline in Utah in the 1990s before going on to start airlines like JetBlue and WestJet.

Neeleman called the program a “win-win” for his airline and participating students.

“You get so many life skills from customer service jobs, and being able to travel and see the world,” Neeleman said. “It’s not just for (students considering) aviation careers — it’s really for anyone who is a student there.”

In order to qualify for the program, UVU students must:

In exchange, Breeze will cover participants’ tuition up to $6,000 per year. Breeze will also provide housing, salary and one paid trip home per month.

“When we were back living in Connecticut, there were a lot of students who would come out and be nannies for a couple years,” Neeleman remembered. “And it’s like, OK, you can be a nanny. Or you can come work for an airline, you can go to school, we’ll pay your tuition, we’ll pay your housing. … You can do this for a year, two years, three or four” and learn skills that “will benefit your whole life.”

Neeleman said the company has already begun accepting applications — the program was first announced in early December — but “we want more.”

“We just want to get the word out,” he said. “We’re going to be hiring 20, 30 people every month.” The training will be done in Utah, Neeleman said, and then students will be stationed in Charleston, South Carolina, and possibly other cities like Panama City and Tampa, Florida.

Neeleman said he is comfortable working with Utah Valley, an institution from which he holds an honorary degree.

“It all started with the aviation program,” he said, “because we’re going to be working with them closely, as time goes on, for pilots. And I thought it would be great if we could just keep it all under one roof.”

To apply for the Breeze Flight Attendant UVU Flight Study Program, visit flybreeze.com and search under the “jobs” tab for the “Flight Attendant – Utah Valley University Work Study Program” listing. Students must, of course, also apply and be accepted to an online UVU program.

Neeleman said flight attendants have plenty of down time when they can focus on their coursework. And who would be a good applicant for the program?

“People who want to have an adventure,” he said, “and want to do something different.”

Breeze is now in the final planning, hiring and approval stages necessary before it can announce routes and begin selling tickets. The Cottonwood Heights-based company aims to be a technologically cutting-edge but affordable option that serves midsize or overlooked domestic markets, primarily east of the Mississippi River to begin with.