Before Joshua Hunt took classes online at Morehouse College, he gained a little experience in virtual learning at Pine Bluff High School, all while a traditional senior year became anything but traditional.

His soccer season was just getting started, and the Pine Bluff Zebras had just won their first three matches. Then came March 11, 2020, the day the World Health Organization declared coronavirus a pandemic and the day the first Arkansas covid-19 patient was confirmed in Pine Bluff.

Schools were immediately closed to on-campus learning. There would be no more soccer and no prom for Hunt and his classmates. The seniors finished their studies by May, but graduation wouldn’t be held for another two months.

The ceremony at the Pine Bluff Convention Center looked a lot different from those in years past. Each student was allotted two to three tickets for family members, and the graduates were spread out 6 feet apart on the floor.

“Overall, it was a good experience,” Hunt said. “It felt like a graduation. We felt accomplished, like we were taking another step toward our future.”

Hunt has taken the next step, enrolling at a prestigious all-male, historically Black institution in Atlanta. He’s enrolled in a dual-degree program in engineering, looking to complete his studies at Morehouse within three years and go to another engineering school for two more years, possibly Georgia Tech.

“It’s been a great experience, learning about the brotherhood of Morehouse and the history,” Hunt said. “Initially it was a challenge getting used to the online learning, even though we did virtual here [at Pine Bluff]. Just doing that going into college, it was a challenge.”

Virtual learning is a reality for a majority of students in both Pine Bluff and Dollarway school districts, which will officially merge July 1. Superintendent Barbara Warren, who leads both state-supervised districts, estimated 70% of students enrolled in each zone attends classes virtually.

“The districts have common conditions, needs and concerns, so students and parents have responded to challenges in the same way,” Warren said, adding that’s been a benefit to her role.

“It was a shock to all of us,” she said. “Some were, I guess I could say, nervous, not knowing what we were expecting. We were probably expecting to return to school after two weeks or a month or so, but no one expected it to last as long as it has.”

A new school year began in August, and parents and guardians of Pine Bluff and Dollarway students were given the option of whether their children could attend school in person or study through school-issued laptops.

The pandemic has impacted greatly how students learn, White said.

“Some students are just used to learning traditionally, and they’re not structured or mature enough to handle the virtual learning, especially if their parents aren’t watching over them and they’re not logging on and doing the work they’re supposed to be doing online,” White said. “It’s even harder when they’re here face to face. At Pine Bluff High, we’re pretty much all-virtual, really. Even though we’re face to face, they do not move from class to class, so they’re on their laptops all day long, for seven periods. It’s hard for teachers to monitor those students that are there virtually and the ones face to face, so you have blended learning.

“Their focus has been misled, I would say, and I think they’ve gotten a little lax. Some of the ones at home, they don’t always get up and log in when they’re supposed to, so attendance is kind of screwed with that.”

That hasn’t been the case with Trenton Harris, a senior who sports a 4.09 grade-point average.

Harris returned to campus at the beginning of the year but then decided to go into virtual learning.

“We were in one class, and I was saying, ‘I could be doing this same thing at the house,'” Harris said. “Knowing myself, I asked myself, ‘Do I have the discipline to get up every morning, nobody’s watching over me, and still get up and log in and do my work?’ I said, ‘Trent, you can do it.’ I made that switch.”

Those who logged into Carman Wilson’s class one day last week seemed to engage in their lesson.

Wilson is a physical science teacher, but she also has algebra and English textbooks in her classroom to aid students of other teachers, especially if a teacher is absent.

The experience has brought instructors together even more, and the students’ desire for one-on-one learning has grown, Wilson said.

“I can say with the transition, the students that really want to learn, I’m finding that virtual learning hasn’t changed their want and need to learn,” she said. “They come to class. They want that help. They want to have an understanding, and they interact. I’m also seeing students here face to face if they need help. Because I’m co-teaching with another teacher in a different building, and her students are here, they’ll come to me. Now, I’m able to have students help each other virtually and face to face.

“It’s been difficult, but with any change, it’s difficult. But it’s helping me hone my skills in other areas, too.”

What members of the class of 2020 missed out on during their senior year, the class of 2021 likely will get to experience in a more traditional fashion, like proms and graduation. Warren and White confirm that school officials are talking about how to safely hold those rites of spring as Gov. Asa Hutchinson considers relaxing mandatory rules regarding the use of masks and social distancing.

The pandemic forced the Arkansas Activities Association to halt high school sports events, including the 2020 state basketball championship games. Those that reached the championship games were declared state co-champions.

This year’s state tournaments have unfolded without a hitch across Arkansas, with the championship games scheduled for next weekend at Bank OZK Arena in Hot Springs. Pine Bluff took on Sylvan Hills on Saturday in the quarterfinals of the Class 5A boys tournament at Hot Springs High School.

“It’s everything because I worked extremely hard and the whole team has worked extremely hard,” said Harris, a senior guard for the Zebras. “I’ve been here four years and to see all of that work mean something, it’s no feeling like it. We stay together. This is exciting right now, but we’re talking about much more than basketball. We talk about academics and how this is just a push into the real world. Coaches are helping us become better young men. This could be an avenue to take care of our families or it could teach us values like responsibility, being on time and working hard.”

The Zebras faced many hurdles in completing their regular season. Coronavirus cases within the boys and girls basketball programs, and the contact tracing that followed forced the teams to go 36 straight days without playing between December and January.

The boys team returned in time to go 13-1 in 5A-South Conference play and win the league championship. The Zebras then defeated Siloam Springs 51-27 in the first round of the 5A state playoffs.

“That’s another reason why I say it’s deeper than basketball,” Harris said. “All of those experiences this year have taught us adversity, how to persevere. We stuck together. We don’t veer away from each other. We’re always locked and ready. All of those experiences, they could have tainted us, but we didn’t let it. All of those games we had to make up in a span of four to five weeks, they’re not just physically draining, [but] physically and emotionally. We pushed through it. That’s why I’m so excited. Although it’s challenging, I couldn’t ask for a better senior year because of the journey leading up to right now.”

Harris plans to attend college to major in either financial management and investment or business administration.

“The STEM [science, technology, engineering and mathematics] program is intriguing, too, so I’m trying to make some decisions,” he said.

“Adults know that, and I think kids know that,” Crossley said. “We’re in a global pandemic, so it permeates all of society. … It becomes a part of how you have to operate, so kids have embraced that on campus. Adults have embraced that on campus. I think our community has wanted to be safe and gone above and beyond to make sure we keep those precautions in place. All of that being said, it’s a challenge. School is such a personal endeavor. Kids are with kids every day, at lunch, at sporting events or at class or beside each other. They’ve embraced that change.”

Students in the Pine Bluff district are staying engaged in classrooms and through virtual learning, Crossley said. He gave his kudos to the students and their parents for the efforts to keep learning going in a new era.

“It’s what’s been required of us, and they’ve stepped up to the plate immensely,” he said.

Both the Pine Bluff and Dollarway districts are under authority of the state Department of Education because of academic and financial distresses. The state education board in December approved the annexation of Dollarway schools into the Pine Bluff district, effective July 1.

To lead two school districts during a pandemic “has been quite a task,” said Warren, who oversees both districts.

“It would have been a huge task to look at supporting two schools, and when you tie in all the unknowns of dealing with covid, it’s been an adventure every day,” she said. “From last March until now, nothing has stopped. No teaching has stopped. There’s not been a pause button. It’s an ongoing effort to respond to what covid has done. It has slowed down, I can say that. But I walked into the same type of effort we were making.”

As his high school days wind down, Harris leaves undergraduates with some advice about their road ahead.

“I would just tell them to be ready for the fight of your life … whatever that may be, whether you play basketball or not. You’re going to get tested sometimes and you’re not going to even know you’re going to be tested like me. After you come up out of that — what was troubling you, the struggles you went through — after you come up out of that, you’ll say, ‘I learned something from that and I’m better because of that.’ During the season, we stuck together and that makes us stronger for it.” 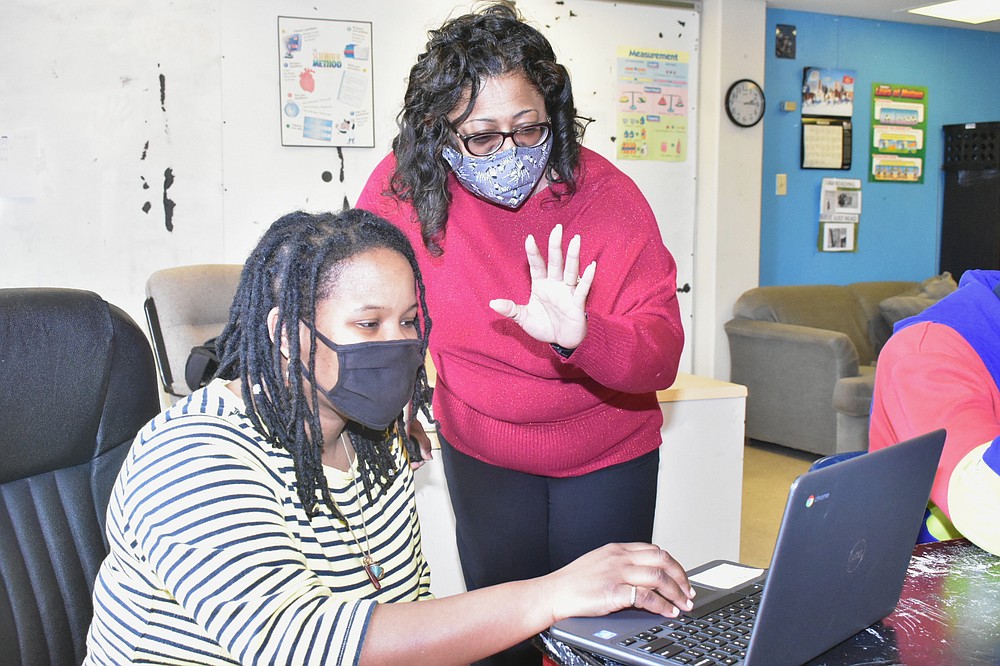 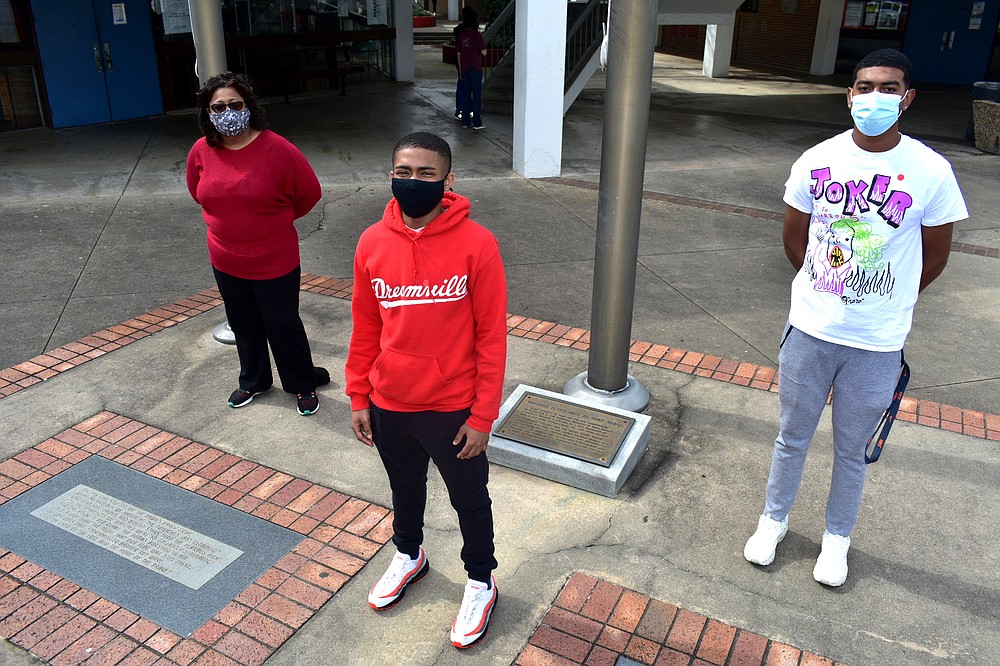 Sun Mar 14 , 2021
Count Ashlea Hyde among the Akron Children’s Hospital employees who got a larger paycheck when the hospital in late 2019 boosted its minimum pay rate to $15 an hour. Hyde currently works part-time as a medical secretary in the hospital’s offices in downtown Warren. And, in about six months, she will […]