This story is part of Elections 2020, CNET’s coverage of the run-up to voting in November.

Mail-in voting this fall won’t lead to “massive electoral fraud and a rigged 2020 Election,” as President Donald Trump has falsely and repeatedly claimed. And the president’s projection that the US will “never have a Republican elected in this country again” if states make it easier to vote is political posturing.

Trump is the main driver behind a “disinformation campaign” about US voting and voters in the 2020 election, an Oct. 1 study from Harvard’s Berkman Klein Center found, after analyzing more than 55,000 online media stories, 5 million tweets and 75,000 posts to public Facebook pages that spurred millions of interactions. “This highly effective disinformation campaign, with potentially profound effects for both participation in and the legitimacy of the 2020 election, was an elite-driven, mass-media led process,” the study authors wrote, noting that Trump has relied on the mainstream Fox News network to help spread disinformation.

Keep track of the coronavirus pandemic.

With the coronavirus claiming over 214,000 lives in the US, the ongoing pandemic has created extraordinary and unprecedented circumstances expected to apply pressure to state and local election resources in an already tense campaign season. Trump is currently being treated for COVID-19 and, despite his disinformation concerning voting by mail, is expected to again cast his vote by mail in the Nov. 3 presidential election.

In practice, “absentee ballot” is used interchangeably with the term “vote by mail” now that at least 35 states have changed their policies to make it easier for anyone to apply to vote without going to the polls in an effort to curb the spread of the coronavirus. Previously, many states only allowed you to get an absentee ballot if you were deployed with the US armed forces, would be out of town on Election Day or if you were ill.

In fact, up to half of voters are expected to cast their ballot by mail this fall to keep from acquiring or spreading COVID-19. We’ll explain why more people are embracing mail-in voting, which has been in use in the US since the Civil War, and why it continues to be a safe and secure way to cast your vote. We also look at how both political parties can benefit from voting by mail.

Here’s what you need to know about mailing in your ballot.

Read more: Not sure if you’re registered to vote or need to? Here’s how

Mail-in voting does not contribute to widespread fraud

There’s no evidence of coordinated vote-by-mail fraud, with fewer than 150 criminal convictions for the crime over the last 20 years. That works out to one case per state every six or seven years.

“The lack of evidence renders [Trump’s] claims unsustainable,” Republican election lawyer Benjamin L. Ginsberg wrote in a Washington Post opinion piece in September. “The truth is that after decades of looking for illegal voting, there’s no proof of widespread fraud.”

Despite spreading false information and causing confusion, Trump voted by mail in his home state of Florida in August. And fellow Republican politicians and Trump’s family members, including his son Donald Trump Jr., have recorded public service announcements encouraging Republicans to vote by mail.

Read more below on how election officials keep mail-in votes safe and secure.

Mail-in voting does not benefit one party over another

Trump has also incorrectly suggested that voting by mail could benefit his rival Democratic candidates. A study this spring from Stanford University found that voting by mail increases turnout rates modestly, but there’s no discernible effect on increasing vote shares for either party.

Another study this summer by the National Academy of Sciences also found that universal vote-by-mail doesn’t affect either party’s share of turnout or vote share. Every state offers some form of mail-in voting. And surveys suggest that Trump’s attacks on mail-in voting could suppress people from voting for candidates in his own Republican party.

Americans are used to getting results on election day, but widespread use of mail-in ballots as a result of the coronavirus may mean a final count gets pushed out several days or even weeks as officials process the votes.

With up to half of all voters casting their ballot by mail this fall, election officials are cautioning it could take days to know the final results of the election.

Election officials need time to validate and count the expected 150 million ballots, said David Becker, executive director of the Center for Election Innovation & Research. “If it takes time, it means the system is working. Accuracy over speed.”

A mail-in vote counts the same as an in-person vote. Here are your voting rights.

Ballots are printed on special fraud-resistant paper to guard against fake reproduction and counterfeiting, and states use a variety of methods to ensure the authenticity of ballots, including signature verification and post-election audits.

Those who voted by mail filled out more of their ballots than those who voted in person, according to one Stanford University study.

Voting by mail can save you from taking time off from school or work to travel to your polling station and stand in line to vote. You can also submit your ballot days and weeks ahead of an election if voting on the day of the election is inconvenient or impossible.

By using a mail-in ballot, voters can avoid in-person voting places, reducing their chance of infection. The coronavirus can be spread through the air, the Centers for Disease Control and Prevention confirmed on Oct. 5.

How to vote by mail

Every state offers some form of mail-in voting, ranging from absentee ballots limited to those unable to vote in person to a 100% mail-in voting system, which has been adopted in five states.

To see how your state handles mail-in voting, we have guides on how to vote by mail in all 50 states and how to register to vote.

For more, here’s when early voting starts in your state, why it’s nearly impossible to pull off mail fraud with absentee ballots and how to make sure your vote counts.

Mon Oct 12 , 2020
When you are switching jobs, you may be looking for more money, a step up the career ladder, a flexible lifestyle, or any job you can find to cover your bills. Even if you are not switching jobs, the upcoming open enrollment for health insurance offers another opportunity to take […] 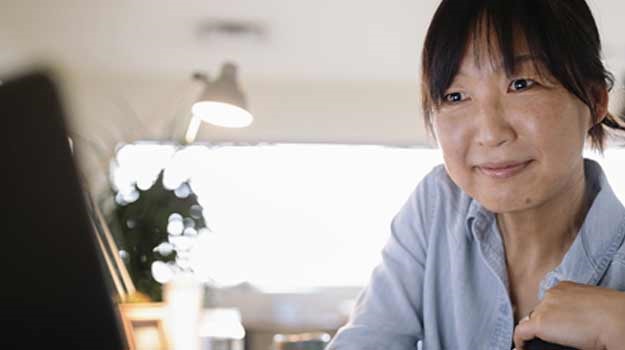