Government watchdog Citizens for Responsibility and Ethics in Washington examined Jared Kushner and Ivanka Trump’s final financial disclosure reports and found that between January 1, 2020, and January 20, 2021, the couple earned between $23,791,645 and $120,676,949 in combined outside income. Now that may sound like a lot to your average peon but know this: The couple clearly struggled just as much last year as you did. While Jared was busy trying to scare off the pandemic with his MBA and Ivanka was spending quarantine taking courses in Greek and Roman mythology and learning to play the guitar, they were no doubt also wiping away tears. For the small country they hoped to buy just for the f–k of it and wouldn’t be able to afford:

Like former President Donald Trump, their income also appears to have been affected by the pandemic. In their financial disclosures covering 2019, they reported between $36,151,214 and $157,020,085 in income…. Ivanka Trump’s interest in and income from the Trump International Hotel in Washington, D.C., also decreased dramatically in 2020. In her combined annual/termination report, she reported $1,463,449 in hotel-related revenue, down from nearly $4 million in her previous disclosure. By the time she left the White House, the value of her stake in the hotel dropped from between $5 and $25 million as reported in her previous disclosures to $100,001 to $250,000.

If you‘re not rich, you probably can’t understand, but it’s a lot harder to go from making between $36 million and $157 million to between $23 million and $120 million than it is to work three minimum-wage jobs. No, it’s not like being among the 20.5 million people who had to file for unemployment in April—the same month Jared said the U.S. was at the start of its “comeback”—and sure, Javanka weren’t going without food like millions of Americans but…they might as well have been! Sure, they were still able to plunk down $30 million for a plot of land on a private island in Florida and rent a condo for what appears to be at least $39,000 a month until their new gazillion-square-foot house is built but just barely! Thankfully, though, things weren’t all bad:

Kushner…reported a newly-formed offshore holding company located in the British Virgin Islands, “Kushner Companies BVI Limited (Holding Company, British Virgin Islands),” which has apparently resulted in a restructuring for some of his holdings. According to his disclosure, the entity was formed in 2020. It appears that several of his holdings are now held through the offshore company, including the Puck Building LP, which is valued at more than $25 million.

Wed Feb 3 , 2021
Publisher and developer Why So Serious? and developer Xemono have delayed point-and-click adventure game Needy Girl Overdose from its previously planned winter 2021 release window to “end of spring 2021” to accommodate various improvements and adjustments. It will be available for PC via Steam with English, Japanese, and Chinese language […] 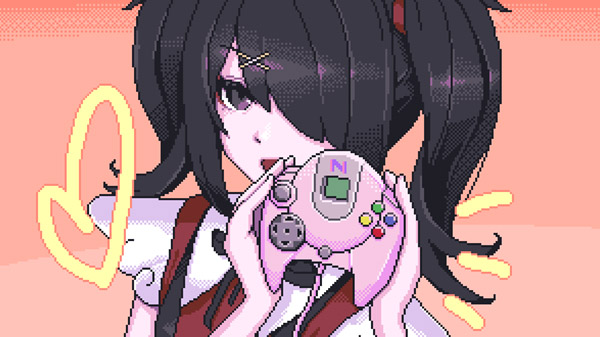