When the Venice Film Festival unveiled its official selection in late July, the unprecedented inclusion of eight female-directed titles within the 18-film roster was heralded as welcome progress for an event that has come under fire in recent years for scarce representation of female filmmakers.

Cate Blanchett was selected to head the jury in January, becoming the third woman in four years to hold the role, following Lucrecia Martel and Annette Bening. The “Mrs. America” star — who headed the 2018 Cannes Film Festival jury, leading a #MeToo protest on the red carpet with the likes of Ava DuVernay and Agnes Varda — is well aware of the watershed year she’s overseeing. “Maybe the main competition should be called ‘New Horizons’ this year,” she quips, referencing the popular festival sidebar.

“It falls upon us as an industry where, as we emerge into this brave new world, we’re not bringing bad and lazy habits with us, like ignoring diverse and interesting voices,” Blanchett says plainly, adding that 13 films in the Official Selection are from new directors who haven’t previously competed for a Golden Lion.

“Audiences just want to see films that inspire and ignite them and reflect their lives back to them in illuminating ways. And it’s wonderful that when they see the credits roll [at Venice] they can go, ‘Oh my God, over 40% of the directors are female.’”

Blanchett, who was speaking to Variety from her home in the U.K., where she’s remained since returning from February’s Berlinale, says the wave of female directors at Venice, which included just two female directors in the 21-title 2019 competition, is “a direct response to the positive advances that have been made this year: not to have lazy thinking and marginalize incredibly talented people, of whom often the majority are women.”

Venice artistic director Alberto Barbera says the inclusion of the eight female directors, among them Norwegian-American “The World to Come” director Mona Fastvold and “Nomadland” helmer Chloe Zhao, was a way to “show that we didn’t have, in the past, any prejudice against women — it’s just a matter of the quality of the films itself.”

The festival in 2018 took the 50/50 for 2020 gender parity pledge, albeit under the complex Biennale umbrella, and is “close to achieving its commitment,” but the executive offered no specifics beyond saying the festival is “absolutely committed” to the movement.

“This year, we were struck by the high quality of the films made by women, so it was a pleasure to invite them,” Barbera adds. There were, in fact, more films from women that Venice wanted to include, he claims, but they weren’t yet ready due to the pandemic.

“I hope it’s a good sign for the future of cinema and the film industry. It’s always been a little bit dominated by males and prejudice against women. I think it’s going to change,” he notes.

As for how the festival can continue these positive strides into 2021, when the film calendar may return to some semblance of normality by fall? “There’s been such an enormous change, and it’s really difficult to try to guess what will [happen] in the next two to three years,” says Barbera, though he admits the “role of the festival will become more and more important” in uniting the industry.

Blanchett reminds that she has “firsthand” experience of how Venice can be a “real gamechanger” for filmmakers and actors, having been part of the 1997 “Elizabeth” premiere. “It’s a really important temperature take — perhaps more than ever. It’s the first gathering, the first re-emergence, for a lot of people, and for all of us as an industry.

“There’s an extra layer of responsibility this year because the opportunities for filmmakers to screen their work in a public platform have been much more limited,” says Blanchett. “So, whatever the deliberations the jury will make will be more impactful. I don’t take that responsibility or privilege lightly.”

This year, around 90% of the festival will unspool in person, says Barbera. Some events will take place online, including panels, market activities and a few press conferences, but “all screenings will take place physically.”

“We’re going to ask juries to attend the official screening of the films with the audience, so they can have immediate feedback about the public reaction,” adds the director. Most theater capacities will also be reduced by 50% to accommodate social distancing. Meanwhile, red carpets will be rolled out, albeit without the crowds.

“But it’s fantastic that [Venice] has safely, albeit in a limited way, still folded in the general public into the screenings because that audience is why filmmakers make film in the first place,” declares Blanchett, who has hoped, since February, that she’d be able to travel to Italy for the fest.

“For me, personally, cinema is an event. While streaming in our living rooms has sustained us in many ways and fed us over the recent months, it’s not an event. And often, diverse and subtle voices really do need a festival context.”

Blanchett also can’t mask her enthusiasm for the prospect of a film festival unburdened by the pressure of awards season, as Venice generally is. “I think it’s wonderful,” she beams.

“When processes like the award season process or the festival process, or the way one creates work or develops a script, get calcified, it becomes a deeply uncreative environment. So if there’s any opportunity in the environment we’re in now, it’s to re-evaluate the way work has been made.”

Thu Aug 27 , 2020
RICHMOND, Va. (AP) — Some say he has sinned but should be forgiven. Others want an investigation. Jerry Falwell Jr.’s resignation as president of Liberty University following revelations of a sexual relationship between his wife and a business partner of the Falwell family has stirred conflicting emotions among those with […] 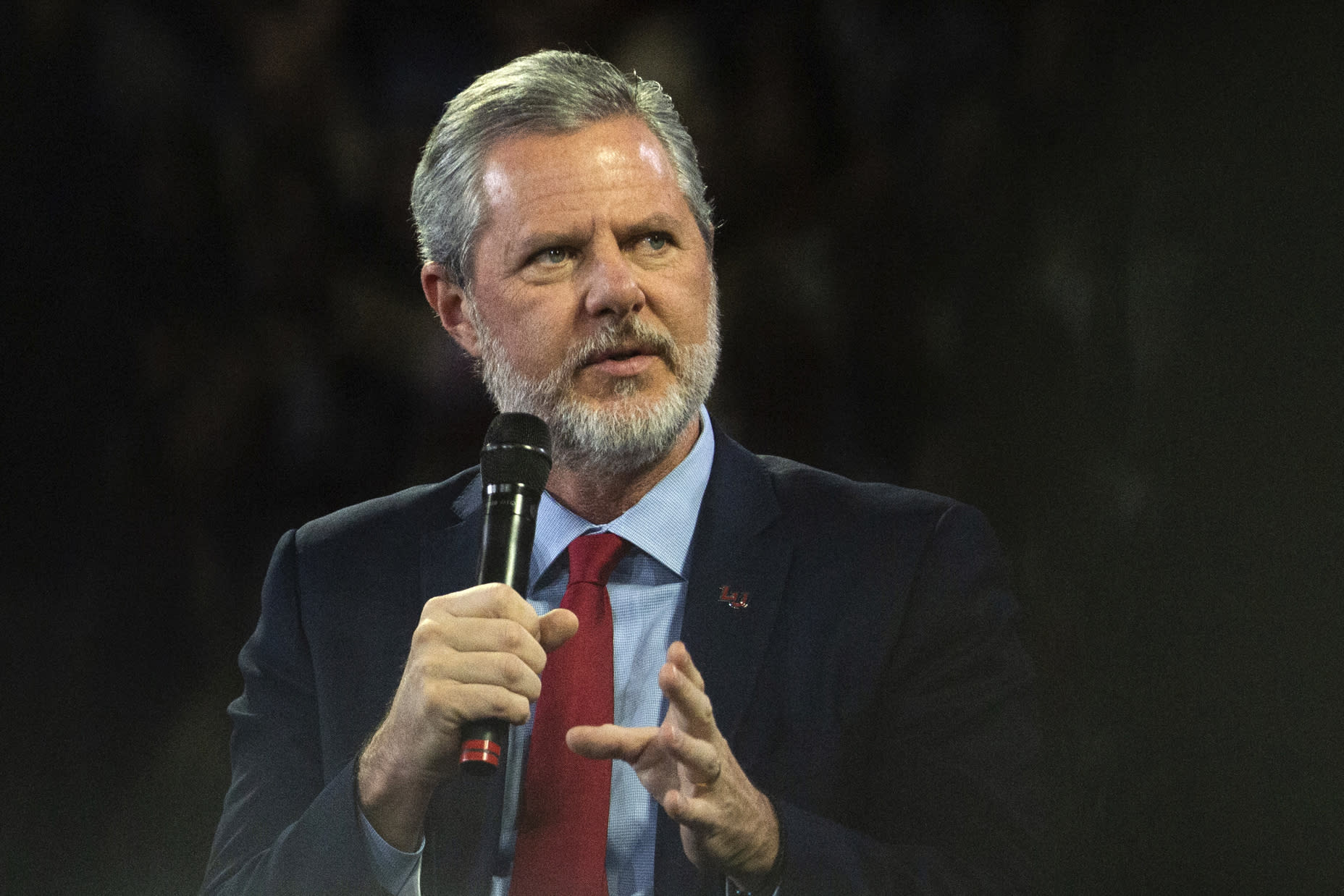