When Francis Davidson was wrapping up his first year of college at McGill University in 2012, the then 19-year-old philosophy and economics major wanted to make some extra cash, so he rented out his apartment for the summer.

By subletting his and his roommates’ three-bedroom downtown Montreal apartment to vacationers on rental sites like Home Away and Airbnb, Davidson was able to bring in over $14,000, while paying around $5,000 in total rent for the apartment for the summer, he tells CNBC Make It.

Then Davidson kept going. He started managing the empty apartments of other students at McGill, and then students in other cities. After three years, he dropped out of college to continue building the business into a global hospitality tech start-up.

Davidson’s company, Sonder, now leases and owns properties with over 5,000 listings in 35 cities around the world. Sonder is currently valued at $1.3 billion after raising a total of more than $550 million from venture capital firms as well as investors like former baseball player Alex Rodriguez and funds backed by Jeff Bezos and Elon Musk.

Now 28, Davidson is Sonder’s co-founder and CEO. Looking back, he tells CNBC Make It that he “had no idea I would want to be an entrepreneur” when he started renting out his college apartment. “I think I caught myself by surprise, as well.”

A one-bedroom apartment in New Orleans that can be rented through Sonder.

Before Sonder, Davidson was just a teenager looking for a cheap place for himself to live for the summer, so he could rent out his three-bedroom apartment while his college roommates were away.

“I messaged a bunch of people that were advertising for sublets … And I said, ‘Listen, if you don’t find anyone,… the day before you leave, let me know and I’ll give you a thousand dollars for the entire summer. And it’s maybe 20% of your rent. But if you want a free thousand dollars, you just give me a call,'” Davidson says.

Most of the people he reached out to with that offer told him to get lost, but he found one taker. “So, basically, I got a two-bedroom apartment right next to McGill for a thousand bucks for the summer,” Davidson says.

Meanwhile, he got to work figuring out the best way to make the most out of his and his roommates’ empty three-bedroom apartment.

“What prompted me to do it the first summer was basically just running math on it,” says Davidson, who literally went on the vacation rental site Home Away (which has since rebranded as Vrbo), and researched how other apartments were being advertised and what they were charging. Airbnb had launched four years earlier, and the popularity of sites like that made Davidson realize that the tourism industry was seeing something of “a shift away from hotels and towards staying in more quirky properties,” he says.

“So, I built a model then to estimate how much revenue my apartment would generate versus how much it cost to operate and pay the rent. And there was a big gap of difference, like a pretty healthy margin.”

Once the bookings started rolling in, Davidson did his best to ensure that guests enjoyed their stays. He’d greet them with a bottle of wine and even valet their cars himself in order to offer some of the luxuries of a hotel stay in addition to the more local, authentic experience that comes with staying in an apartment.

Davidson also figured the part-time business had room to expand, as he knew plenty of other McGill students who weren’t using their apartments during the summer. And his experience proved there was a solid market.

So after booking five-figures in revenue his first summer, Davidson doubled down on the part-time gig the following summer by enlisting a partner in fellow student Lucas Pellan, who helped him sign on other McGill students’ apartments. With the expanded model, they brought in close to $60,000 in revenue that summer (with roughly $23,000 of that amount being used to pay rent on the apartments and the rest being profit that Davidson and Pellan could split with the other students).

“I was doing full-time summer classes, as well, to accelerate my degree,” Davidson adds. “So it was a good gig.”

A year later, Davidson and Pellan pulled in more student apartments in Montreal and 10 other cities. Davidson placed job postings online, looking for “entrepreneurial students” in other cities who were looking to make money by following his model for making money by subletting.

The model was simple enough that Davidson was able to write it all down — from the websites where he listed apartments and the prices he’d charge, to some of the perks he’d try to provide — and pass the instructions along.

“I actually just wrote down in a PDF what I did to make that happen in Montreal, and shared that with a bunch of other entrepreneurial students and then split profits with them, which is how we managed to operate in a bunch of cities with no capital,” Davidson explains. “It was basically just to say, ‘Here’s what I did and let’s split the profits.'”

That summer, the revenue from the side gig reached well into the six-figure range, bringing the total revenue over three summers to more than $1 million.

By that point, Davidson could see that he had more than just “a cute summer business” on his hands. “I was definitely fully committed at that point,” he says.

More than just a side gig

In the fall of 2014, Davidson and Pellan brought their fledgling business, then called Flatbook, to a local tech accelerator in Montreal called FounderFuel.

There, Davidson began to get excited about the prospect of turning his summer side-hustle into a full-blown, global “hospitality brand” that would combine the mobile-booking and diverse accommodation options of other alternative rental start-ups like Airbnb or Home Away with the quality and comfort of a trusted hotel brand, like Hilton, he says.

He’d do that by partnering with real estate developers and landlords to lease blocks of apartments, or even entire buildings, in order to rent out the units for short-term stays via a proprietary app. Every unit would have a full kitchen and living room setup, so the company could offer the comfort of short-term apartment stay with the quality assurance expected from a top-flight hotel chain.

Davidson admits that his overall vision for the company has been “pretty outrageous” even from that early point: “It was like, ‘Hey, we think we can revolutionize hospitality,'” says Davidson, adding that his goal was always “for most people to have experiences that feel really luxurious without having to break the bank.”

That prospect helped Flatbook, which later became Sonder, pick up a seed investment of $6.5 million in February 2015 from a group of venture capital firms led by BDC Venture Capital and Real Ventures (the firm behind FounderFuel).

However, by this time, Davidson had been dedicating so much time to outlining his business plans, that he had barely attended any of his classes over a matter of months.

“I tried to show up at the finals, and failed my most mathematically challenging class, [Honors] Econometrics,” Davidson says of an advanced class he was taking as an honors economics student.

Davidson ended up leaving school with just one semester left. He remembers his mother suggesting he should “probably finish” college at some point, but he was so set on his plans at the time that he was always going to follow his gut.

A three-bedroom penthouse in London that is available to rent through Sonder.

“I don’t, frankly, even remember whether [my parents] tried to convince me not to do it, it was just like not in the decision-making process,” he says.

Davidson and Pellan put their millions of dollars in seed money to use hiring employees to build out the technology platform for Sonder’s online bookings and start the process of leasing real estate to offer rental units. In 2016, they moved the company to San Francisco, looking to get access to a wider pool of tech talent and to be closer to Silicon Valley’s wealth of venture capital money. (That year, Sonder raised another $11.1 million from San Francisco-based VC firm Spark Capital, followed by an additional $32 million from Greylock, another Bay Area firm, in 2017.)

From there, the company grew steadily, reaching a $1 billion valuation by 2019, at which point the company said it was nearing $400 million in annual revenue. However, the 2020 coronavirus pandemic rocked the global economy, and the hospitality industry was especially hit hard, as tourism and business travel plummeted.

Last year was “the hardest year for us,” Davidson says. “It’s been difficult, I think, for a lot of folks, and in particular the hospitality [and] travel industry.”

Indeed, Sonder was forced to lay off or furlough over 400 people, more than one-third of the company’s 1,100-person workforce at the time, in March 2020. (At the time, bookings across the hotel industry were down by 70%, and a report from American Hotel & Lodging Association estimated a 50% drop in overall revenue for the industry in 2020.)

A four-bedroom apartment in Rome that is available to rent through Sonder.

Davidson declined to discuss specific revenue totals for 2020, but he said in December that “the business in terms of revenue is about where it was pre-Covid at this point,” despite the fact that Sonder had added more properties over that time and had expected revenue to continue climbing.

However, Davidson also says that Sonder has been “very fortunate” compared to many rivals, thanks to some strategic decisions the company made in 2020. For instance, Sonder pivoted last March to launch a new marketing campaign offering discounts on properties with extended stays of two weeks or more (previously, the average stay at a Sonder unit was four to five nights) to take advantage of the fact that any remaining travellers were more likely to book longer stays in the pandemic, Davidson says.

Extended-stay hotels fared better in 2020 than the rest of the hotel industry, while sites like Airbnb and Vrbo also outperformed their traditional peers in the industry, with people booking vacation homes to get away during the pandemic.

As a result, extended stays made up roughly 80% of Sonder’s 2020 revenue, Davidson says, and those bookings helped Sonder boast an occupancy rate of around 80% at its thousands of listings around the world. That compared favorably to the rest of the hotel industry, where occupancy rates fell more than 50% in 2020, he says.

Meanwhile, with so much emphasis on social-distancing, Davidson says that Sonder also benefited from the fact that the company offers socially-distant services such as online check-ins and a virtual concierge service.

That relative success allowed Sonder to “rehire some of the folks that were on furlough” later in 2020, Davidson says.

Sonder also scored a win in June 2020, when the company announced its latest fundraising round, with an additional $170 million investment led by Fidelity, WestCap, and Inovia Capital that valued Davidson’s startup at $1.3 billion.

Davidson says that investment round felt like “a huge vote of confidence” amid an extremely tough year and provided a “big uplift to the team.”

Davidson and Sonder are now focused on lining up more and more properties to lease to put the company in a prime position to continue growing its share of the online stay booking market once coronavirus fears and travel restrictions hopefully relax in 2021 and 2022.

“We think that our future is just as promising as it was last year or the year before,” he says.

Don’t miss: The best credit cards for building credit of 2021 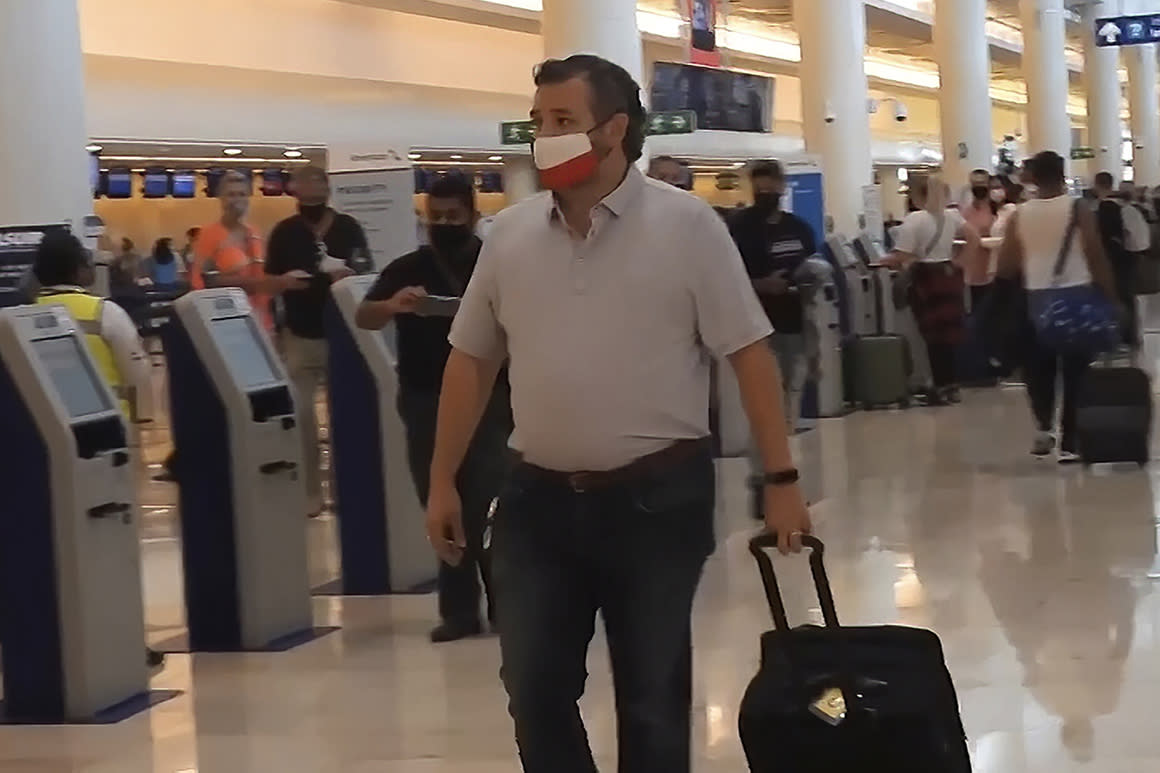