The days leading up to the holiday are traditionally the most popular food shopping days of the year next to the Christmas season.

Shoppers push their way through supermarkets for turkeys and ingredients – bags of potatoes, Stove Top Stuffing, green beans and cranberries. Parking spots are hard to find, cash register lines snake back into the aisles and, on occasion, tempers flair.

And, that’s just during normal times.

This year, under the shadow of a global pandemic, Thanksgiving, from the size of meals to shopping, is expected to look different. Grocery stores are bracing for the onslaught of shopping with a whole new playbook of rules and protocols.

And with social distancing and mask-wearing in play, along with increased sanitation and cleaning practices, grocers are urging shoppers to avoid procrastinating for the holiday.

The guidance comes as the United States is witnessing another peak in COVID-19 cases. On Nov. 12, Pennsylvania reported more than 5,000 positive cases of coronavirus – the highest daily increase on record – with 2,196 patients hospitalized for the disease.

Meanwhile, the Centers for Disease Control is recommending scaled back gatherings and celebrations only with people in single households. If you do plan to celebrate with others, the agency advises taking extra precautions such as wearing masks and keeping your distance.

Despite the warnings, one thing is certain – Thanksgiving is still on the table for many families. Food shopping will still need to be done, whether in-store, curbside pickup or delivery.

Nearly three-quarters of consumers expect to spend the same or more as last year for Thanksgiving items, with more than 80% saying it’s important to celebrate the holiday in spite of the COVID-19 pandemic, according to a survey by NCSolutions, a New York media firm.

One of the best strategies, advises Scott Karns, CEO and president of Karns Foods, is to buy non-perishables such as canned pumpkin, jarred gravy and stuffing mixes now. Karns is also accepting preorders for fresh turkeys. Doing so, Karns said will eliminate the possibility of encountering shortages, especially of key products like baking items.

It’s not out of the question, he said there could be short-term shortages of baking supplies the actual week of Thanksgiving. Almost every year, canned pumpkin is a fast mover, one Karns said disappears off the shelves faster than store associates can stock it.

Experts have warned that shipping delays and certain food shortages could make it harder to find everything needed for the Thanksgiving meal. Items such as spices such garlic, sage, cinnamon, vanilla and pumpkin pie spice have been in high demand as more people are cooking at home this year.

In anticipation of smaller gatherings, Walmart said it has bumped up the assortment of bone-in and boneless turkey breasts by 20-30% at stores. It is also spreading out the shopping season and started turkey sales earlier than usual on Nov. 2.

“We also learned a lot from our customers this past Easter. To avoid crowds, shoppers stocked up earlier than ever. That’s going to continue this holiday season,” said Jacqui Lyons, divisional merchandise manager for Walmart’s seafood and seasonal meat department.

At Weis Markets, spokesman Dennis Curtin said they will introduce a que system around Nov. 18 at the front end of stores with social distancing markers to prevent congestion and lines at the register. The chain is also increasing front-end staff levels so shoppers can get in and out of stores quickly.

Curtin recommends shopping in the mornings and after 7 p.m. in the evenings and late afternoon/early evening on Sundays to avoid the largest crowds.

Other stores like Wegmans are adding new technologies to create a smoother shopping experience. The chain is installing live webcams at some of its busiest stores so shoppers can go online and see how busy the stores are before they go shopping.

Laura Camera, Wegmans spokeswoman, said they haven’t determined yet if the Silver Spring Township store will have the webcam.

Wegmans is also recommending shoppers use a new SCAN App. With the technology, shoppers can scan and bag groceries as they shop and then pay for them at a self-checkout.

Wegmans also said it is following protocols that have been in place since the spring such as dedicated cleaning teams, limited seating in Market Cafes, additional hand sanitizing stations and plexiglass shields at cash registers and service desks.

It will continue to limit the number of guests inside its stores, and managers are encouraged to control the flow of shoppers by closing the store’s doors.

At Target stores, shoppers can go to the website and check the status of lines at stores and secure reservations to shop. The company also said it is also implementing new safety measures such as contactless self-checkout with Target’s Wallet app, doubling the number of Drive Up parking spots, and expanded same-day delivery and pickup offerings.

Other stores such as Carlisle-based Giant is promoting and encouraging shoppers to use its curbside pickup and delivery options through Giant Direct service, said Ashley Flower, spokeswoman.

“And as we have been, our stores and team members are practicing social distancing. Masks remain required for entry and our deep cleaning protocols are in effect,” Flower said.

Also, Giant Company President Nicholas Bertram said curbside pickup and delivery has accelerated this year as a way to serve customers and increase capacity. He said he’s confident Giant will be able to handle customer demand over the holidays.

“It’s the same way we have been preparing for everything. It has been kind of non-stop holidays and snow scares for 2020. It has been an interesting year,” he said.

Fri Nov 13 , 2020
Good morning. As the holiday season approaches, many people are anticipating gatherings that look markedly different from last year. Like thousands of others, my husband and I canceled our plans to visit a neighboring state for Thanksgiving. It was an easy decision to make, given the nationwide surge in cases, […] 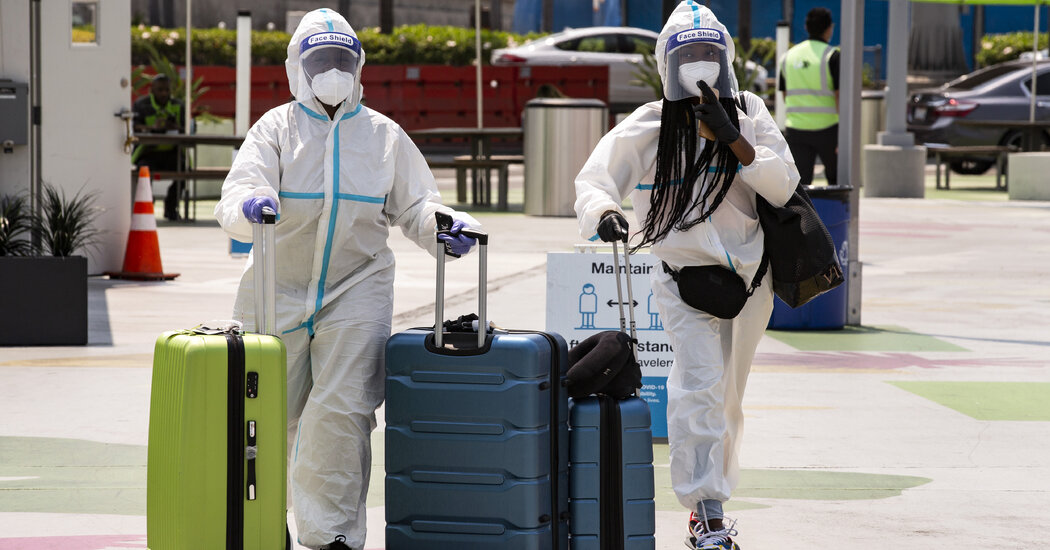