And in House District 108, which covers parts of Miami-Dade County that include Biscayne Park, Miami Shores and part of downtown Miami, incumbent Dotie Joseph is looking to fend off two challengers — including the former state representative she defeated in the 2018 primary.

The novel coronavirus has forced the candidates to find non-traditional ways to reach voters in the predominantly Black districts, both of which lean heavily Democratic. Some candidates are using technology to host virtual events. Others are placing door hangers and fliers outside of voters’ houses — but staying socially distant — and one candidate is using a sound truck to blast his name and campaign message through his district’s streets.

Christopher Benjamin, a lawyer, and Ulysses “Buck” Harvard, a former Miami Gardens councilman, are battling for Watson’s seat in District 107. Both candidates say the commitment to serving the communities they grew up in is a significant part of what prompted them to enter the race.

“I want to make a difference and change,” Harvard, 63, said. “My passion that I have for the residents, talking with them as well, made me run for the District 107 seat.”

Harvard was appointed by former Miami Gardens Mayor Shirley Gibson to serve on the council in 2005 to replace Audrey King, who passed away during her term. Harvard said he finished out King’s term, serving for about one year.

Benjamin, 47, who earned his bachelor’s degree in political science and public administration from Florida Memorial University, has known since he was an undergraduate that he wanted to be a legislator. After graduating from FMU, Benjamin earned a law degree from St. Thomas University School of Law and opened a general practice law firm, where he still practices today.

Benjamin said it was Watson who brought up the term limits on her District 107 seat, which she has held since 2012.

“I was approached by the incumbent and reminded that she was term limited, and that that was an available opportunity to continue to serve the people,” Benjamin said. “This actually was an opportunity that I have looked for ever since undergrad.”

The coronavirus pandemic and the civil unrest following the death of George Floyd, an unarmed Black man killed by Minneapolis police on May 25, have expanded Benjamin’s campaign priorities.

“We’ve expanded what we’re looking at because of COVID and because of racial tensions, we have expanded somewhat on our basic platform,” Benjamin said.

In addition to prioritizing expanding Medicaid coverage in Florida, now Benjamin’s campaign also focuses on alleviating racial tensions in the state and district and providing additional aid to small businesses to help them stay afloat.

Harvard’s priorities, meanwhile, were shaped by being a lifelong Floridian, he said. His focus includes providing living wages with benefits for his community, ensuring quality education for all students and redefining the relationship between law enforcement and members of the community.

He said his experiences as a Floridian would help him to effectively serve the community.

“I know the people. They know me…I’ve been here all of my life, for the last 63 years, and about 35 or more of those have been doing things out in the community, hands on,” he said.

Christopher Norwood, a Democratic political consultant and spokesman for the Democratic Black Caucus of Florida, noted that Benjamin has been appointed to serve on the board of various nonprofits and professional associations in the county, such as the Miami-Dade Branch of the NAACP and the Wilkie D. Ferguson, Jr. Bar Association, also known as the Black Lawyers Association.

Norwood said he respects both candidates, but Benjamin’s prior experience doing legal work in the community may give him an edge. Benjamin has worked with several Miami-Dade County committees, including the Parks and Recreation Citizens Advisory Committee, the Small Business Enterprise Advisory Committee and the Public Schools Attendance and Boundary Advisory Committee.

“It’s very rare in Miami-Dade County that you have African American lawyers that are deeply engaged in community work,” Norwood, who went to law school with Benjamin, said. “There are some that are so community orientated that they just shine, and I think Christopher Benjamin is one of those.”

Less than three weeks from the election, Benjamin leads Harvard in fundraising, with $31,000 in monetary donations to Harvard’s $11,000 according to July 30 data from the Florida Department of State Division of Elections.

In District 108, incumbent Joseph will face her predecessor in the job, Roy Hardemon, who held the seat for one term until Joseph defeated him in the 2018 primary, and Georges Bossous Jr., a psychotherapist.

Joseph, 40, who says she grew up in and around District 108, filed for the 2020 primary in December 2018, just one month after being elected to serve her first term. She says she is seeking reelection to continue focusing on criminal justice reform, securing affordable housing for the community, protecting the environment and ensuring access to quality education for students in the district.

Joseph said campaigning for reelection has come second to working to support her constituents during the pandemic.

“My efforts would be better spent towards doing those things, but the reality is I am up for reelection, so I have to take time to campaign,” she said.

Joseph said she has worked to help create the first walk-up COVID-19 testing site in Miami-Dade, partnered with other local officials and organizations to help provide meals for families and has assisted in handling unemployment compensation claims from residents.

The August primary will be the second time Joseph and Hardemon face off.

In 2018, Joseph won 49% of the vote to unseat Hardemon, who received 36% of the vote. In the days leading up to the primary, Hardemon accused Democratic leaders in Miami-Dade of racism, saying his party doesn’t like Black people — “especially black men” — and that they recruited Joseph to boot him from office. Hardemon’s criminal record, with 19 arrests since 1987, also surfaced and became a campaign issue before the primary.

This time around, Hardemon, 57, says he is running to finish the work he started as a representative in 2016, including a focus on the economy, education and health and human services.

“I’m not a politician, and I never was, and I’m not going to be,” Hardemon said. “I’m just a humble person that’s saying, listen, we started change, and I would like to wrap it up.”

Bossous, 46, a political neophyte who was born in Haiti, moved to Miami from New York in 1999 and is pursuing a doctorate in public health from Walden University. Bossous said he decided to run for office because he felt it was the most direct way of addressing inequality in healthcare, housing and education, among other areas.

“There’s a sense of responsibility,” Bossous said. “If you want to bring about change in your community, you can’t stay aside and complain. You need to step in.”

If elected, Bossous said he will try to “break the cycle” of division, injustice and poverty.

Joseph has a huge financial advantage over her competitors, raising $137,000 to their combined $12,000. But having an incumbent and a former incumbent competing for the same seat may make the race a bit more unpredictable, Norwood, the political consultant, said. And Hardemon may benefit from the District 3 Miami-Dade County Commission campaign being run by his nephew, Miami City Commissioner Keon Hardemon, since the two districts overlap.

“In an election where COVID is going to play a role, the logic would say that this benefits incumbents,” Norwood said. “But they’ve both been in the position.”

With the number of coronavirus cases in Miami-Dade County continuing to surge, the five Democratic candidates vying for the two seats have continued to campaign, but instead of doling out handshakes, they are donning face masks.

Benjamin is using technology to connect with voters through phone banking and digital communication, and Harvard continues to go to neighborhoods and place door hangers outside potential voters’ houses.

Joseph is relying on mail and online platforms to connect with voters, while Hardemon drives around the district’s streets with a sound truck that he uses for “blasting the neighborhood with the message that I’m running.” And for Bossous, part of campaigning for him has meant virtual meetings and passing out fliers in the community.

The primary is Aug. 18, though mail voting has already begun.

Tue Aug 4 , 2020
Heather Stone and her fiancé had originally planned an October wedding in wine country full of friends and family from New York. When the pandemic descended, little about that idea sounded feasible. Some of Stone’s New York family members worked on the front lines of the coronavirus response. Some didn’t […] 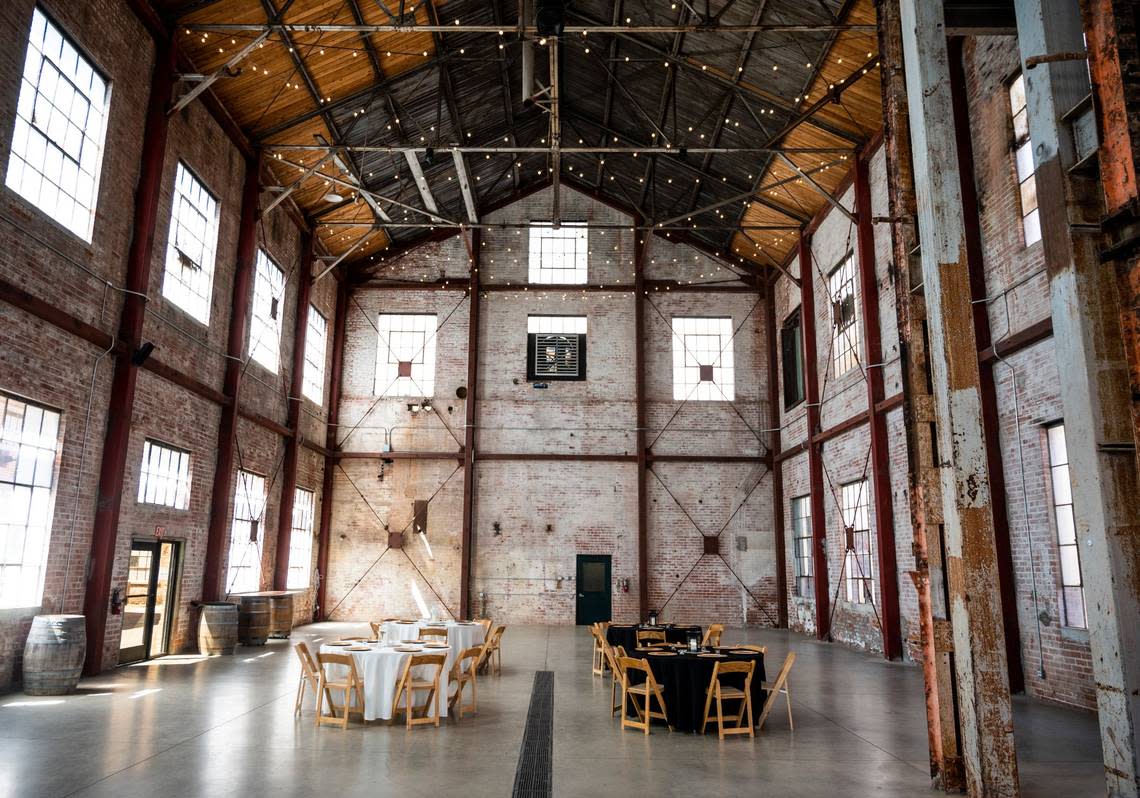