TWINSBURG — A 12-year-old Twinsburg boy is working to turn a personal tragedy into a mission to help others.

Alex Salzinger recently started making homemade dog treats and selling them to raise money for the Colorectal Cancer Alliance. Alex is doing this in memory of his father Michael, who died in July 2020 from complications due to colon cancer at age 48.

Aura’s Treats, the name of the fledgling dog treat operation, are being carried by Master Crafter DIY, 9700 Ravenna Road in Twinsburg.

“We sold 25 packets of dog treats at Master Crafters live show last week,” said Laura Fox, Alex’s mother, on March 29. “We just started and were so touched by the response. The treats are homemade organic with a lot of love and peanut butter. Alex hopes that by raising money and creating awareness that someone else’s parent will be saved from colon cancer. His father was his best friend and no one should lose their best friend.”

The treats are named for their 3-year-old dog, who they adopted shortly after her husband died, Fox said, adding that their new, four-footed family member has “helped them to heal through their grief.”

Alex, who goes to Dodge Intermediate School, agreed that Aura has helped them.

“When I’m having some bad days, she always cheers me up when I play with her,” Alex said. “She does some funny things, too. Once I saw her jump all the way down the stairs. It was like she was flying.”

“When we gave her some, her eyes just lit up,” Alex said.

Initially, Alex said that he had sold T-shirts in order to raise funds to benefit the Colorectal Cancer Alliance, but when sales started to taper off, he decided to try his hand at making the dog treats.

“We found this recipe online, and we changed it, made it ours,” Alex said. “We molded it into our own recipe. We used the items we had on hand. Our neighbors told us about Master Crafters. We got in touch with the place, and they agreed to carry them.”

Alex said that running a business was a learning experience. After the live show feature with Master Crafter DIY, he and his mother had a lot of baking to do.

“I learned I cannot make more than 25 dog treats a day,” Alex said. “We stayed up until 10:30, and that’s really late for our family. We baked for 3 or 4 hours. There was so much baking. It was tough, but I’m glad we persevered through it.”

Fox added that she has since purchased more molds for the treats, which should make the process smoother.

However, Alex said he enjoyed the time he was spending with his family on this and other projects.

“It’s brought a lot of my family together too, in a very good way,” he said. “I’m doing more things with mom. We’ve been doing more art projects and stuff, having a really good time with trying new things. I’m proud of my family for really persevering, and making sure this business is a success. I hope colon cancer gets solved. I hope people get tested. If dad had gotten tested earlier, it could have saved his life.”

Alex said he had many fond memories of his father.

“He was like the main guy I liked to play sports with,” he said. “He would toss a baseball with me, we’d play basketball. He was always telling me about life, usually when we were driving to the Twinsburg Recreation Center, about problems we might face, and how he persevered through life. We watched basketball and football. It was fun, the time we had together.”

For details, visit Aura’s Dog Treats on Facebook. In addition, the family has another Facebook page, Michael’s Friends Care Fundraiser for Colorectal Cancer Alliance, for donations.

Reporter April Helms can be reached at [email protected]

45 Elephant Jokes That Are a Ton of Laughs

Sun Apr 4 , 2021
Want to get a laugh or two from your friends and family the next time you talk to them? Or do you need a cute icebreaker idea to use on a first date? Instead of sharing silly fish puns or telling barnyard-themed cow jokes, duck jokes, or pig jokes, go […] 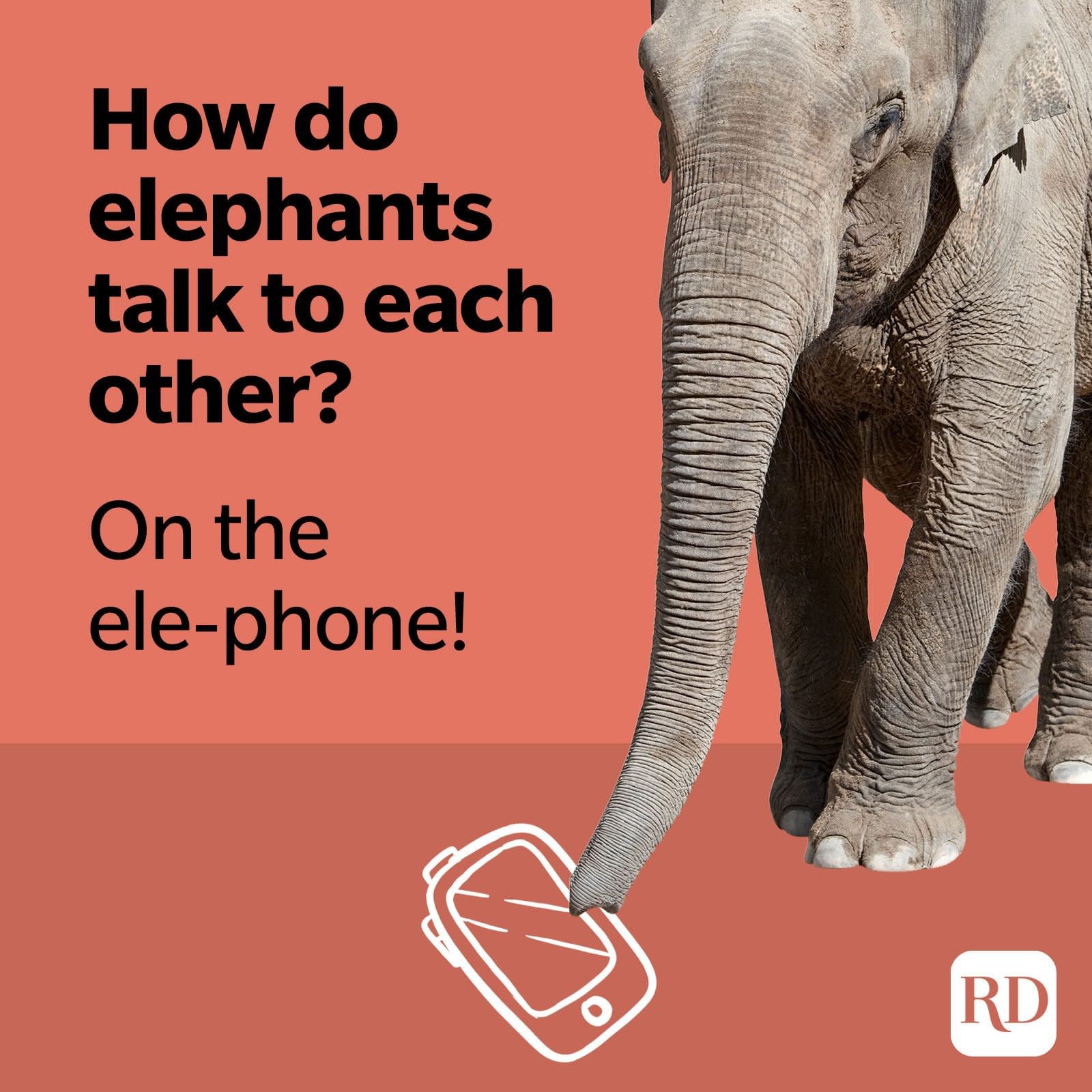