As West wildfires rage, Colorado gets blanketed with snow

As wildfires rip across the state of California amid a triple-digit heat wave, parts of Colorado are expected to receive 3 to 6 inches of snow by Wednesday morning. In California, Gov. Gavin Newsom says the state’s wildfire count is far beyond the number last year. And smoke from about 40 wildfires across California has thrown a shroud over Southern California – reaching as far as New Mexico. In some areas, it could be days before residents get to see blue skies again. In Colorado, a major winter storm and frigid temperatures brought summer to a screeching halt. The heavy snow could help dampen the Cameron Peak Fire, a major blaze in northern Colorado that more than quadrupled in size over the hot Labor Day weekend. But despite the snow, “the fire will still be going,” said Paul Bruggink, a spokesman for the team fighting the blaze. “We need a series of these to put this thing out,” he added.

On the campaign trail: Biden expected to make appearance in Michigan

Democratic presidential nominee Joe Biden on Wednesday is headed to Warren, Michigan, home to the auto industry that the Obama administration helped rescue after the recession. Ahead of Biden’s visit, the United Auto Workers released a video giving him praise for helping with the government rescue of General Motors and Chrysler in 2009 and legislation that included a provision that helped move jobs back to Flint from Mexico. Biden’s remarks at the campaign stop are expected to focus on manufacturing and other jobs in Michigan. A live stream of the event will be available on www.joebiden.com. Wednesday’s visit comes a day before President Donald Trump is scheduled to speak at an airplane hangar in Freeland, Michigan. Biden is currently leading Trump in Michigan polls by an average of 6.5 percentage points.

Privately-owned casinos in New York will be able to reopen Wednesday, following a lengthy COVID-19 shutdown. The casinos will be required to set their maximum capacity at 25%, and those who enter the facilities will be required to wear masks. Some slot machines will be closed to ensure social distancing. The state has not yet approved table games, but casinos will be able to seek approval if they install physical barriers between guests. According to Gov. Andrew Cuomo, they will also need to ensure their air filtration systems meet certain requirements set by the state, similar to the requirements set for indoor shopping malls.

Serena Williams will continue her quest for a record-tying 24th major singles title when she takes on unseeded Tsvetana Pironkova for a berth in the U.S. Open semifinals Wednesday in New York City. Williams missed more than a year of competition when she had a daughter in 2017, and has since been seeking that elusive 24th title. Pironkova, who hails from Bulgaria, is playing in her first tournament since she took a break of more than three years to have a son. Williams endured a tough fourth-round match Monday, needing three sets before beating 15th-seeded Maria Sakkari of Greece 6-3, 6-7 (6), 6-3, to get to the quarterfinals in a 12th consecutive appearance at Flushing Meadows. Williams, who turns 39 in less than three weeks, has won six of her 23 titles at the U.S. Open.

Billie Eilish’s ukulele, other cool items up for grabs at MusiCares auction

The Recording Academy charity MusiCares on Wednesday will auction off instruments, costumes and other items donated by big-name musicians to raise funds for performers in need. The items – everything from a guitar signed by Taylor Swift to clothing worn on stage by Ozzy Osbourne – will be auctioned in person in Beverly Hills, California, and online through Julien’s Auctions. Other famous faces who’ve contributed to the auction include Barbra Streisand, the Bee Gees, Billie Eilish, Blake Shelton, Cher, Elton John, Eric Clapton and Snoop Dogg.

This article originally appeared on USA TODAY: Wildfires in the West, Biden in Michigan: 5 things to know Wednesday

Wed Sep 9 , 2020
center parcs treehouse A holiday park sceptic reveals what happened during a week’s stay in Center Parcs’ new adult-friendly luxury treehouses As a child, staycations are full of excitement, wonder and adventure. Camping trips with friends, days at the beach with grandparents and hiking in the fells with the family […] 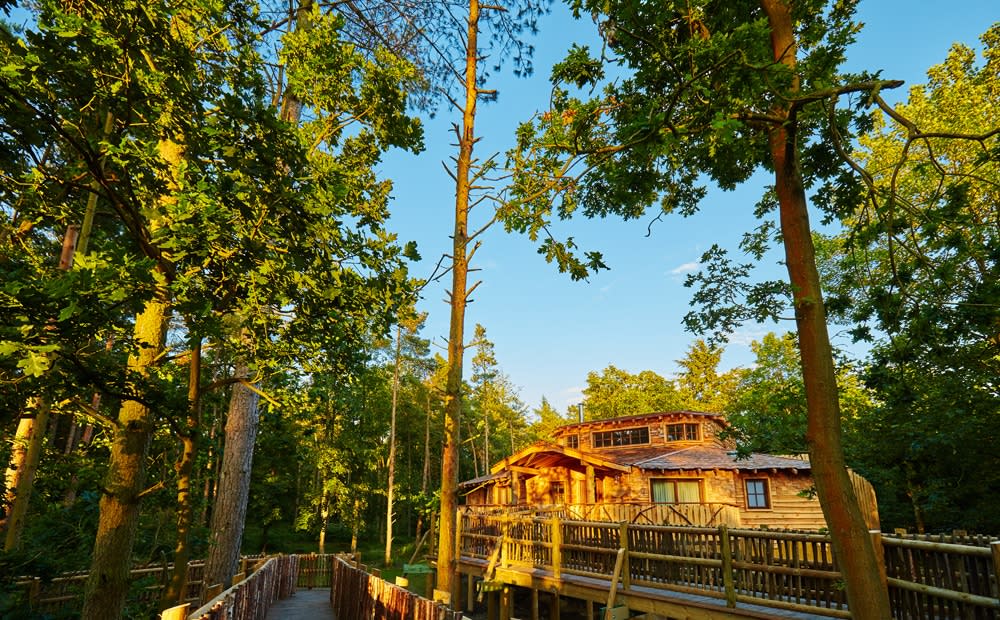