More than 55 million Americans have filed for unemployment since the beginning of the coronavirus pandemic, and even though the number of people filing has been decreasing since it peaked in April, people are still losing their jobs.

If you’re out of work, you might be considering a career change. There are a number of nontraditional jobs you might not even know about because they are so new — many of which you can do from home.

These jobs have cropped up over the past decade thanks to the founding of now-popular companies that didn’t even exist 10 years ago, like Bird scooters (founded in 2017), Instagram (launched in 2010) and Lyft (launched in 2012). See the new roles companies are hiring for.

Virtual assistants perform the typical duties and services of an assistant, except instead of going into the office every day, they complete their tasks from home or another remote location.

Bird scooters started popping up in Santa Monica, California, in late 2017, and since then the company has expanded around the world. More companies have also gotten into the electric scooter game, including Lime and Spin. With the rise in popularity of e-scooters came the need for people to charge them. These individuals scoop up as many scooters as they can fit in their car or van, plug them in to charge them up and redistribute them.

Delivering goods is nothing new, but with a smattering of apps now allowing people to get anything delivered at any time, there’s enough delivery work available to turn this into a full-time gig.

Social media content moderators monitor posts and uploads on a social media platform and decide whether or not they require a response. They may engage with the community, investigate issues, provide customer support or respond to inquiries.

This job didn’t exist before social media, which is still relatively new. Facebook was founded in 2004, but wasn’t open to a wider audience until 2006. YouTube launched in 2005, Twitter debuted in 2007, Instagram launched in 2010 and TikTok came to the U.S. as Musical.ly in 2014.

In 2012, Colorado and Washington became the first states to legalize marijuana for recreational purposes; since then nine other states and Washington, D.C. have also legalized it, Vox reported. With the rise of legalized marijuana came the rise of dispensaries, creating the “budtender” job. These dispensary employees help customers and patients select cannabis products that fit their needs.

Bloggers can create online content around any topic they choose, from fashion to finance. Although most blogs don’t achieve high levels of financial success, some bloggers — like Michelle of Making Sense of Cents and Alex and Lauren from Create and Go — make upwards of $100,000 per month, according to Let’s Reach Success. Bloggers can earn income from different revenue streams, including affiliate marketing, ads and sponsored posts.

Find Out: 30 Ways Offices Are Changing as Companies Plan To Reopen

Professional gamers make their living by live-streaming themselves playing video games for viewers. One of the most popular platforms for game streaming is Twitch, which was founded in 2011 and now has over 3 million monthly streamers, CNBC reported.

For popular gamers, this gig is incredibly lucrative — Forbes reported that the top 10 gamers of 2019 collectively raked in more than $120 million for the year. Some of the top-earning gamers include Tyler “Ninja” Blevins, Felix “PewDiePie” Kjellberg and Preston Arsement.

Although CrossFit was founded in 2000, it did not become the worldwide phenomenon that it now is until the 2010s. There are now 15,000 CrossFit affiliated gyms around the globe.

Influencers use social media as a platform to promote a product or brand to their followers. The more followers and engagement an influencer has, the more money they can make, with some earning six figures for a single post. Some of the highest-paid influencers include Lele Pons, Charli D’Amelio and Zach King, according to Hopper.

SEO specialists are marketing professionals who use research and analysis to boost a website’s ranking on search engines like Google. These specialists find the most popular and relevant keywords used in search engine queries and place them on websites, which helps search engines find those sites and display them to web users.

Be Aware: Don’t Waste Your Money on These 26 College Degrees

Social media managers help brands get more exposure through social media platforms. They create editorial calendars and come up with marketing strategies to help a brand reach its goals.

There are now 2,800 escape rooms worldwide, but the idea dates back to 2010 when Attila Gyurkovics opened the first one in Budapest, Hungary, Bro Bible reported.

3D printing actually dates back to the 1980s but it did not become popular until 2009, according to Sculpteo. This technology is now used in a number of different industries including medicine and construction.

Data scientists collect, analyze and interpret large data sets, and use this information to develop solutions to a business’ challenges.

Podcasting technology has existed since 2004, but Serial can perhaps be credited for making it into the phenomenon that it is today. The wildly popular, often emulated show debuted in 2014.

Podcast producers oversee the production of a podcast. Responsibilities can include sound engineering, story development, editing, conducting interviews and fact-checking.

An educational technologist provides support and helps with the development, implementation and analysis of new learning technologies, including computer hardware and software, e-Learning courses and projects, instructional videos and Learning Management Systems.

Autonomous driving engineers create and test the control systems and sensors placed within a self-driving vehicle. The job typically requires a bachelor’s degree and several years of experience, preferably in a field like mechanical engineering or programming.

There are a number of companies currently developing autonomous vehicles, including Waymo, General Motors and Tesla.

Check Out: Best and Worst Cities To Score Your Dream Job

These engineers work as part of a team to design, develop and test clean vehicles.

These engineers research and develop ways to provide clean energy sources and green solutions for the world’s energy needs. Duties can include designing machines and systems to capture and distribute energy from wind, solar and geothermal resources.

In 2019, millennials became the largest living generation so businesses need to know how to get millennials as a part of their workforce and how to capture their spending dollars. That’s where millennial experts come in — yes, this is actually a real job. These experts consult with companies to help them appeal to millennials, either as prospective employees or prospective customers.

Read: 10 Essential Jobs Across America With Big Paychecks for Employees

Employment brand managers work to cultivate and share insights into a company’s job-seeking process and make the process seem appealing to prospective job applicants. This role arose as sites like Glassdoor — which was founded in 2007 — made the job application process more transparent.

Mobile developers translate code into user-friendly applications. They contribute to the design, testing, releasing and support of apps.

When Apple introduced the App Store in 2008, it provided a platform for mobile app developers to share their applications with the world.

Bitcoin is the first cryptocurrency to go mainstream, and it was introduced in 2009. Traders can buy and sell cryptocurrencies — including Bitcoin and Ripple — on cryptocurrency exchanges, much in the way that stocks are bought and sold.

Cloud architects design cloud computing systems based on a company’s needs and oversee the systems to ensure that they run properly, troubleshooting when needed.

The idea of artificial intelligence dates back to the 1950s but it wasn’t until recent years that AI has become ubiquitous. We can now mine large amounts of data that’s too much for a human to process, so a number of industries — including banking, marketing and entertainment — rely on AI to pull out relevant insights. These companies depend on engineers to create the right kind of AI technology that harnesses these capabilities in a way that meets their needs.

Telemedicine physicians provide medical care services to clients over the phone or online using video or chat software. Telemedicine dates back to the 1950s, but modern technology and applications like Facebook and Skype have made it more mainstream.

YouTubers earn money through Google’s AdSense, sponsorships and brand partnerships. As with other influencers, the amount you can make as a YouTuber depends on your followers and engagement. The richest YouTube stars make millions of dollars a year. Kid YouTuber Ryan Kaji was the top-earning star on the video-sharing platform in 2019 with $26 million in earnings, Forbes reported.

Methodology: GOBankingRates referenced Insider, Digital Marketing Institute, Glassdoor and prior GOBankingRates articles on jobs that have been created or grown from obscure positions to industry necessities in the past 10 years for inspiration and created a list of 30 jobs that didn’t exist 10 years ago as they are today. For each job, GOBankingRates provided a short description and the average annual salary for the position. All salary estimates were sourced from Glassdoor or ZipRecruiter and job descriptions were sourced from Glassdoor, ZipRecruiter and industry publications. All information was collected on and up to date as of Sept. 8, 2020.

This article originally appeared on GOBankingRates.com: 30 Amazing Jobs That Didn’t Exist a Decade Ago

Fri Sep 18 , 2020
TipRanks 3 Artificial intelligence Stocks to Consider as the Trend Heats Up Working the stock market is a data game. Getting the best information, in a timely way, and knowing how to use it, are keys to success. So, here are some numbers to think about. According to industry market […] 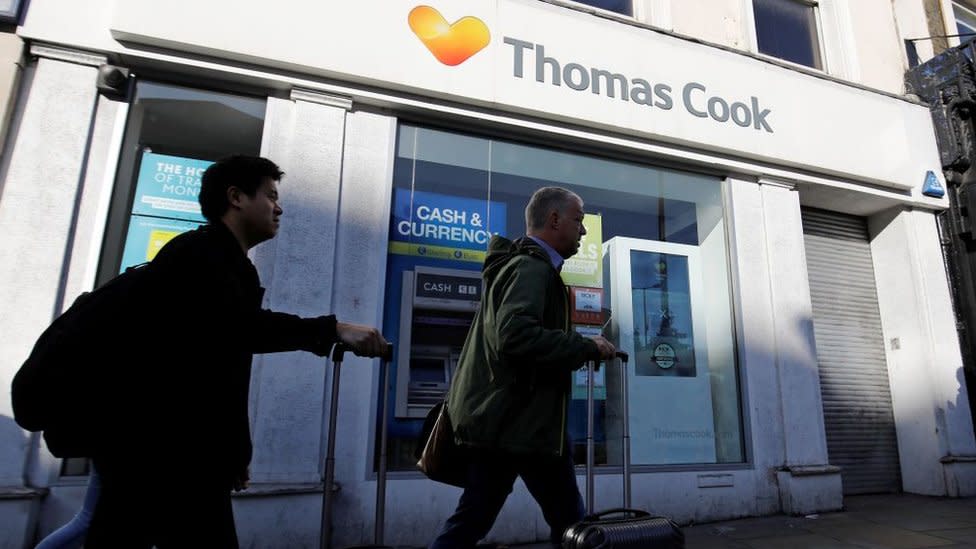