WOODSTOCK, GA — The City of Woodstock has announced that two upcoming events in the Woodstock Summer Concert Series must be postponed until the 2021 season due to the COVID-19 pandemic. City council and parks and recreation staff feel the cancellations are warranted due to the difficulty in ensuring adequate social distancing at the Northside Hospital Cherokee Amphitheater.

The Ultimate Queen Celebration starring Marc Martel on July 31 and the Steep Canyon Rangers concert on Aug. 8 will both be postponed until the 2021 season. The Woodstock Summer Concert Series is a free event and no tickets are required to enter the amphitheater, which is part of a public park, The Park at City Center, in downtown Woodstock.

“We looked at making these concerts ticketed events in order to limit attendance in response to the pandemic which would require barricading the park and the amphitheater and increasing staff at entrances,” said Woodstock Parks and Recreation Director Michael Huffstetler, “We also explored dividing the green space into grids to encourage social distancing. Even with these safeguards, we did not feel that we could guarantee social distancing at these events.”

The city council has been evaluating and discussing this decision since the state of emergency began in March.

“We do not take this decision lightly,” Woodstock Mayor Donnie Henriques said. “City leaders regret disappointing our citizens who look forward to these events every year. Like many other decisions we are making in regard to pandemic response, we are faced with finding a balance between protecting the public and our staff while maintaining quality of life in Woodstock.”

As of now the Sept. 12 Black Jacket Symphony concert and the Oct. 30 Rumours concert are still scheduled to take place.

On Sept. 12, The Black Jacket Symphony will recreate the classic album “Hotel California” live in its entirety – note for note, sound for sound – plus a full set of hits from The Eagles. Over the past decade, The Black Jacket Symphony has performed over 35 classic rock albums. The group of hand-picked musicians changes based on the album being performed and no sonic detail is overlooked.

On Oct. 30, Rumours will take Woodstock by storm with their authentic recreation of a live Fleetwood Mac show. Rumours will make you believe in miracles and the way of magic once again.

Details for the fifth concert in the series will be announced when they are available.

There are a few updates to concert series rules this year. No plastic sheets, blankets, towels, or tarps will be allowed. All tables are prohibited this year. Chairs will not be allowed in the park until after 6 a.m. on the day before the concert.

The Woodstock Summer Concert Series is a free event presented by City of Woodstock, Carriage Kia Woodstock, and Woodstock Parks and Recreation. Opening acts begin at 7:30 p.m. and headliners take the stage at 8:30 p.m. The event is rain or shine.

There are food and beverage vendors on site and dozens of restaurants within steps of the amphitheater, but attendees may bring small coolers of food and drinks. There is a children’s area near the gazebo in the upper level of the park with face painting, balloon animals, and inflatables.
Public parking is available at Chattahoochee Technical College, at City Center, and in smaller public parking lots and on-street parking in Downtown Woodstock. Free shuttles run before and after each concert beginning at 5 p.m. and ending at 11:45 p.m. from three locations: Northside Cherokee/Towne Lake, Woodstock City Church, and Little River Elementary School.

This article originally appeared on the Woodstock-Towne Lake Patch

2 people were caught on camera vandalizing a Black Lives Matter mural in California, calling it 'a leftist lie' 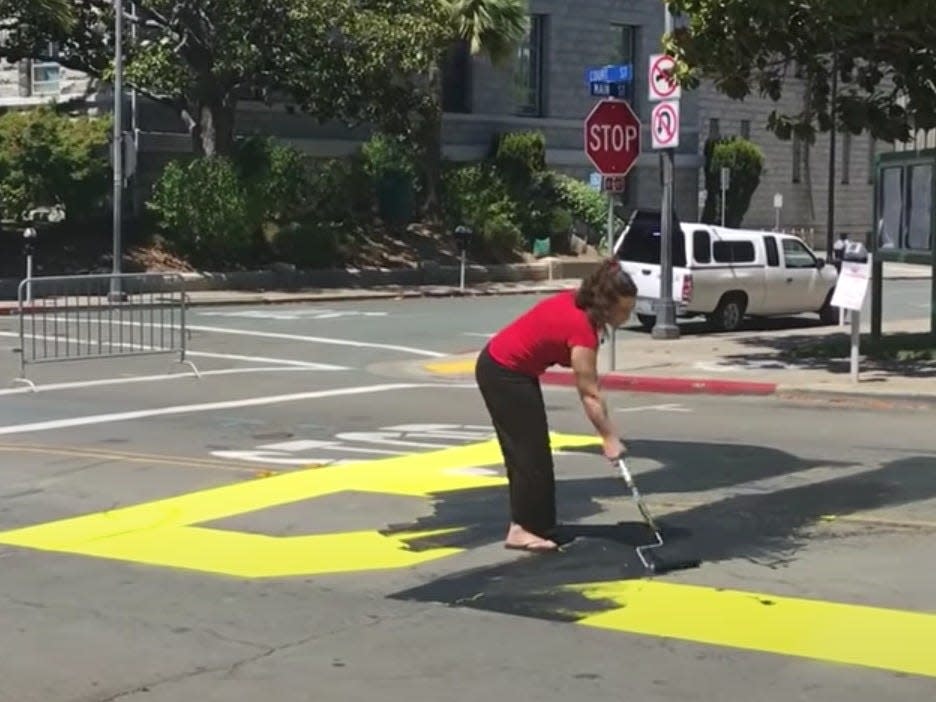