It took weeks of record COVID-19 infections and pleas from experts for Prime Minister Yoshihide Suga’s government to finally suspend its controversial Go To Travel campaign, which encouraged domestic travel in an effort to support the economy. Then, just hours after the announcement on Monday, Suga was spotted attending a year-end steak dinner party with celebrities and political bosses in the ritzy Ginza district of Tokyo.

These mixed messages from the prime minister, who took over in September following the resignation of Shinzo Abe, drew public anger. But there’s also evidence that they’re taking hold in the wider public—resulting in increasing complacency and confusion among a population that had been credited with helping to make Japan a COVID-19 success story.

“Social distancing is not a new concept for Japan,” says Akihiko Kubo, Japan representative director for Tag, a UK-based marketing service company. “The truth is that Japanese have been keeping social distancing for over 2,000 years. People hardly shake hands, hug or speak loudly. People seldom talk in packed Tokyo subways.

Read more: IOC President Thomas Bach on Why the Tokyo Games Will Go Ahead

“If you think Japan has achieved marginal success in controlling COVID-19, it is less to do with what the government is doing, and more to do with how people behave, respect and care with each other.”

Over a month into Japan’s third wave of the coronavirus pandemic, things are looking grimmer than ever. The Tokyo Metropolitan Government raised its healthcare alert to the highest level for the first time as an all-time high 822 new infections were confirmed in a single day in the capital. Nationally, Japan’s daily COVID-19 figures have been consistently hitting records since mid-November. While vaccinations have begun in the U.S., the U.K., Canada and elsewhere, immunizations in Japan may still be months away—even though the Tokyo summer Olympics are set to begin in July. 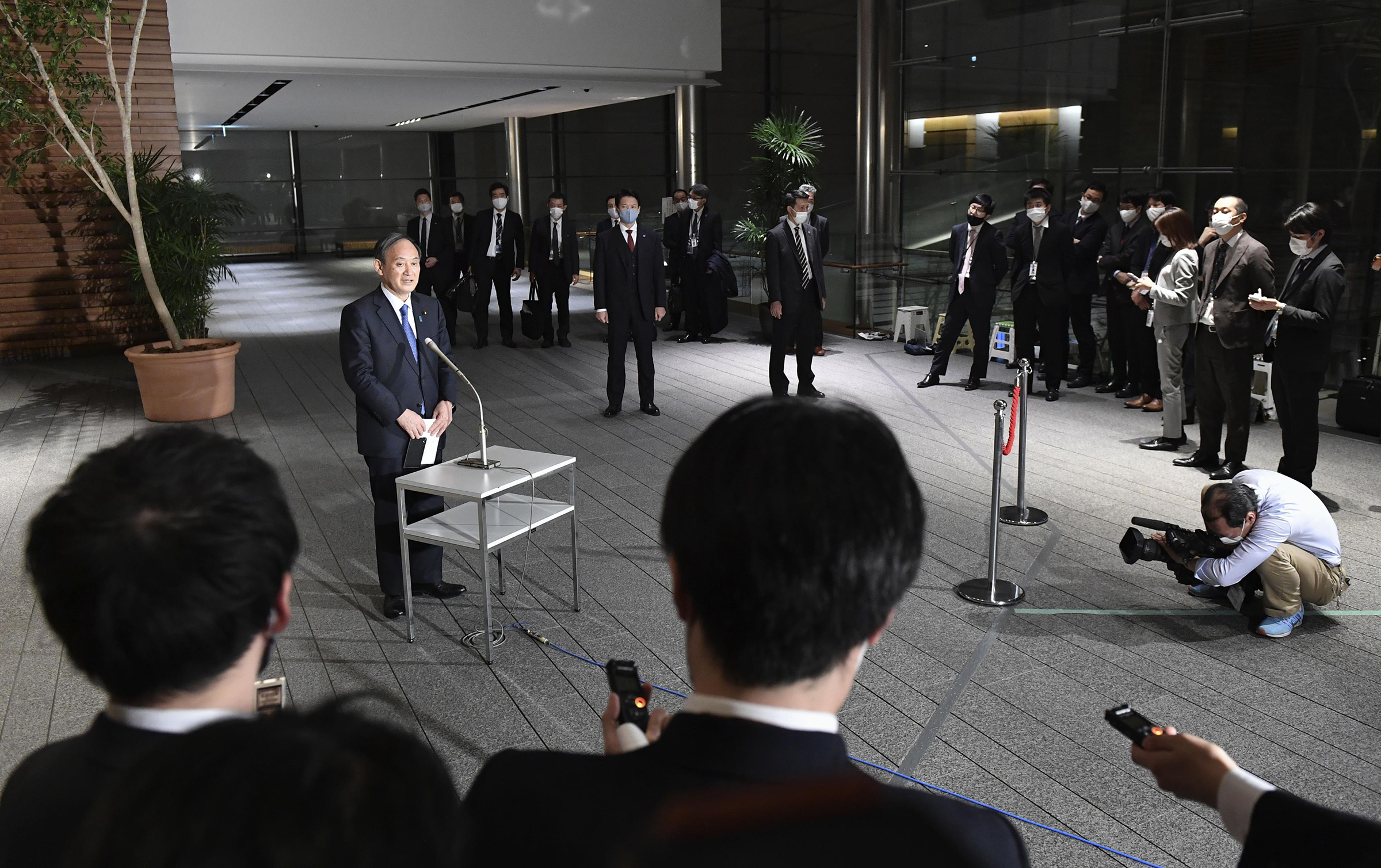 Japanese Prime Minister Yoshihide Suga speaks to reporters at his office in Tokyo on Dec. 14. The government’s Go To Travel campaign will be halted from Dec. 28 to Jan. 11 amid a surge in coronavirus cases

Infections have surged especially among younger Japanese, and there’s evidence that public COVID-19 fatigue may have set in amid Japan’s first winter with the coronavirus—11 months after the first cases were confirmed in the country.

“People might have become uninterested in COVID-19 during the second wave,” says Kaori Muto, a medical sociologist at the University of Tokyo’s Institute of Medical Science and a member of the government’s coronavirus panel. “I also observe a gap that cannot be ignored between alerts by the panel and decisions by the government, although officials have been working so hard.”

Read more: Asia Has Beaten Back Each Wave of COVID-19. But This Surge Could Be Different

While end-of-year parties have largely been canceled and many businesses are suffering from customers staying away, rail hubs and shopping districts in Tokyo still see congested periods. Some establishments that serve alcohol, such as hostess clubs, restaurants and bars, have been asked to shorten their hours—though not all have complied.

Masks are almost universal in the Japanese capital and other large cities, thanks to the fact that they’re also worn in normal times to ward off seasonal allergies and flu. But they’re not mandatory and not everyone wants to wear one.

Some Japanese who aren’t following COVID-19 recommendations seem to be emboldened by fringe groups that have capitalized on political and social upheavals. One example is how the QAnon conspiracy theory spread to Japan, with one leading exponent building up a following of over 80,000 on Twitter before the platform suspended her account.

“With the coronavirus crisis bringing down every economy, people are mentally and physically under extreme stress due to self-restrictions,” critic Atsushi Manabe recently wrote in a Gendai Business article on QAnon in Japan. “They are spending more time online. All this has made people easily influenced by information which they do not know is true or not. It can be said that the motivation to go deep into such beliefs is stronger than ever.”

Offline, fringe groups have rallied against mask-wearing. In July, Masayuki Hiratsuka, a YouTuber who propagates conspiracy theories, ran for governor of Tokyo under the slogan “coronavirus is just a cold.” Though he lost, he managed to get a small number of followers to hold “cluster festival” events in Tokyo in August. While few in number, adherents holding “coronavirus is fake news” placards can sometimes be seen around Tokyo train stations.

“People tend to believe news that echoes their fundamental beliefs,” says Mitsutoshi Horii, a sociologist at Shumei University and author of Masuku to Nihonjin (Masks and the Japanese People), a 2012 book that explores how Japan, unlike the West, kept using masks even decades after the 1918 Spanish flu pandemic. “And nowadays with social media, it’s much easier for those anti-establishment people to find friends to share this with. It gives a greater voice to people on the fringe of social values.” 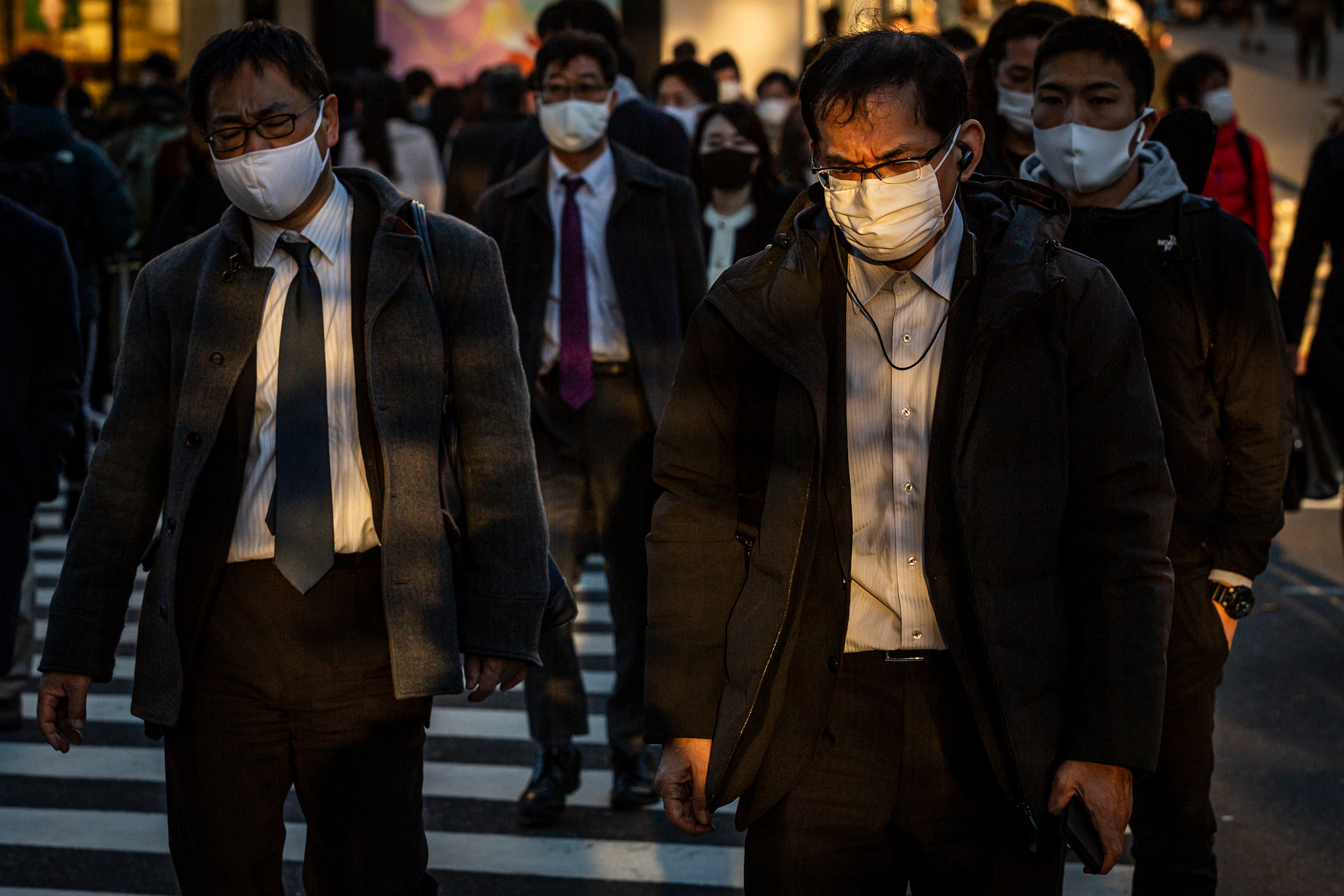 Pedestrians cross a road on Dec. 17 in Tokyo

Japan’s backsliding comes after months of relatively successful control of the coronavirus. It eschewed hard lockdowns for a cluster-based containment approach and broadcast warnings early on that enclosed, poorly ventilated spaces should be avoided. So far, nationwide cumulative cases remain under 200,000 and fatalities below 3,000—resulting in rates many times below those in the U.S. and Europe. This is despite the fact that Japan has one of the highest proportions of vulnerable elderly people in the world, and its coronavirus countermeasures have, in most cases, been mild.

Businesses have faced requests, not orders, to curtail their operating hours and schools were only closed temporarily in spring when a state of emergency was in place. Some critics in the medical community have said it’s not enough.

“There’s a lack of leadership by both local and central governments,” says Kentaro Iwata, an infectious disease specialist at Kobe University who drew headlines in February after slamming quarantine conditions on the virus-hit Diamond Princess cruise ship docked in Yokohama. “They do not consider COVID-19 a serious threat to the nation. There are also too many and too large clusters that the Japanese public health system cannot pursue and catch. This is useful only when clusters are small and not that many.”

Read more:This Japanese Island Lifted Its Coronavirus Lockdown Too Soon and Became a Warning to the World

Japanese politicians lack scientific literacy, says Iwata, citing the fact that asymptomatic carriers of the virus could have unwittingly spread it while participating in the Go To Travel campaign, which offered subsidies for domestic travel and hotel stays. While there has been limited anecdotal evidence of the campaign abetting virus transmission—for instance, locals on remote Rishiri Island off Hokkaido blamed Go To Travel for a cluster of 10 infections in November— even before it was suspended, the government was considering excluding Tokyo, which has logged the most infections. A similar national campaign offering discounts for restaurant patrons was partially suspended in late November.

In Japan, the government remains the biggest influencer of public behavior. Leaders such as Tokyo Gov. Yuriko Koike are facing renewed calls to do more to communicate the urgency of flattening the curve as the capital’s medical system comes under severe strain. With three months to go before the possible start of vaccinations in March, this winter may be devastating for Japan. 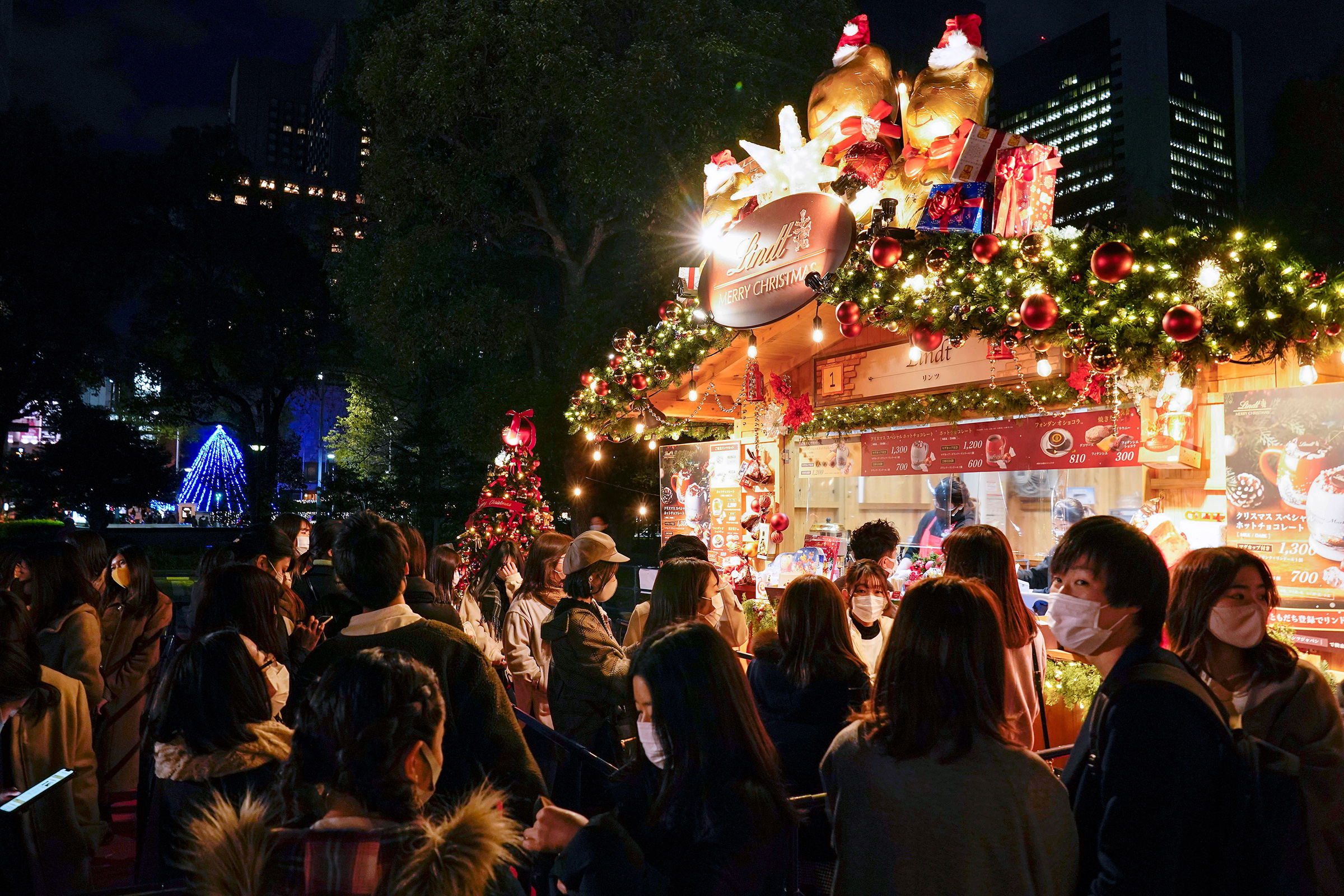 Visitors wearing protective masks enjoy their time at a Christmas market in Tokyo on Dec. 16 after Tokyo government announced it marked its highest record of 678 new COVID-19 infection cases in a day

“People in Japan want the authority of the government to send a clear message, but it sends contradictory messages,” says Norichika Horie, a professor at the University of Tokyo’s Center for Death and Life Studies and Practical Ethics. “Therefore, people try to act like those close to them. They think that it is a loss if they are the only ones who miss out when everyone else is going out with GoTo Travel. It’s like the joke, ‘If everyone crosses on a red light, there is nothing to be afraid of.’ But COVID-19 will take more lives of the vulnerable. The sin of the high-risk behavior is serious. We should have stopped at the red light.”

The Coronavirus Brief. Everything you need to know about the global spread of COVID-19

Fri Dec 18 , 2020
cape town – Getty No more countries are to be added to the travel corridor list until the new year, although there may be some “emergency removals”. While announcing changes to the roster of quarantine-free destinations in his weekly update on Thursday evening, the Transport Secretary, Grant Shapps, confirmed via […]