If you can’t visit family due to the COVID-19 pandemic, host a virtual Thanksgiving dinner instead.

Thursday is a weird day for a holiday, right? Sure, some companies give their employees the Friday after Thanksgiving off, but many don’t, which means Americans across the country are lugging their turkey-filled bodies back to work after inhaling every piece of food in sight the day before.

A famed publisher even wrote to President Herbert Hoover in 1929, asking him to *please* move the holiday to Friday so we all get a three-day weekend for “thanksgiving, rest, pleasure and recreation” – amen, F.B. Haviland.

Historians don’t know exactly which day the “first Thanksgiving” between the Pilgrims and Native Americans fell on — and it actually happened in October, not November, according to the Farmer’s Almanac. So why do we observe Thanksgiving on the fourth Thursday of November?

History: What you learned about the ‘first Thanksgiving’ isn’t true. Here’s the real story

The Farmer’s Almanac goes on to say that Thursday was a special day for Puritan colonists in New England, with ministers giving a religious lecture on Thursday afternoons, so that could have contributed to the Thursday Thanksgiving tradition (although, for a brief five-year period in the 1600s, Thanksgiving was held on Nov. 25).

At any rate, Thanksgiving has been held on a Thursday in November since George Washington’s presidency. Washington declared a day of thanksgiving and prayer in 1789, partly to honor the new U.S. Constitution.

But it was President Abraham Lincoln who proclaimed in 1863 that Thanksgiving would be held the last Thursday of November.

“He’s the father of the whole idea of a nation giving thanks for its advantages and privileges of living in a democracy like this,” said Harold Holzer, historian and chairman of the Abraham Lincoln Bicentennial Foundation.

It took the trauma of the Civil War to make Thanksgiving a formal, annual holiday.

Lincoln issued his proclamation on Oct. 3, 1863, three months after Union Army victories at Gettysburg and Vicksburg, and at a time in which ultimate triumph appeared in sight. “There was a lot to be thankful for in the fall of 1863,” said Allen Guelzo, the Henry R. Luce Professor of the Civil War Era at Gettysburg College.

Writing that the nation’s many blessings “should be solemnly, reverently and gratefully acknowledged” by the American people, Lincoln declared: “I do therefore invite my fellow-citizens in every part of the United States, and also those who are at sea and those who are sojourning in foreign lands, to set apart and observe the last Thursday of November next as a day of thanksgiving and praise to our beneficent Father who dwelleth in the heavens.”

(It should be noted that while Lincoln issued this proclamation, most historians believe it was actually written by his secretary of State, William Seward.)

The proclamation served a familiar purpose for Lincoln. “He was always looking for ways to unify the nation in a terrible time of war,” biographer Ronald C. White Jr. said.

Zoom-ing for Thanksgiving 2020? Here’s how to make the most of online dinner

National Day of Mourning: Not all Native Americans celebrate Thanksgiving. Find out why

For decades after Lincoln, Americans traditionally celebrated Thanksgiving on the last Thursday of November, even if it fell on Nov. 30 — as happened in 1939, the end of an economically troubled decade.

Some merchants worried that a late Thanksgiving would cut down on Christmas sales and asked President Franklin D. Roosevelt to move the holiday up by a week – which he did, creating unanticipated havoc.

Some state governors objected, issuing proclamations of their own to keep Thanksgiving on Nov. 30. Other states recognized the Nov. 23 date. This created scheduling issues for holiday traditions, from family reunions to football games.

“It was just chaos for a couple of years,” said Bob Clark, supervisory archivist with the Franklin D. Roosevelt Presidential Library & Museum.

Congress eventually stepped in. On Dec. 26, 1941, less than a month after the attack at Pearl Harbor plunged the United States into World War II, Congress passed a law declaring the fourth Thursday of November as Thanksgiving Day, where it remains to this day.

Thanksgiving fun facts: How the holiday has changed through the years

Editor’s Note: This article was originally published in 2019.

Tue Nov 24 , 2020
Raffles Hotel Singapore has appointed Adyen, the global payments platform of choice for many of the world’s leading companies, as its preferred payments partner to deliver a holistic and frictionless hospitality experience within and beyond its iconic property walls. Always committed to being relevant and ever evolving to adapt to […] 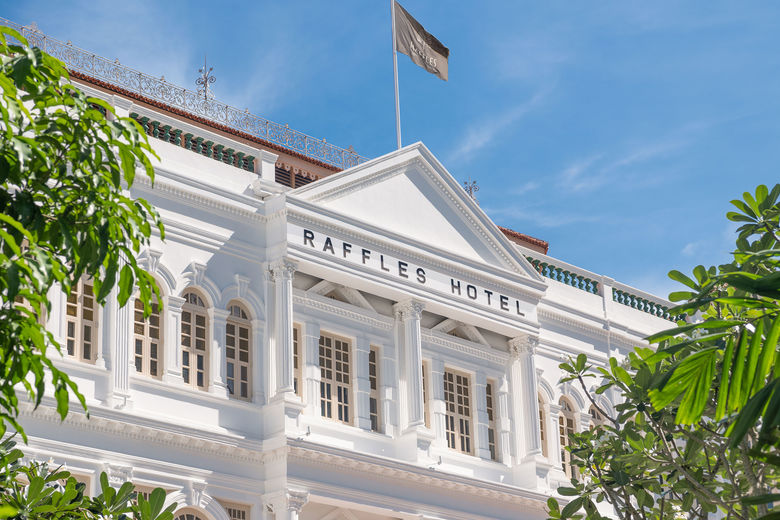