If you — like me — are obsessed with celebrity culture, and therefore follow a lot of famous people on Instagram, your feed on any given day might include: Mindy Kaling dancing with a can of Campbell’s soup, Blake Lively wearing heels that look like they were drawn on using Microsoft Paint, and Reese Witherspoon trying desperately to make a meme challenge (starring herself!) happen. Among all this odd online behavior, though, there is one phenomenon that stands out to me as being supremely weird, and it comes courtesy of famous parents: covering a child’s face with an emoji.

You know you’ve seen it: Gigi Hadid and Zayn Malik used an emoji of the Hulk to block out their infant’s face on Halloween; Kristen Bell and Dax Shepard put rainbows on their daughters’ faces when posting vacation pics; Ashley Graham placed a heart over her baby’s face in a video collage recapping his first 12 months of life; Jenny Mollen, bestselling author and wife of actor Jason Biggs, is partial to the “lit” emoji for pics of her kids horsing around at home. Danielle Fishel does it, Michelle Buteau does it, and Elsa Pataky does it. As do, Orlando Bloom, Jenna Dewan, and Chris Pratt. (The list goes on, but I’ll stop there.)

What makes this phenomenon so interesting is that many of the celebrities who use emojis to, it would seem, put up a privacy barrier around their kids, are also the kind who share seemingly every other aspect of their lives with their fans and followers. Bell, for example, has built her whole personal brand on relatability — and that includes how she presents her life as a parent. She regularly goes on talk shows and podcasts to discuss the funny antics her kids have been up to, and she posts detailed accounts about how hard she works on her marriage. But showing her kids’ faces is one line she will not cross. When she puts a photo of her children on social media, she always covers their faces with an emoji. When someone already shares so much of their lives and their kids’ lives with the world, why exactly is their child’s face where they choose to set a limit?

According to Leah Plunkett, an expert in digital privacy law and author of Sharenthood: Why We Should Think Before We Talk about Our Kids Online, hiding your kid’s face in social media posts does provide some specific privacy benefits. She explains that when it comes to who will learn information from a picture you share, there are two big categories. “The first is what other people — as in human beings and not algorithms or robots — can learn from the picture,” she says. “The second is what data can be extracted, used, and repurposed by various forms of machine learning or artificial intelligence, et cetera.” Obscuring a face in an image can limit the information actual people can glean from that image, but it’s still unclear how much it protects against institutions, such as social media companies and third parties that receive data from those social media companies, getting info from the image.

“It would certainly guard against the kind of scenario that The New York Times wrote about in fall of 2019, where it came out down the road that photos that parents had posted of kids online in the early 2000s were taken and used to train what The Times called ‘bleeding-edge surveillance technology,’” Plunkett explains. “Obviously, if you don’t have a face, the image can’t be used for that, but would it still be possible to learn things from the photo like location or the kind of clothing worn or depending on the photo, race or ethnicity or gender? Yeah, it probably still would be.” Because of all that, this tactic is not a foolproof solution for containing information, but for parents — and maybe especially celebrity parents — some coverage is better than none, especially if they just can’t stop themselves from posting photos online.

While Plunkett confirms it’s safer just not to share photos of your children on social media at all, she does understand that the impulse to do so might overrule some security fears. “I think the motivation is to try to engage in a level of ‘sharenting’ that is focused on you sharing about your life, of which children are a huge part for most parents, certainly for me, without giving away information about your children that, in some sense, is not yours to give,” Plunkett explains. “It’s like, here’s what’s going on in my life of which my children are a big part, but literally and metaphorically, I’m not going to give you a window into their lives.” So, for celebrities who are used to — and love — sharing their lives on social media, it’s not really an option not to post images of their kids. Instead, it’s about controlling the way they do so.

In the age of social media, celebrities both do and don’t have authority over their images. On the one hand, they have a direct line to their fans via platforms like Instagram, where they can mold and manipulate their personas — providing they at least give the veneer of authenticity. On the other, they still have to fend off paparazzi, who are more zealous than ever in their hunt for candid celeb photos, which are then proliferated across the internet. Many stars have even found themselves in lawsuits for posting paparazzi photos of themselves without giving proper credit or payment to those who shot them. But while famous people don’t have control of paparazzi images of themselves or their kids, they do have control over their own shots, and they can use those to cultivate their own brands.

Like with everything we post online, posting photos of our children, whether their faces are visible or not, is a way for parents — famous or not — to convey a certain message about themselves and their lives. It’s also a great way to generate engagement. Plunkett remembers when she was running for state office over the summer and posted a photo of herself filling out forms to get on the ballot. In the picture, her daughter can be seen, though her face is not visible. “I thought about whether or not to share this photo because, on the one hand, I really am a very minimalist or nonexistent ‘sharent.’ On the other hand, part of why I was running for office was because I think that there should be a working mom of young kids in this position,” Plunkett explains. “This was a moment that was private in that it happened in my house, but it’s also public because, in a non-COVID world, I would have had to go to the State House in New Hampshire and fill this out in front of anyone else who happened to be there. Also, I wanted to convey to people who were getting to know me and getting to know the campaign, this is what it looks like to do this with a small child hanging on you.” Ultimately, Plunkett decided to post the photo because her daughter was indistinguishable from any other brown-haired, small person — the image was particularly well-received by people in the community.

No matter whether you’re a celebrity, an influencer, or just a normie parent, sharing photos of your kids almost guarantees more likes. Pictures that give unique insight into your life — or at least the illusion of insight into your life — perform better on social media. Anyone who has ever reluctantly posted a selfie only to receive infinitely more attention for it than any sunset or sandwich photo you’ve previously posted knows this to be true. For people who use their platforms professionally and are constantly thinking about engagement so they can get sponcon partnerships or just strengthen their personal brands, it makes sense that they would want to share photos that are undeniably cute, even if they don’t reveal their kids’ faces.

But maybe the strangest aspect of the emoji-face-covering is that, well, they feel really disruptive when used on accounts where aesthetics are a huge focus — I, for one, find it so aesthetically unpleasing that I know I can’t be alone. Maybe if you’re a regular person, the presence of errant emoji in the middle of a family portrait might not stick out among all the other poorly lit photos of your week’s meal prep haul or the numerous snaps of your cat that make up your grid. But on a celeb’s profile, where every image is so deliberately planned, and often curated by assistants or even agencies dedicated to conveying a certain persona for the celebrity via photos, Reels, and memes (yes, we are talking about Reese Witherspoon and Mindy Kaling), well, those emojis hit differently. The posts are well-planned and the grids are curated, and yet, there sits a heart or a pumpkin smack dab in the center of everything, an utter distraction. Some celebrities get around this cartoonish intrusion by only posting photos where their children are facing away from the camera. Still others double down by blurring out their kids’ faces like they’re on an episode of Cops.

Even when considering and understanding the privacy perspective, it’s still hard, after seeing the photo of Zayn and Gigi holding their little bundle of Hulk not to go right into an existential tailspin, and wonder: What’s in a face? Couldn’t it be argued that a person’s essence is in their face? So without that, what exactly am I even looking at? (And, just in case you’re thinking I sound like a stoned first-year philosophy major debating what it even means to be a person, trust me, I know — and I don’t like that these posts make me feel this way, either).

Really though, the most important question I’m always left asking myself after seeing yet another photo of a kid donning a random emoji, like some kind of macabre digital mask (an aesthetic nightmare that isn’t even all that secure from a digital privacy perspective) is this: Why post the photo at all? The answer, I suppose, is that celebrities and influencers are still regular people, who, just like the rest of us, have the same inane impulses to overshare. In fact, their impulses might even be stronger than ours, since they are literal performers on and off social media. But, they also know the power of the illusion of information, and how nothing works better, in terms of maintaining an audience, than pretending to give more than you’re actually giving. So they stoke their fan base by seemingly offering a glimpse into their lives, while also pulling back and asserting control over their own narratives. All of which is fine, but, you know, do they have to do it with such ugly emojis?

Like what you see? How about some more R29 goodness, right here?

Dakota Johnson Loves Limes. Or, Does She?

Thu Jan 28 , 2021
A new Cyberpunk 2077 hotfix is now live on all platforms, fixing a game-breaking bug that has been introduced by the 1.1 update. The 1.11 hotfix not only finally makes it so that it is now finally possible to make progress in the Down on the Street quest, but it […] 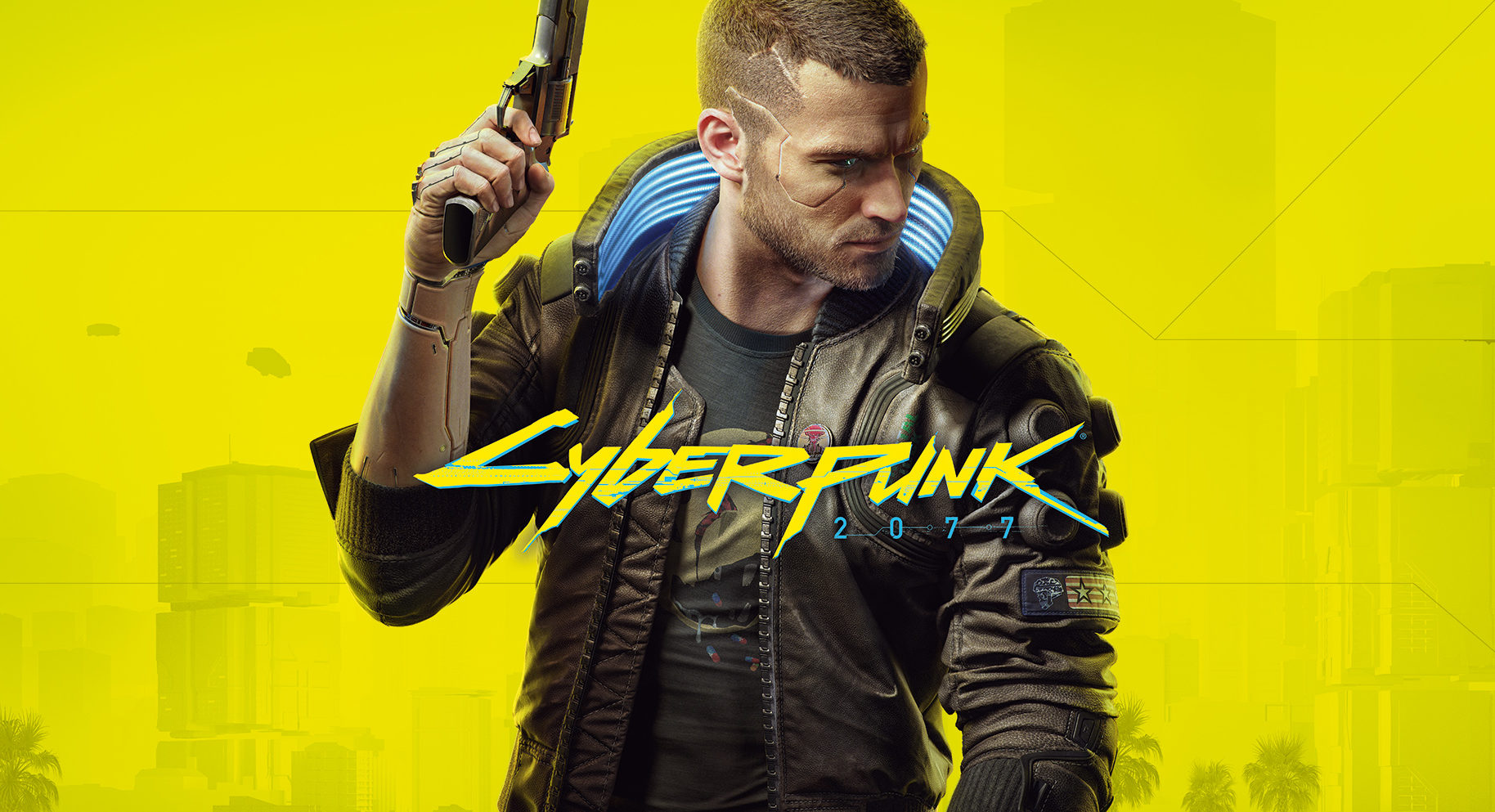