GENEVA — The head of emergencies at the World Health Organization is hailing “good news” in results shown by two COVID-19 vaccine candidates in early trials, but warns “there’s a long way to go.”

“We now need to move into larger-scale real-world trials,” Dr. Michael Ryan told reporters at a news conference in Geneva. “But it is good to see more data and more products moving into this very important phase of vaccine discovery.”

Ryan’s comments came as scientists at Oxford University, in a paper published in The Lancet, said their experimental vaccine had been shown to trigger a protective immune response in hundreds of people who got the shot.

Also in the medical journal, Chinese researchers published a study on their experimental vaccine, using a similar technique as the Oxford team, that reported an immune response.

Ryan noted there are 23 COVID-19 candidate vaccines in clinical development, but until Monday only one had produced Phase 1 clinical data.

LONDON — Scientists at Oxford University say their experimental coronavirus vaccine has been shown in an early trial to prompt a protective immune response in hundreds of people who got the shot.

British researchers first began testing the vaccine in April in about 1,000 people, half of whom got the experimental vaccine. Such early trials are designed to evaluate safety and see what kind of immune response was provoked, but can’t tell if the vaccine truly protects.

In research published Monday in the journal Lancet, scientists said that they found their experimental COVID-19 vaccine produced a dual immune response in people aged 18 to 55 that lasted at least two months after they were immunized.

“We are seeing good immune response in almost everybody,” said Dr. Adrian Hill, director of the Jenner Institute at Oxford University. “What this vaccine does particularly well is trigger both arms of the immune system,” he said.

Hill said that neutralizing antibodies are produced — molecules which are key to blocking infection. In addition, the vaccine also causes a reaction in the body’s T-cells which help to fight off the coronavirus.

ST. PETERSBURG, Fla. — Florida has reported 90 new deaths from COVID-19, bringing its seven-day average to about 114 per day. Its overall deaths rank 25th in the nation per capita, or about 7 times less than highest-ranked New Jersey.

Hospitalizations for the disease continued to increase, standing at 9,452 statewide Monday — up about 160 from the day before.

Though the increase has slowed when compared to about week ago, those additional patients have been straining ICU units of some hospitals in the South Florida, Tampa, Orlando and Jacksonville areas.

Statewide, 18% of ICU units were available.

MOSCOW — Russian President Vladimir Putin has supported the idea of postponing until next year a mass event marking the 75th anniversary of the World War II defeat of Nazi Germany, because of the coronavirus pandemic.

The Immortal Regiment, a large-scale procession pf people carrying photographs of their relatives who died during the war, traditionally takes place in many Russian cities May 9, Victory Day — the country’s most important national holiday.

This year Putin postponed it until July 26. Last week organizers suggested postponing it again, saying social distancing contradicts the spirit of the procession during which people stand “shoulder to shoulder.” Putin said Monday that “events like this can’t be carried out at any cost.”

Russia has reported over 777,000 confirmed coronavirus cases and more than 12,000 deaths.

The British government said in a statement Monday that it had secured access to a vaccine candidate being developed by Pfizer and BioNTech, in addition to another experimental vaccine researched by Valneva. Britain had previously signed a deal with AstraZeneca to provide 100 million doses of the coronavirus vaccine being tested by Oxford University.

JOHANNESBURG — South Africa’s health minister says “no one should be turned (away) at the gate” for coronavirus care as public hospitals come under growing pressure from the pandemic.

The country now ranks fifth in the world in virus caseload with more than 364,000 and makes up more than half the confirmed infections in Africa. Deaths have surpassed 5,000.

Health Minister Zweli Mkhize told reporters that “there’s never going to be a time there’s pressure on any hospital” and said the number of beds will be increased and private hospitals will help.

He visited a new field hospital in Johannesburg that is meant to hold patients who need less intensive care. Already it has 150 people in isolation, nine in quarantine and 20 on oxygen, the Gauteng provincial health department said.

Masks were already required in museums, public transport, cinemas, places of worship and other enclosed spaces.

Health Minister Olivier Veran said Monday that one new source of infections appears to be families getting together for the summer vacation.

A country of 1.4 billion people, India has been conducting nearly 10,000 tests per million people. More than 300,000 samples are being tested every day now, compared to just a few hundred in March, according to the Indian Council of Medical Research.

Vice Health Minister Kim Gang-lip said during a virus briefing that the four local transmissions represented the first time that such infections came below 10 since May 19. He pleaded for continued vigilance, encouraging people to avoid crowded places or even stay at home during the summer holiday period.

Victoria Premier Daniel Andrews expected to know on Wednesday what impact a lockdown on Melbourne, Australia’s second-largest city, and the neighoring semi-rural Mitchell Shire were having.

One of the 17 new cases reported on Monday was in the ancient Silk Road city of Kashgar, the regional government said. The remainder were in the regional capital of Urumqi, where all other cases have been reported since the outbreak emerged earlier this month.

Beijing meanwhile, has gone 14 days without a case of local transmission and city authorities on Sunday said they were downgrading the emergency response level from two to three.

Hong Kong, meanwhile, has seen a spike in cases, with more than 100 reported on Sunday. That has prompted the semi-autonomous southern Chinese city to reimpose measures including closing indoor entertainment venues and public libraries, and imposing additional quarantine measures on travelers arriving from seven countries where the risk of infection is considered especially high, including South Africa.

Mon Jul 20 , 2020
The new post-Brexit passport is blue, and very behind schedule – afp So badly have Covid-19 measures hit the Passport Office, that some families have been forced to cancel their holidays this summer. The average time taken to process applications is currently around double the pre-coronavirus timescale, but some have […] 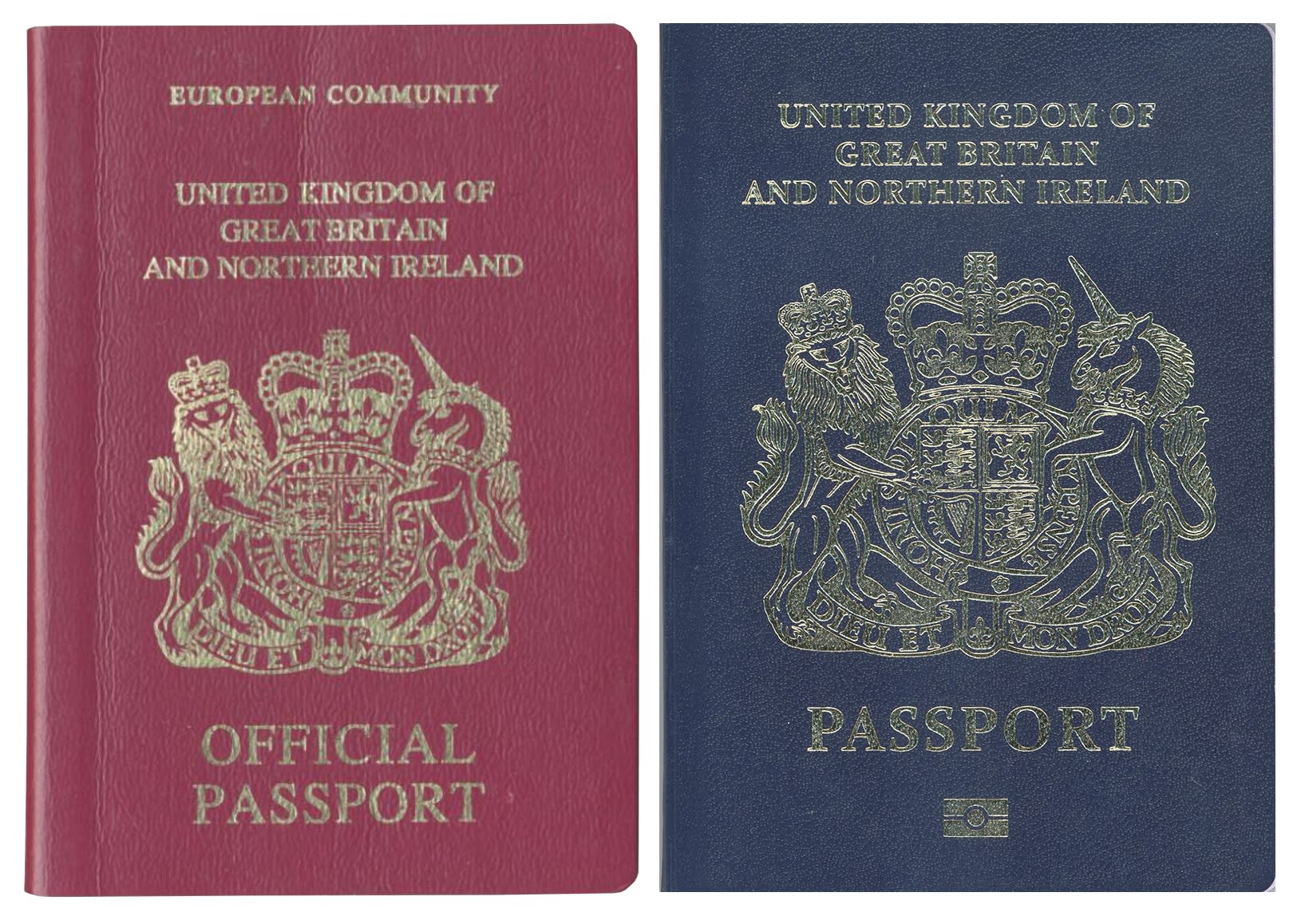