Visitors to Whiskeytown National Recreation Area will see some new features and restored facilities at the park this summer.

That’s after park staff rangers spent much of the past year restoring areas of Whiskeytown damaged by the Carr Fire in summer 2018, and the floods that further damaged the park in February 2019. Experts said at the time, the fire destroyed 96% of the park.

And the park is planning more over the next year, such as repairing trails that have stayed closed since the fire and installing trail signs around the park.

Wildfire:  Why do California fires keep burning in the same places?

We are prioritizing them (trails for restoration) based on use — how many people (hike on them),” Hoines said.

What follows is a list of the jobs that just got completed and the jobs still left to do.

What’s been done at Whiskeytown?

What other work needs to get done?

More: CDFW mailbag: How can I get new hunter, angler rules? What’s going to happen to Iron Gate Dam?

Some park attendees said they were uncomfortable hiking near damaged areas before repairs were made.

“We were at the Carr Powerhouse two weeks ago,” JoAnn Blomquist posted on Facebook on Friday. “It looked like the restrooms were gone and only a (portable bathroom was) available to use. There was lots of construction going on. We didn’t feel comfortable getting out of our car.”

What impact did COVID-19 have on the park?

The pandemic did not hurt Whiskeytown’s attendance in 2020.

“We had 811,000 visitors last year,” Hoines said. “That’s on par with our visitation numbers before the Carr Fire.”

Nature is also helping restore the park. New growth is covering old ash and stabilizing soil in some burn areas.

“After a couple of winters, things are really responding for sure,” Hoines said. “Every day we’re getting a little bit closer (to restoration).”

Jessica Skropanic is a features reporter for the Record Searchlight/USA Today Network. She covers science, arts, social issues and entertainment stories. Follow her on Twitter @RS_JSkropanic and on Facebook. Join Jessica in the Get Out! Nor Cal recreation Facebook group. To support and sustain this work, please subscribe today. Thank you.

Sat Mar 13 , 2021
Today, gentle readers, I’ll let you in on a little secret: I spent most of my life maintaining that I “hated” eggs. Now, I’ll admit, there were several times in recent years when my resolve started to weaken. I’d be on vacation, staying at a bed-and- breakfast, and I’d wake […] 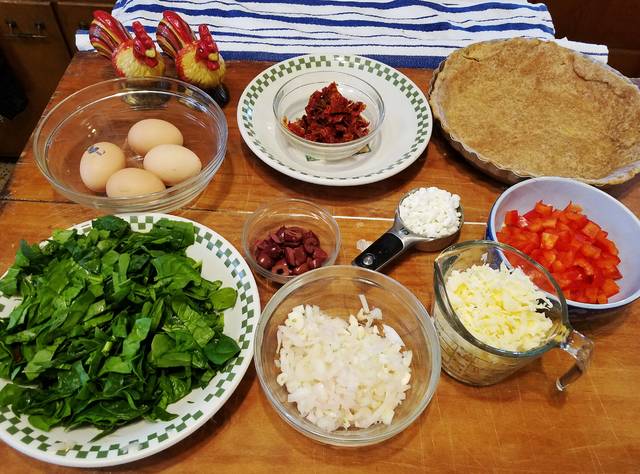