In the latest quarantine shuffle, “no-go” status has been lifted from Portugal after more than five months. But British travellers in Croatia, Austria and Trinidad & Tobago will need to self-isolate at home for two weeks if they arrive after 4am on Saturday 22 August.

From 8 June until 9 July, the UK government imposed blanket quarantine for arriving travellers from any country on earth apart from Ireland. Self-isolation at home is an arduous undertaking, and the closest most of us will come to house arrest.

From 10 June, dozens of countries and territories were awarded “air corridor” status and placed on the exempt list – meaning travellers need not self-isolate on arrival.

But in response to rising rates of infection in some of those countries, the government has reimposed quarantine. At the same time the Foreign Office has warned against non-essential travel.

The key nations where British travellers have suddenly found themselves liable to quarantine are Spain, France, Malta and the Netherlands.

They are joined from 4am on Saturday 22 August by Austria and Croatia – as well as Trinidad & Tobago, though that is largely irrelevant since there is currently virtually no travel between these Caribbean islands and the UK.

In addition, Scotland has imposed self-isolation on arrivals from Switzerland from the same deadline.

Why has the advice changed?

In the past few days, Croatia has seen record numbers of new cases of coronavirus. The latest statistics reported by the Croatian Institute of Public Health show a surge largely in the Zagreb and Split areas.

Since the UK government does not distinguish between different regions in a country, the increase in infections resulted in the Foreign Office warning against travel and the Department for Transport re-imposing self-isolation for UK travellers returning from Croatia.

Tourism officials are furious that no account has been taken of regional differences, nor the efforts being made to protect holidaymakers.

Kristjan Stanicic, general director of the Croatian National Tourist Board, said the 5 million foreign tourists who have visited the country so far this year “confirm the fact that Croatia is perceived as a safe tourist destination”.

Austria and Switzerland have also seen spikes in infections – while localised, they make the figures for the countries look bad.

How does the government make its decisions?

They include, he said: “Estimated prevalence of Covid-19 in a country; the level and rate of change in the incidence of confirmed positive cases; the extent of testing in a country; the testing regime and test positivity; the extent to which cases can be accounted for by a contained outbreak as opposed to more general transmission in the community; government actions; and other relevant epidemiological information.”

What does it mean for travellers trying to get home?

Even though the Foreign Office deems Austria and Croatia to be “unacceptably high risk”, it adds: “The FCO is not advising those already travelling in Croatia to leave at this time.” Everyone is able to continue their holidays as planned, and no airlifts have organised.

The estimated 20,000 British holidaymakers in Croatia, and several thousand more in Austria, face an uncomfortable choice between racing to get home, at great cost financially and in terms of stress, or staying on and completing the holiday – but with the prospect of two weeks in quarantine when they return.

It is not merely a matter of leaving Austria to reach Germany, or moving from Croatia across the northern border to Slovenia; they must reach the UK by 4am on Saturday.

Travellers from Austria can either fly back direct or travel to Munich, from which there are plenty of options – by rail as well as air – to reach the UK.

The flight options from Croatia look challenging. On Fridays there are no direct flights from Split, Pula, Zadar or Dubrovnik to the UK – though there are plenty on Saturday and Sunday.

The only flight from Croatia to the UK all day on Friday appears to be from Zagreb to Heathrow for £400 one way.

Some British travellers in the north of the country, particularly the Istrian peninsula, can aim for Trieste or Venice in Italy.

What are the rights of travellers who have holidays booked in Austria or Croatia?

The standard advice for anyone booked on a proper package has always been: as soon as the Foreign Office warns against travel to a particular nation, all holiday companies cancel future departures and offer the choice between a full refund or an alternative holiday. That principle has been ignored by some online travel agents who say that they believe it is safe to go, and are declining refunds. It will take a legal case to decide who’s right.

If you have booked a DIY holiday, then if the airline cancels your flight you can claim a full refund. If the departure goes ahead, though, the best you can hope for is a voucher – and some airlines are not offering that. Ryanair and Wizz Air insist, “use it or lose it, or pay to change it”.

Accommodation providers might offer deferrals or even refunds. But if a booked hotel or villa is still able to provide accommodation, a decision not to take it up is not their problem.

Travel insurance taken out prior to the coronavirus crisis may help, but it will depend on the precise cover. Generally, the more expensive the policy, the more likely it is that you will be covered.

Where else could be placed on the “no-go” list?

The transport secretary has warned: “As with all ‘air bridge’ countries, please be aware that things can change quickly. Only travel if you are content to unexpectedly 14-day quarantine if required.”

The Czech Republic, Denmark, Iceland and Switzerland (already on the Scottish mandatory-quarantine list) have relatively high and rising rates of coronavirus infection – though they currently have far fewer British tourists than Croatia.

Many readers have contacted The Independent to ask about Greece and Turkey. At present their rates of infection look unlikely to trigger the re-imposition of quarantine.

Meanwhile Portugal is good to go to?

Yes. The Foreign Office has lifted its warning against travel, and from 4am on Saturday arrivals from Portugal will no longer need to self-isolate for 14 days.

But those who have already landed are expected to complete 14 days in self-isolation.

The country has lobbied intensively to be awarded no-quarantine status. Luis Araujo, president of Turismo de Portugal, said: “This has been a period which nobody will ever forget, a period of time which has left behind a trail of destruction, sorrow and pain.”

The UK’s change of heart means that travel firms can once again sell holidays to the Algarve, Lisbon, Madeira and the Azores.

Jet2 will restart holidays to the Algarve on Monday 24 August. The chief executive, Steve Heapy, said: “Despite the government advice that has been in place, the demand for flights and holidays to Portugal has remained strong, so we are looking forward to resuming our operations to Faro in addition to Madeira.”

A spokesperson for Abta, the travel association, said: “Portugal is a popular destination among British holidaymakers and a place where the weather usually remains pleasant late into winter time.

“The news that holidaymakers can still enjoy a much-deserved break in this country will be welcomed by travellers and the travel industry alike.”

Within minutes of the transport secretary’s announcement, air fares to the Algarve started to soar.

Fares from Manchester to Faro tracked by The Independent showed the Saturday morning easyJet flight almost doubled in price within half an hour, from £50 to £98, as holidaymakers sought short-notice escapes.

Nothing, but they will still be expected to self-isolate because of their visit to Spain – which remains on the mandatory quarantine list.

Are some countries imposing similar restrictions on British travellers?

Starting on Saturday 22 August, travellers from the UK to Norway will need to quarantine for two weeks due to what the Norwegian authorities call “high transmission” of coronavirus.

Finland, which has the lowest rates of any large European country, already bans all but its own citizens and residents.

But the French threat of reciprocal quarantine has yet to materialise in any meaningful way. The same happened in June, when the UK first imposed quarantine on France. Self-isolation for travellers arriving in France was strictly voluntary.

What is all this chopping and changing doing to travellers’ confidence?

Just when airlines, holiday companies and travel agents think things can’t get any worse – they do.

Holly Willoughby to quarantine before This Morning return

Wait, When Is Thanksgiving Day This Year?

Fri Aug 21 , 2020
Photo credit: Erika LaPresto From Delish With some holidays, you know exactly when to expect them. For instance, if you celebrate Christmas, you know that every December 25, you’ll be drinking a mimosa and acting super happy about those weird earrings your aunt gifted you. But other holidays are a […] 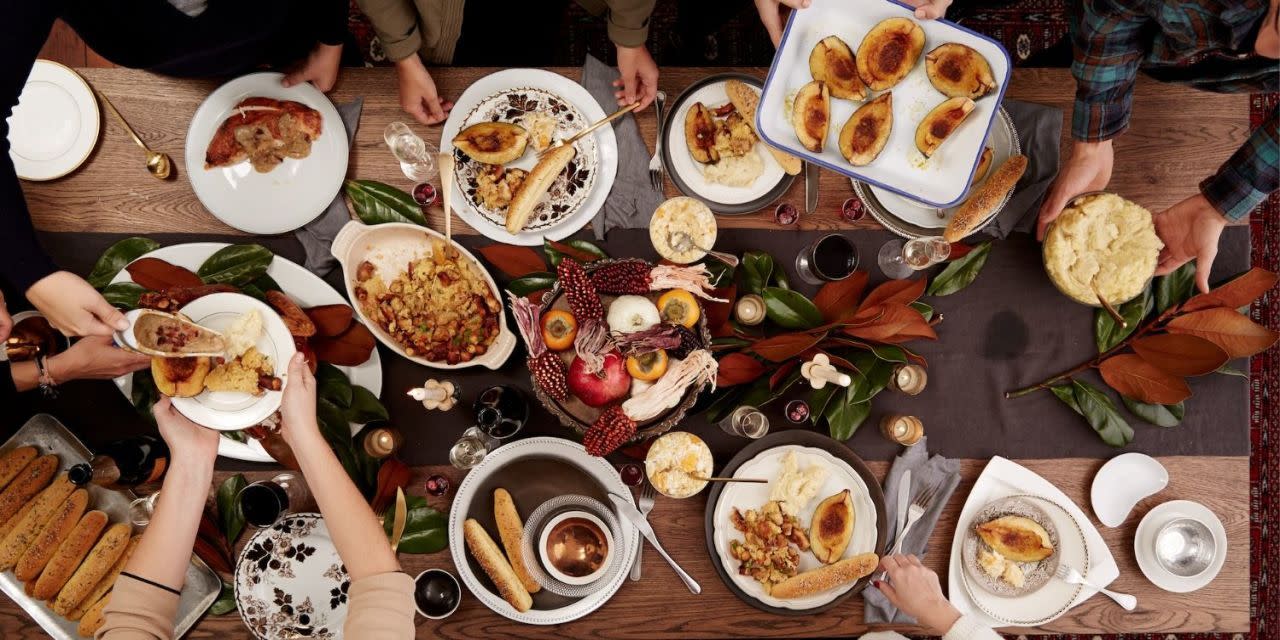