It’s disappointing enough to have an event canceled after looking forward to it for months, but then losing money on something you didn’t get to experience at all (and might never again) adds insult to injury.

Bankrate, in partnership with U.K.-based market research firm YouGov, conducted the survey in late July, with a total sample size was 2,624 U.S. adults. While Bankrate did not have hard number on the dollar amounts of how much people lost on average, the financial services company did get insights into how often consumers were able to obtain full refunds, partial refunds, less than half the original purchase price, or nothing at all on the aforementioned six core categories.

Travel and larger events, like live concerts and major sporting events, are sometimes booked several months in advance. And even for travel this summer, many people had already booked trips well before the onset of the pandemic. The most common cancelations outright with little to no chance at getting a refund have been for hotel and flight reservations as well as live concerts. Nearly six in 10 people who haven’t received refunds for canceled travel plans said they have already completely given up their efforts in trying to receive a refund.

About a third of Americans who booked but then canceled short-term home rentals got some (but not all) of their money back, while less than a quarter of consumers got partial refunds for canceled flights, hotel stays, and live music and sporting events. Among those who received refunds from canceled activities, 69% said the longest they waited was a month or less.

Ted Rossman, an industry analyst at Bankrate, says that this suggests it’s a “boom or bust” period, meaning customers either get their money back quickly or not at all.

“The biggest problems I’ve been hearing about have to do with intermediaries, for example, ticket resale sites and travel agencies,” says Rossman. “It has to do with who has the customer’s money. Essentially, it was already paid out to someone else, and now the original purchaser wants it back, and the intermediary doesn’t have enough funds to make good on that.”

Also a curious finding: Researchers found consumers earning $40,000 or less per year were more likely to give up hope compared to those earning $80,000 or more per year. Rossman admits this statistic surprised him.

“I don’t really know, to be honest. Maybe they paid less for the tickets in the first place? Although adjusted for income, even a lower ticket price could still be significant relative to one’s overall means,” Rossman says. “It could also be that lower-income households have less spare time to spend wrangling for a refund. Or they just think it’s hopeless, like the system is stacked against them and they don’t have the power to fight back.”

Rossman says the most common complaints he has been hearing are regarding ticket resale sites, short-term home rentals, and online travel agencies. In all three cases, they’re the intermediary.

For consumers looking for refunds, Rossman suggests to start requests with the original point of purchase. If the merchant isn’t cooperative, consumers should next look to their credit or debit card issuers as a backup. A third option is to appeal to the individual ticket seller, homeowner, or travel provider.

“While everyone’s situation is different, I’d urge persistence. Be polite but firm,” Rossman says. “Be willing to make several attempts via phone, online chat, email, and consider other alternatives such as arbitration and small claims court.”

5 Most Memorable Moments, From AOC to Jill Biden

Wed Aug 19 , 2020
The second day of the 2020 Democratic National Convention saw the party formally nominate Joe Biden as its presidential candidate and, of course, Biden formally accept the job. But it wasn’t the only big moment of the evening. Like the previous night, it saw a cross-political sampling of speakers (like […] 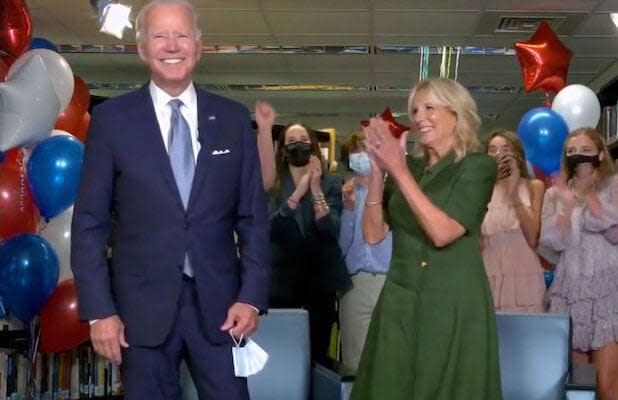