I’m the weird breed of person who actually loves to travel. Not just jetting off to new cities and sunny beaches, but I actually like the act of traveling itself. Simply going to the airport, walking through the terminal and people watching. I even like flying on planes.

When I took a job at NBC News nearly five years ago and learned that my position would involve travel, I was over the moon. Since then, I’ve flown thousands of miles all over the world. Usually hopping on planes at least once a week, flying to various assignments in new cities, small towns and throughout rural America, places that I never would have seen on my own.

But four months ago, that all came to a screeching halt.

The coronavirus hit and I was grounded. No more travel for work or fun. I was now stuck in my 500-square-foot New York City apartment without a single plane ticket in my future. That lasted about three months for me.

In late May, I got an invitation from a dear friend to spend some time in her cabin secluded in Tennessee. I was nervous to travel, but I needed to get out of my apartment for the sake of my mental health. Plus, after being sick with COVID-19 in March, I had tested positive for the antibodies. While I still had no guarantee of immunity, I felt slightly better about my safety.

I stocked my trusty backpack with masks, hand sanitizer and Clorox wipes and decided to go for it. The journey would entail flying from LaGuardia Airport in New York to Atlanta, then finally to to Knoxville, Tennessee. It felt ambitious, but I was ready.

I arrived at LaGuardia and witnessed something I had never seen before: The airport was empty. With the exception of some airline agents, TSA employees and barely a handful of other passengers, the airport that usually feels like a zoo was a ghost town. Everyone was wearing a mask and there were hand sanitizer stations everywhere.

I got through security in record time. Most stores and eateries were closed. Fortunately, I brought my own snacks.

The flight to Atlanta wasn’t empty, but it wasn’t full. I strategized that it would be best to board last. This way I wouldn’t have to encounter other passengers walking by me as they boarded. Even though there were clear markings on the ground to remind people to social distance as they lined up at the gate, I watched as many ignored it and the gate agent needed to repeatedly make reminder announcements.

Finally, I boarded and as soon as I walked on the plane, I was greeted by a cheerful flight attendant who gave me a sanitizing wipe. When I got to my seat, I did what I call “the double wipe down.” First, I wiped down the seat itself, paying special attention to the arm and head rests, then moved to the seat belt, window shade, TV screen and the air conditioning valves. I folded the wipe and placed it back in its packaging so as not to contaminate anything else. Then I used a second wipe to do my hands and phone.

Thankfully the airline that I fly is very good at not booking their flights 100%. No middle seats were booked and people seemed to be staggered a bit. I worried that wearing my mask for the entire flight would be uncomfortable. But during the two-hour plus flight to Atlanta, it didn’t bother me a bit. I even snuck in a little plane nap. At one point, flight attendants gave out bags with a small bottle of water, snacks and another wipe. But there was no aisle service and certainly no in-flight alcoholic beverages.

When I arrived in Atlanta, I could sense a difference immediately. While in New York, 100% of people at the airport were wearing masks. In Atlanta, that number was more like 70%. While busier than LaGuardia, there were still relatively few people in the terminal. Most restaurants and eateries were closed.

When I finally got to Knoxville, it was a different world. As I got off the plane, I noticed that even fewer people were wearing masks. And the airport seemed a bit more lively. Clearly, I had left my New York City bubble.

Since that trip, I have flown a few more times for both work and fun. I’ve noticed that the number of people traveling has ticked up a bit, which actually makes me a little more nervous to fly. But all in all, flying right now is a pretty great experience. While the empty airport seemed eerie at first, it’s now a welcome feeling to not have to fight through travelers or worry about long security lines. There hasn’t even been any traffic to get to the airport. So many of the things that used to make traveling so rough are now all but eliminated.

Yet as we now see new surges of the virus in hotspots across the U.S., I’m definitely rethinking travel. Even with the added precautions, I’m still nervous.

I’ll continue to hole up in my 500-square feet. I’ve started taking online Spanish language lessons, which at least helps me to feel like I’m in another country — if only for the 30 minutes that the lessons last. I know I’ll be back in the air soon. But I think for my next vacation, I’ll find a driving destination.

If You're Sick Of Zoom, You'll Love These Brilliant Long-Distance Date Ideas

Wed Jul 22 , 2020
Photo credit: Kwanchai Lerttanapunyaporn / EyeEm – Getty Images From Women’s Health FaceTime fatigue in your long-distance relationship? Same. The good news: Brainstorming some exciting, long-distance date ideas that are more interesting than a video chat from your couch is easier than you think. “According to multiple studies, the key […] 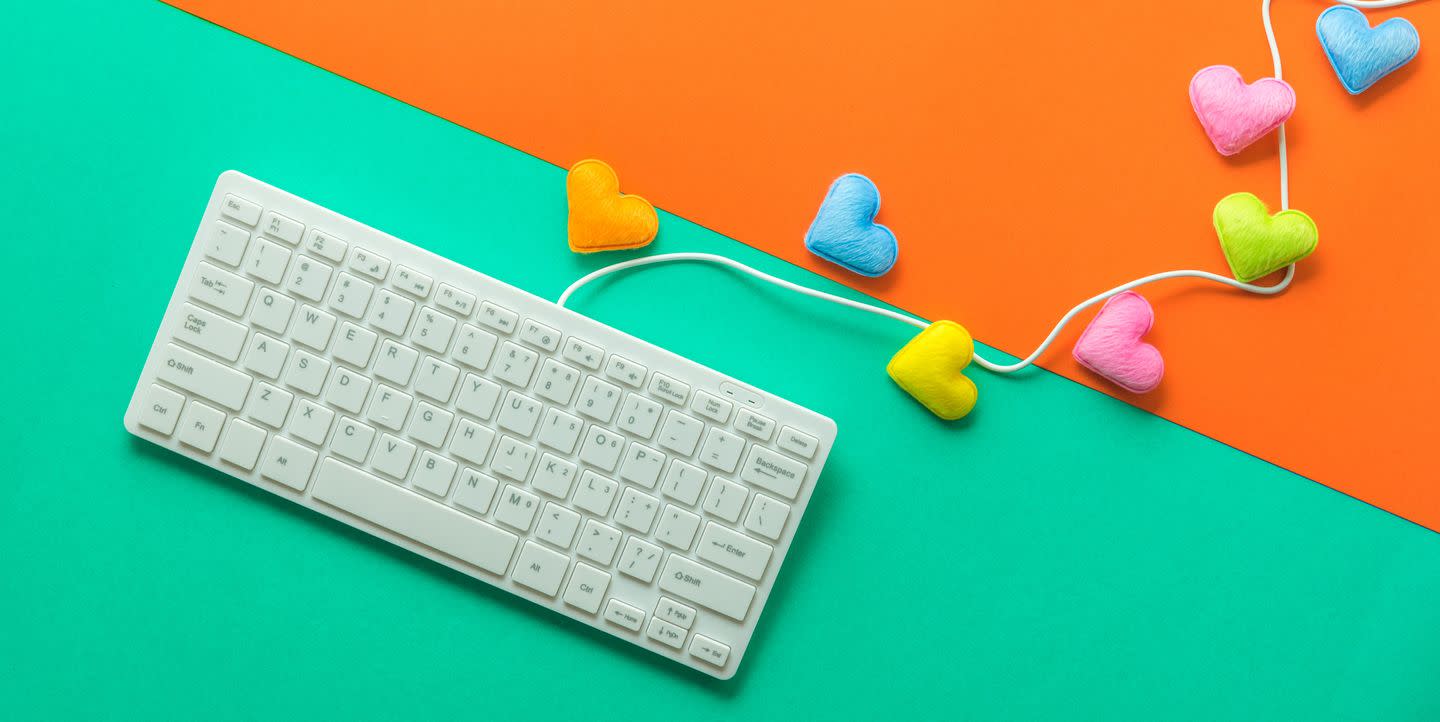