Now that UConn has pulled the plug on football for 2020, there are any number of athletic dominoes still to fall, and not necessarily in a straight line.

As an independent in football, UConn did not have to wait for guidance from a conference or the NCAA to make a decision, and it became the first FBS program to call off its season. In most other sports, UConn participates in the Big East, which, as of Thursday afternoon, was still discussing what to do about fall sports, and when to make a final decision. On deck, decisions will need to be made on winter sports, including men’s and women’s basketball, the marquee sports at UConn.

What is to become of all that, and what are the ramifications for UConn as the disruption caused by the coronavirus continues into its fifth month? Here are some questions, and possible answers.

What is the status of fall sports other than football?

At UConn, men’s and women’s soccer, volleyball and field hockey are among the fall sports still in limbo. “All of our other fall sports are not presently on campus and haven’t even begun to prepare for a potential season,” UConn Athletic Director David Benedict said.

The Big East canceled out-of-conference games for fall sports, so any resumption would come in October. The NCAA, which runs championships, has not decided whether to cancel them for various fall sports, and the Big East could wait on that decision.

Bottom line: At the moment, there is no optimism to be found anywhere regarding fall sports at UConn, and it is just a matter of time before the plug is pulled.

What are the possibilities for UConn men’s and women’s basketball?

While there is no rush to make a decision, and it could be more than a month before the Big East makes one, there are any number of ideas being floated. At the moment, all of UConn’s men’s and women’s basketball players are on campus, including those coming from outside the U.S., working toward a season.

“There are potentially creative ways that we will be able to play,” men’s basketball coach Dan Hurley said this week. “A lot of it has to do with testing, therapeutics and potential vaccines. We would do anything as long as we’re confident in the safety of whatever those plans would be. I do think it is unlikely that we’ll be able to go from where we are at right now to being able to play in November.”

Some programs in the conference have, like UConn, all players on campus, others have some, and some Big East coaches have not seen their players since March.

Among the ideas that have been floated are:

A conference-only schedule starting in January, which seems to be the most optimistic scenario.

An earlier start to the season to build in more flexibility, suggested a while back by the NCAA’s Dan Gavitt.

A well-spaced, conference-only schedule that takes advantage of the long period after Thanksgiving when campuses will be nearly empty, proposed by Seton Hall coach Kevin Willard.

And, more recently, a single-site “bubble” format similar to the NBA and WNBA bubbles in Florida, where all 11 Big East teams would gather in one city, such as New York, which would have several arenas, and play all games there, presumably with students taking online courses only. This, too, seems far-fetched.

“If the present circumstances continue,” Benedict said, “then, yeah, I think it will be difficult to operate and play.”

What about ice hockey?

UConn men’s and women’s teams compete in Hockey East, a top-tier conference of 11 schools all located in New England, so hotel stays would not be necessary for all visiting teams. This week, the conference announced it plans to play the 2020-21 season, “prioritizing” conference games, with a schedule and a new start date, much later than the usual early-October start, to be released later.

Will UConn save money by not playing football?

The program has relied on a university subsidy to cover losses of more than $40 million each year, and football, with 85 scholarships and declining ticket sales, lost $13 million in 2019, so it would appear the short answer is “yes.” However, it’s more complicated than that. A new TV deal signed with CBS Sports will have to be reworked with the loss of the 2020 season, as will UConn’s existing radio deal, and there will have to be adjustments to the agreements with Rentschler Field, and with opponents who were still planning to play UConn. Players scholarships will continue to be honored.

“There are contracts with opponents that we need to work through,” Benedict said. “I’m hoping those will all get worked out in a positive fashion, that we’ll try to schedule those games down the road to make those up one way or another. We have our situation at Rentschler Field and working with the [Capital Region Development Authority]. … We have a contract relationship from an expense standpoint. Those things have not been worked out. Ultimately, I can tell you, we didn’t make this decision based on the finances of it.”

What’s next for players whose seasons have been canceled?

UConn football players have been tweeting, in one way or another, that “the work goes on.” Whether players will be granted an extra year of eligibility, as was the case with spring sports canceled earlier this year, is still to be decided, but Benedict expects fall sports athletes will be treated the same way. If so, the season will be, in effect, a “redshirt year” for the entire roster of fall-sports athletes, a chance to get bigger and stronger and hone individual skills and perhaps gain the option to play at UConn, or elsewhere, as grad students in the future.

Dom Amore can be reached at [email protected]

Fri Aug 7 , 2020
(Photo: HuffPost UK) We’re here to guide you through the coronavirus pandemic. Sign up to the Life newsletter for daily tips, advice, how-tos and escapism. Kainaat Siddiqi, 16, from Hounslow, is due to start sixth form in September, at a school that’s a 45-minute bus journey from her home. Kainaat, […] 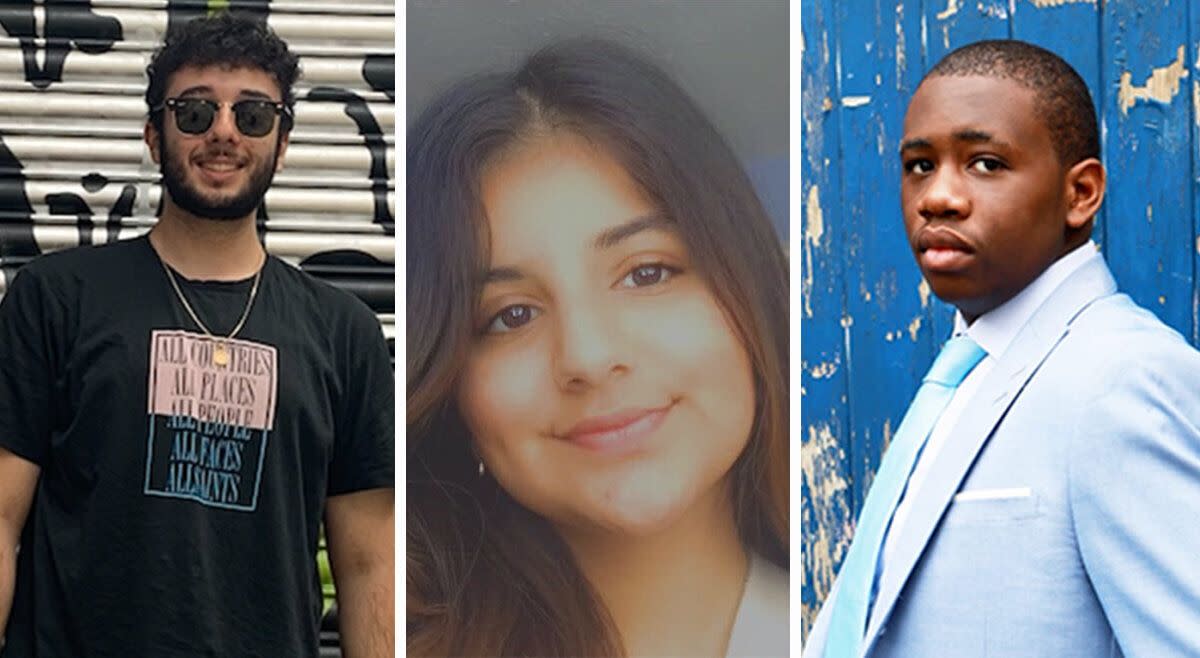