New rules on face coverings were announced by the prime minister on Tuesday, increasing the number of places in England where it is mandatory to wear a covering or face a penalty fine of £200 for a first-time offence.

People were already required to wear a face covering in shops and supermarkets, as well as on public transport.

On 22 September, Boris Johnson told the House of Commons, this will now be extended to taxis, private hire vehicles, as well as to hospitality venues when you’re not eating or drinking – for example walking to your table or the toilet during a meal – previously it only applied if you were getting a takeaway.

Mr Johnson said the country had reached a “perilous turning point” and the government was now acting on the “principle that a stich in time saves nine”.

So, where exactly should you be wearing a face mask? Here is everything you need to know.

People still need to wear a face covering in coffee shops in England under regulations, which came into effect on 24 July.

The Department of Health and Social Care confirmed face coverings will be needed in shops such as Pret a Manger if people intend to take their food and coffee away.

A Department of Health and Social Care spokesperson said: “From Friday 24 July, it will be mandatory to wear a face covering in shops and supermarkets, as is currently the case on public transport.

“If a shop or supermarket has a cafe or a seating area to eat and drink, you can remove your face covering in that area.”

Cabinet minister Brandon Lewis clarified the statement during an appearance on the BBC’s Breakfast programme, saying people will have to wear masks in a takeaway outlet, depending on why you’re going.

“The differences that people may not have been aware of, and will be outlined in the regulations today, is if you are going into a takeaway and you are eating in somewhere that’s got a takeaway, then that is like hospitality – you are eating, it’s not practical to wear a face mask, we recognise that,” he said.

Previously you only had to wear a face covering if you were using hospitality as a takeaway – with ministers saying it was impractical to wear them in restaurants and pubs.

On 22 September, Mr Johnson suggested that now customers should be wearing masks when moving around hospitality businesses, such as walking to their table or visiting the toilet.

The masks should only be removed when eating or drinking.

This update also applies to staff who now should be wearing masks when working in hospitality or retail services, he said.

Supermarkets have long been a destination where customers have to wear face masks, unless they are exempt.

In a statement shared on Twitter, Waitrose said: “We’re asking customers in our English and Scottish stores to wear a face covering while shopping. All customers – apart from children under 11 and those with disabilities or breathing difficulties – should wear a face mask, scarf or other covering.”

Face masks are also compulsory in all retail shops and enclosed shopping centres.

During a speech in the House of Commons, Mr Hancock said the new rules were being introduced to “give people more confidence to shop safely, and enhance protections for those who work in shops”.

“The British Retail Consortium has said that together with other social distancing measures, face coverings can make shoppers feel even more confident about returning to the high street,” he said.

From 22 September Mr Johnson said staff and workers in retail will also have to work masks, previously this was optional.

Banks and post offices are also included in the government’s guidelines.

When asked if people should cover their faces if they are going into a bank, Mr Lewis said: “Yes… it’s all retail outlets and retail banks on our high streets are retail outlets effectively as well.

“Therefore it is appropriate that you should be wearing a face mask.”

Since 15 June, anyone travelling by bus, train, ferry or plane in England has been required to wear a face covering.

People can be refused travel if they don’t follow the rules, and can be fined as a last resort.

It is also compulsory to wear face coverings on all public transport in Scotland, Wales and northern Ireland.

On 22 September this was amended to also include private hire vehicles and taxis in England – many firms, like Uber, had already been encouraging customers to do so.

From 8 August, it is enforceable by law for people to wear face masks in indoor spaces where they are likely to come into contact with people they do not usually meet.

This includes cinemas, galleries, museums and places of worship, in addition to visitor attractions such as aquariums and amusement arcades, the government outlines on its website.

Who is exempt from wearing a face mask?

The same exemptions as for public transport will apply under the updated guidelines, with children under 11 and people with breathing problems not required to wear a covering.

Anyone who cannot put on, wear or remove a face covering because of a physical or mental illness or impairment or disability is also exempt.

Under the new rules, the below groups are not required to wear a mask:

Other exemptions listed include those with a disability or a physical or mental illness, and anyone travelling with a deaf person who relies on lip-reading to communicate.

Customers in shops will also be allowed to remove them if they are required to present identification for purchasing alcohol and other age-restricted products.

What happens if you don’t wear a mask?

Those who refuse to comply can be hit with an increased fine of up to £200 for a first-time offence (previously it was £100), Mr Johnson confirmed on 22 September.

This also now applies to businesses where staff are not complying, he added.

The rules will be enforced by the police, not shop workers who should instead “encourage compliance”, officials have said.

Metropolitan Police chief Dame Cressida Dick previously said officers will only enforce the wearing of masks in shops “as a last resort”, adding that she hopes people will be “shamed” into using face coverings rather than having to be fined.

The most stylish reusable face masks to buy now

The ultimate guide to buying and wearing face masks

Beverly Students To Help Out With '3 Square' After School Program

Tue Sep 22 , 2020
BEVERLY, MA — Amanda Desmond remembers how trying it could be even in more familiar times. The Beverly High alumna recalls sitting down following a long day of school, attempting to work her way through her nightly assignments, when mom and dad would try to help. “I have (post-traumatic stress) […] 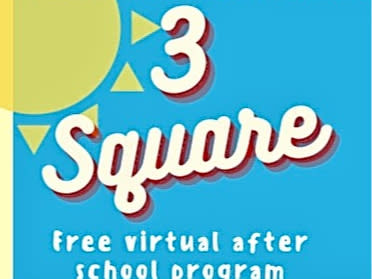