It’s important to remember why the twice-impeached former president needs so much money, and fast. He owes banks and investors some $400 million in the next few years. There’s the $100 million coming due next year on Fifth Avenue’s Trump Tower. And the $125 million he borrowed on the Doral golf resort, in Florida, from Deutsche Bank, which he must repay in 2023. And the $170 million he also owes Deutsche Bank, in 2024, on his hotel in Washington near the White House. The private citizen who now lives full-time—and illegally, I might add—at his Mar-a-Lago resort in Palm Beach personally guaranteed these debts. If he doesn’t pay them—something he’s been known to quite frequently not do—his creditors can foreclose on the underlying assets and then sell them to get the money he owes them.

A typical borrower in Trump’s situation would refinance the debt. A refinancing would probably lower his borrowing costs—given how low rates have stayed—and would push out the maturities on the debt, essentially kicking the can down the road. But Trump is not your typical borrower. Wall Street has refused to do business with him for more than a decade, after he singed many of the banks that lent him money as a result of his failed forays into the casino business, the airline business, and the marquee-hotel business, among others. The one Wall Street bank that deigned to lend him money—Deutsche Bank—finally pulled the plug on him after he fomented the January 6 insurrection. One Wall Street banker told me that Deutsche Bank’s decision was both “smart” and “unavoidable” since Trump “is toxic amongst a wide swath of Deutsche Bank’s shareholders, employees, and vendors.” Essentially, for Deutsche Bank to have any prayer of providing banking services in corporate America—lending money, providing investment-management expertise, or offering M&A advice—it had to cut ties with Trump, or else face being ostracized from the club.

The problem for Deutsche Bank is that—as far as we know—Trump still owes it a boatload of money. He might have lost his private banker at Deutsche, with the resignation of Rosemary Vrablic, and Deutsche might have said it will no longer do business with him, but he still owes the bank millions, a sum that cannot be ignored. How amusing it would be to watch Trump’s creditors seize control of Trump Tower and try to sell it into a depressed market for big midtown Manhattan buildings. Or to watch Deutsche Bank try to sell Doral for more than the $125 million Trump owes the bank for it. The truth is more likely that it won’t come to that. You’ll recall that Trump pulled his latest scam after the November election, convincing many of his supporters that he actually won the election, that it was stolen from him, and that they should send him money to mount a legal campaign for justice. They foolishly complied, netting The Donald somewhere around $250 million in cash since early November. It’s not exactly clear what the restrictions are for the use of that money—and, in any event, Trump is not known for exactly following the rules.

But if the Wall Street theory is right, he won’t have to test the limits of the campaign finance laws. What some on Wall Street think Trump will do is further tap into a subset of his army of 74.2 million voters and ask its members to give him, say, $100 a year to continue to get his pithy utterances, now that he has been removed from most of the major social media platforms. Think of it as a Trumpian version of Substack. Follow the logic for a moment. Say a third of his base—about 25 million people—agrees to sign up for some sort of weekly Donald Trump newsletter, the actual work for which he would (of course) delegate. The content could be his banal musings, or updates on his legal battles, or his plans for mounting a 2024 presidential candidacy. “We will be back in some form,” he said Wednesday before he took his final trip as president on Air Force One.

It probably doesn’t matter what the newsletter contains. If more than 200,000 people on Substack pay Willy Woo $600 a year to get his musings about bitcoin, it’s not crazy to think that Donald Trump can get $100 a year from a ton of his flock. “Don’t forget he’s like a god to them,” the Wall Street banker tells me. “Trumpism is their religion.”

Disney World fans are divided over the park’s ‘disgusting’ new food item: ‘Does not sound appetizing’

Mon Jan 25 , 2021
Disney World is now selling a donut grilled cheese, and parkgoers have no idea what to think. The all-new snack item, announced earlier this January, is exactly what it sounds like: a big, gooey grilled cheese sandwich with two glazed donuts for buns. Available at Everglazed Donuts in Disney Springs, […] 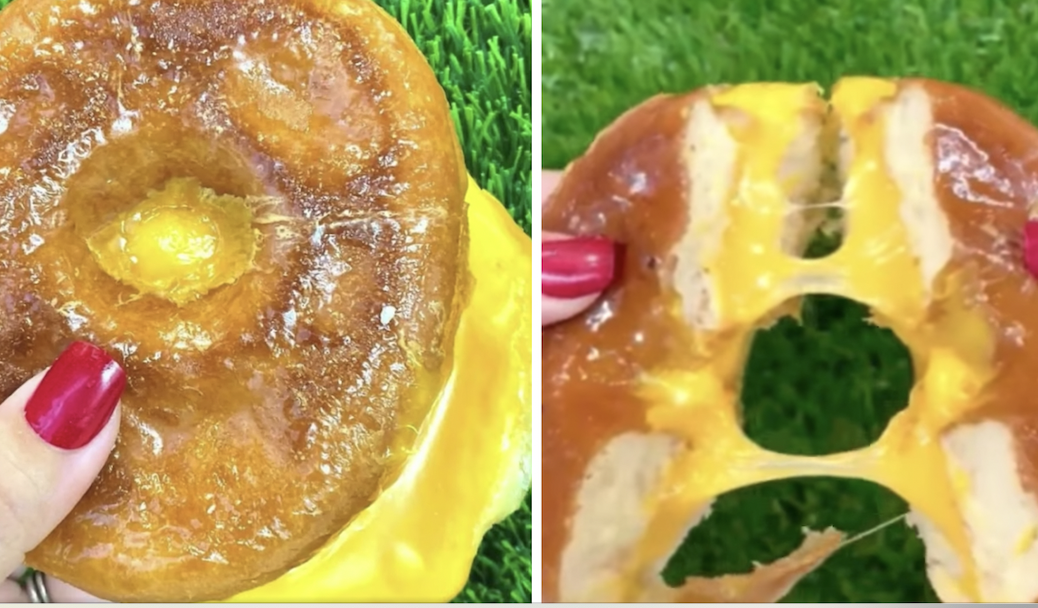