SEATTLE — Washington’s governor is tightening restrictions throughout the state in restaurants and bars, for weddings and funerals, and at gyms in a further effort to stem a surge in coronavirus infections.

Gov. Jay Inslee said Thursday that the rate of disease transmission has been increasing in the state.

For restaurants, tables for indoor dining will be limited to members of the same household and alcohol service must end at 10 p.m. Bars, taverns, breweries, wineries and distilleries must cease all indoor service, regardless of whether food is served.

Wedding ceremonies still will be allowed, but receptions are prohibited, though those in the next two weeks can can take place under previous guidelines.

— New York City officials say the city has reached its goal of performing 50,000 coronavirus tests a day, and its contact tracing effort has potentially prevented thousands of new infections.

— Three out of four Americans favor requiring people to wear face coverings while outside their homes to help slow the spread of the coronavirus, according to a new poll from The Associated Press-NORC Center for Public Affairs Research.

— Southwest Airlines says it won’t allow health waivers to its face-mask rule. Only children under 2 will be exempt from the requirement to cover their mouth and nose during flights.

The former New York Yankees relief pitcher is a Trump supporter and looked on as the president announced Thursday that he is canceling the Florida portion of the Republican National Convention next month.

Trump praised Rivera’s work with children and his records as a closer for the Yankees, the president’s favorite team. He has previously awarded the Presidential Medal is Freedom to Rivera.

It was not immediately clear why Rivera was at the briefing. Rivera’s old team is in Washington to open Major League Baseball’s abbreviated season Thursday night against last year’s World Series champion, the Washington Nationals.

TOPEKA, Kan. — Kansas’ attorney general says he believes both counties and local school districts can exempt themselves from the governor’s order requiring schools to have staff and students wear masks because of the coronavirus outbreak.

Attorney General Derek Schmidt Schmidt said Thursday a state law on the pandemic enacted in June allows counties to opt out of the order and the state constitution gives local school districts the authority to do the same.

Gov. Laura Kelly replied in a scathing statement calling Schmidt wrong and accusing him of creating “more hurdles and uncertainty” during the pandemic.

Kelly issued her masks-in-schools order Monday, imposing rules that are stricter than guidelines set by the State Board of Education.

City officials said Thursday that about 40 such hubs offering meals, outside play and adult help will be scattered at libraries, recreation centers and cultural centers.

Like most other school districts in California, San Francisco’s public schools are starting the academic year with online learning because of the coronavirus pandemic. But not all children have internet access, computers or parents at home to help and the program is an effort to lessen disparities.

The plan must get state and local approval.

PARIS — France is reporting a sharp uptick in coronavirus cases, with more than 1,000 new infections on Thursday, as people let their guard down heading into the country’s summer break.

Health authorities say cases on the French mainland have surged by 66% in the past three weeks, with a 26% increase in the last week alone. Concerns about rising cases had already prompted the government to make mask-wearing mandatory in all indoor public spaces this week.

In their daily update on France’s outbreak that has already killed 30,182, health authorities said people aren’t taking as much care to socially distance and that “our recent habits have favored the spread of the virus for several weeks now.”

“During the summer and the holidays, it can seem artificial to keep one’s distance when greeting each other, to keep apart when chatting, to regularly wash hands and to wear masks in closed spaces. But this individual and collective effort is crucial to prevent the virus from trampling on our freedom and the epidemic from rebounding.”

COLORADO SPRINGS, Colo. — All cadets at the Air Force Academy will return to the Colorado Springs campus in the fall, making the university one of the first in the country to return during the coronavirus pandemic.

KCNC-TV reported that Secretary of Defense Mark Esper declared Thursday that military training pipelines are “mission essential,” meaning that all cadets are expected to return within the next week.

The order came after academy leaders sent non-seniors home in March to finish the year online and kept the remaining students on campus. Officials say the entire cadet wing, making up about 4,000 students, will be back on campus by the end of the month.

CHICAGO — The American Academy of Pediatrics has announced new recommendations for kids’ sports during the pandemic to minimize risks of COVID-19.

They include masks for young athletes in non-vigorous activities when social distancing isn’t possible; practicing in small pods that don’t switch players, and not sharing equipment.

Because the virus spreads most easily with prolonged, close contact with an infected person, risks to young athletes will likely depend on the type of sport, number of players and indoor versus outdoor setting, the academy said in the guidance posted online Wednesday.

“Risk can be decreased but not eliminated, by athletes, parents, coaches and officials following safety protocols,” the academy said.

JOHANNESBURG — South Africa’s president says all public schools will “take a break” for the next four weeks as the country braces for its highest surge yet of coronavirus infections.

President Cyril Ramaphosa in a national address says “the coronavirus storm has indeed arrived” and schools should not be sites of virus transmission as confirmed cases surpass 400,000 and deaths surpass 6,000.

Schools have been one of the most sensitive issues as South Africa tries to balance fighting the pandemic and protecting the livelihoods and futures of its 57 million people.

Ramaphosa acknowledges that disruptions in education can have a “devastating impact on the prospects of a generation of young people.” The current academic year will now be extended beyond the end of 2020. South Africa makes up more than half of Africa’s confirmed virus cases.

ALBUQUERQUE, N.M. — New Mexico authorities are investigating a deadly shooting at an auto shop after a man who refused to wear a mask tried to run over the shop owner’s son and crashed into a vehicle before driving off.

An incident report written by Bernalillo County sheriff’s deputies say as they were searching for the man, they received a call from the shop owner saying the man had returned and that his son had shot someone.

Deputies found two men on the ground. One didn’t have a pulse.

PHOENIX — Arizona has topped 3,000 deaths from the coronavirus.

INDIANAPOLIS — Indiana’s attorney general says the governor has overstepped his authority in issuing a statewide face mask mandate and only the Legislature can make violations a criminal offense.

Hill’s opinion responded to a request from state Senate majority leader Mark Messmer of Jasper and four other Republican senators about Holcomb’s legal authority to impose a mask mandate. The opinion, which doesn’t block the governor’s action, said the state’s emergency law doesn’t give Holcomb authority to issue a mask mandate without the consent of the Legislature. Hill said the governor should call the Legislature back into session.

“By this point in the pandemic — more than four months since the emergency declaration — it’s time to show some deference to the branch of government actually charged by our state constitution with the responsibility for enacting laws,” Hill said in a statement. The governor’s office didn’t immediately reply to a request for comment Thursday.

The health ministry says a 34-year-old woman who died Tuesday was a “support worker” at a health center. It says she had been treated for severe pneumonia in July.

The death likely will raise awareness of COVID-19 in the East African country where health officials have been saying many people don’t take the disease seriously. Uganda confirmed its first case on March 22, and the number of confirmed cases has since risen to more than 1,000. However, the country tests only a few thousand daily samples.

A new survey released this week found most Ugandans fear the coronavirus less this month than they did in March.

MADRID — Spanish health authorities have confirmed 971 new coronavirus infections in the past 24 hours, the biggest daily increase since the outbreak was gotten under control.

“In two weeks, we have tripled our rate of contagion,” Sierra said. “We could be seeing a second wave, but we have to see what happens in the coming weeks.”

Spain’s Health Minister says the biggest increase of 450 cases came in the region of Aragón, home to Zaragoza. Spain has reported daily increases of more than 500 cases for six straight days after it remained under 300 in May when Spain was easing out of a three-month lockdown.

Many of the new outbreaks have been connected to nightlife and gatherings of youth at outdoor parties. There’s been 11 confirmed deaths in Spain in the last seven days.

PRAGUE — The Czech Republic is re-imposing some restrictive measures after the daily increase of new confirmed COVID-19 cases surpassed 200 for the second straight day.

The increase of new cases reached 247 Wednesday and 212 a day earlier, the largest tally since June 28.

As of Monday, any gathering in interior spaces will be a maximum of 500 people, down from 1,000. Vojtech has called those nationwide measures “preventive.”

The Czech Republic has confirmed 4,724 cases and 365 deaths, according to Health Ministry reports.

GENEVA — The director-general of the World Health Organization has upbraided U.S. Secretary of State Mike Pompeo for making “untrue and unacceptable” allegations regarding the WHO leader and China.

Director-General Tedros Adhanom Ghebreyesus insisted WHO was focusing on “saving lives,” decrying comments British media reported Pompeo said this week about him being ‘bought’ by China.

Tedros’ response to Pompeo represented some of his most full-throated statements in the wake of the Trump administration’s repeated criticism of the U.N. health agency in recent months about an alleged deference to China early in the pandemic.

President Donald Trump has ordered the United States to withdraw next year from the agency it has bankrolled and supported for decades.

Kayak CEO Hints Company May Get Into the Hotel Business

Thu Jul 23 , 2020
There’s been speculation over the years about online travel companies getting into the hotel business, and Kayak CEO Steve Hafner teased as much during an interview on Thursday. Hafner, who heads Booking Holdings brands Kayak and OpenTable, dropped the hint during a pre-recorded interview for Travel’s Path Forward: Online Travel, […] 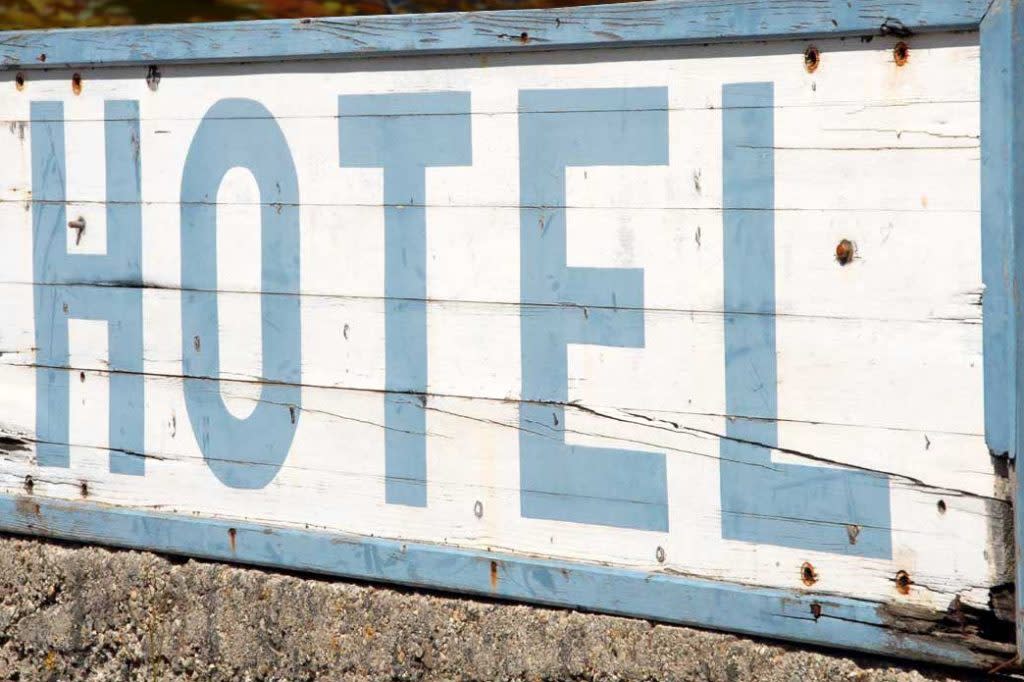