If they can’t make the Capitol rotunda ring with shouts of “Keep It Public,” public land proponents are hoping that they can make legislators’ phones ring.

On Tuesday, public land and wildlife organizations held a virtual Rally for Public Lands online to try to drum up opposition to several bills, which together would take millions away from public land projects and initiatives, said Rachel Schmidt, former Montana Office of Outdoor Recreation director.

“And there’s also a bill that would pave the way for public land transfer. These are really living right now, and we have to act. These bills would have serious consequences for the public lands that we love and our way of life,” Schmidt said.

House bills 670, 683, 701 and 707 all involve the money raised by taxing recreational marijuana sales. When Montana voters passed Initiative 190 in November, they supported a 20% tax on marijuana sales, and the initiative said half of the money generated was supposed to go to state public lands programs.

Within two years, that was supposed to reach about $18 million a year. But both the governor and the Legislature appear to be ignoring the voters, shunting that money into other issues and programs.

HB 697 would rob the Habitat Montana fund – reserved for the purchase of wildlife habitat and easements – by shunting money to landowners for crop damage from wildlife.

Finally, HB 320 would prohibit the state from selling off any land it gets from the federal government. While that might not sound bad, it would keep the state from doing land swaps, a tool that has been useful in the past. Such a bill isn’t needed unless federal land transfer becomes a reality, and even then, the Legislature could always repeal it.

In previous Legislative sessions, citizens would travel to the Capitol to testify. But COVID-19 has made it more of a challenge to oppose bills in person, and it seems the Republican-led Legislature is taking advantage of the lack of opposition.

If Montanans don’t want these bills to pass, they need to let their legislators know, Schmidt said. She encouraged those listening to text “mtrally” to 52886 – the responding text would link people to a website where they could email their legislators and ask them to oppose the six bills.

“If every one of you can get five friends to do the same thing, it will make a difference,” Schmidt said. “This is not just for our public lands, it’s generations-to-come public land. We are just the stewards. We are just taking care of this for the next generation.”

More than 600 people logged in to the noon Crowdcast “rally,” but it was eerily quiet compared to years past when similar numbers of people would travel from around the state to the Capitol to listen to advocates, including former Gov. Steve Bullock and Sen. Jon Tester.

As each speaker would declare the value of public land, attendees would roar their approval, making the three-story rotunda seem to shake. The crowd’s energy probably made an impression on the legislators working in the building. Previous anti-public-land legislation never became law.

Whether Tuesday’s rally would have a similar effect is hard to tell.

Bozeman rock climber Conrad Anker has also spoken at previous public land rallies and knows how different things are this year. He said some people told him a virtual rally was just preaching to the choir. He responded by saying they should take that choir metaphor a little further.

“In houses of worship, it’s the choir that comes in early, that arranges the pews, that sweeps the floor, prepares everything, lays the hymnals out, supports the pastor. And you are the choir, we have that voice,” Anker said. “All of us, if we can share our voice, we can stop this legislation.”

Andy Posewitz, sportsman and hunting ethics advocate, said he would also rather be “doing this in the raucous rotunda of the Helena Capitol so we could shake the windows and rattle the walls.” But he didn’t let that stop him from emphasizing that all of the bills that threaten Montana’s lands and wildlife are motivated by greed.

Son of the late Jim Posewitz, Fish, Wildlife & Parks biologist and founder of Orion the Hunter’s Institute, Andy said Montana has already suffered an era when wildlife was hunted to near extinction and the land was exploited. Decades ago, Montanans recognized what was lost and worked together to restore what they could.

“The same greed that leveled the landscape in the late 1800s is emerging from hibernation as our success grows. The greed takes the form of public policymakers representing not the interest of the public or the resource held in public trust but representing instead those who would seek private profit from the public trust,” Posewitz said. “Make no mistake – they’re filled with every bit the same greed that led American wildlife to the brink of oblivion. We’re challenged today to be every bit the heroes who brought it back.”

Posewitz said he was disappointed after only four people joined him at the Legislature to oppose a bill that would overturn a citizen’s initiative. If Montana is to remain the inspiring place that people so obviously desire, Montanans are going to have to do more than just write a check to have nonprofit organizations testify for them, Posewitz said.

“Money is no substitute for our passion. Our challenge is how to convert our passion to policy, either through existing policymakers or by changing policymakers,” Posewitz said. “Alone, our voice is a tiny blip in a great wilderness. But together, we are thousands of voices capable of shaking the windows and rattling the walls. I know this because I have seen it with my own eyes and so have you. It is time to remind ourselves of how powerful we are together, find our footing and take offense.”

He encouraged people to learn who their legislators are and to tell their legislators what they want. Don’t rely on computer texts and emails to make a difference – they’ve made people lazy. Talk to all the new people who have moved to Montana but don’t know what could be lost. Get actively involved, because time is short.

“For years, we have stood on the shoulders of the heroes of our movement. They helped restore our present abundance, and it is our turn today to rise to the challenges of our generation, which are every bit as perilous as the challenges of our history,” Posewitz said. “Make no mistake – our heroes are watching from above and our kids are looking up to see what we will do. Let’s show them.”

Wed Apr 7 , 2021
Q&A from P&R When the National Recreation and Parks Association awarded Asheville Parks & Recreation an $80,000 grant in May 2020, the original vision was to develop a community nutrition hub at the Stephens-Lee Recreation Center with the intent of improving community access to healthy foods, support services, educational programming, […] 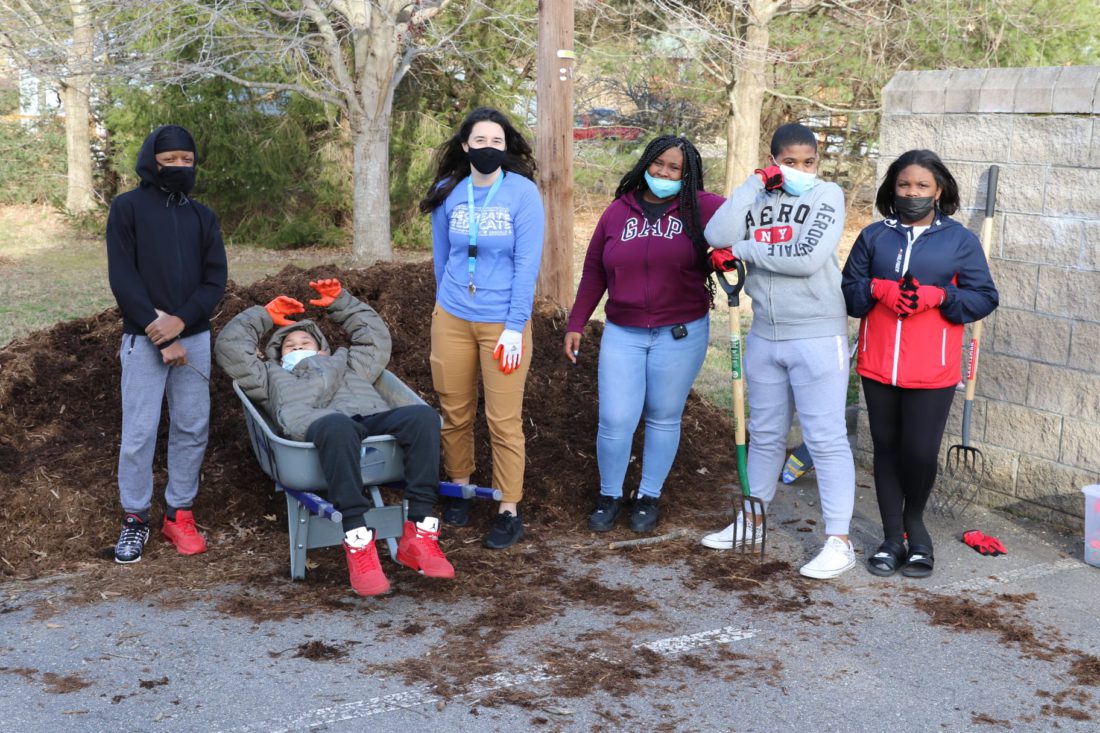