John D. Idol spoke about the strength of Capri Holdings Ltd. at Goldman Sachs’ Annual Global Retailing Conference Thursday — and he touted Versace as one of the company’s best assets.

“Versace is comping up right now, which is extraordinary considering what’s happening around the world right now,” Idol, Capri’s chairman and chief executive officer, said during the virtual conference. “We have a company, a brand and a luxury house, led by one of its original founders, Donatella [Versace], that has such an important message and voice in the fashion business, that we’ll be able to accelerate that, really with a laser focus. And we’re on a mission that really the pandemic is not going to change what we’re doing. We’re going to renovate every one of our stores around the globe; we’re going to focus on the accessories business where this company is very under-penetrated versus its other luxury peers. And we are going to really make sure that we are one of the competitors in the luxury space.”

That’s good news for the group — which also includes the Michael Kors and Jimmy Choo brands in the greater portfolio — that lost a combined $731 million in the last two quarters thanks to the coronavirus shutdown around the world. Company shares, which closed up 11.14 percent Thursday to $19.96 a piece, are down nearly 38 percent year-over-year.

But even pre-pandemic, Idol said the company had plans to grow Versace to $2 billion in annual revenues. To do that, Capri is continuing with its plans to open roughly 300 Versace stores around the world in the next few years, while renovating others, expanding Versace’s accessories and footwear businesses to about 60 percent of overall revenues and growing the digital business.

“We’re very pleased with the progress that we’re making here and how that’s happening,” Idol said on Thursday. “[Capri has] got assets that are extraordinary.

“When we bought Versace, we actually closed down approximately $150 million worth of business,” Idol continued. “Versace had two other labels, which, we made the decision, were not in our view where we wanted to focus our time and energy and effort. So we closed those businesses down. I also want to remind you that the Versace business had a high-single-digit operating margin, which we decided to basically take to zero, slightly negative, because we know that this company will double its revenues.”

Idol added that the new Versace Barocco V collection is starting to gain traction and although it’s in the “very, very, very early days of development,” he called it a “cornerstone for the company’s development.”

“With Donatella’s voice and the power of our distribution — again, we sit in the best locations, the best streets and with an enhanced global e-commerce business — I think we have something that is quite extraordinary,” he said.

Across the entire portfolio, accessories continue to be the best-performing category, Idol said. Other bright spots include the growing Chinese business, luxury sneakers and the Michael Kors watch business.

“It’s really been part of the Zoom phenomenon,” Idol said. “You want to look dressed up, nice on the top.”

Even so, Capri has plenty of headwinds to navigate in the near term. Namely the Michael Kors brand, the company’s largest (which lost $48 million last quarter and is comping down in the midteens quarter-to-date), women’s ready-to-wear apparel and the near demise of tourism retail — at least for now.

“The place that is the most traffic-challenged is clearly our travel-retail business, where most of the airports and [the] traveling consumer has not returned to what it was prior to the pandemic,” Idol said. “There’s probably a minimum 18-month to 24-month recovery for people to feel comfortable getting on airplanes, doing extensive traveling around the world. And that will impact our business, especially in major cities.”

The loss in tourism is perhaps most pronounced in Europe, which Idol said is also the weakest-performing market to date.

“It’s going to be a considerable amount of time until that heals,” Idol said. “So in the meantime, we’ll obviously focus on local markets. While we’re not getting tourists into North America, a lot of people, who were [previously] traveling outside of North America, aren’t doing that, so they’re spending their money here. So, we’re definitely focused more on the local consumer in the individual markets. And we’ve had relationships with them. I think we’re trying to deepen those relationships. And I’ve talked on previous presentations that we really think that engaging with the customer, whether it’s through Zoom calls like this, or whether sending clothes to the house, creating more bespoke shopping experiences is going to be equally as important as we’re all talking about online and digital and e-commerce. There’s still a very much a one-to-one relationship that exists between a sales associate and the consumer. And we’re going to really put a lot of time and effort behind that as a way of mitigating some of what we don’t see with the consumer by travel.”

Fri Sep 11 , 2020
Not one to wait for her life to be over … or allegedly her boyfriend’s former engagement, Katie Holmes is already seeing some major drama in her new relationship. This week, the “Dawson’s Creek” alum went public with her brand new beau, Emilio Vitolo Jr., a New York City-based chef on whom […] 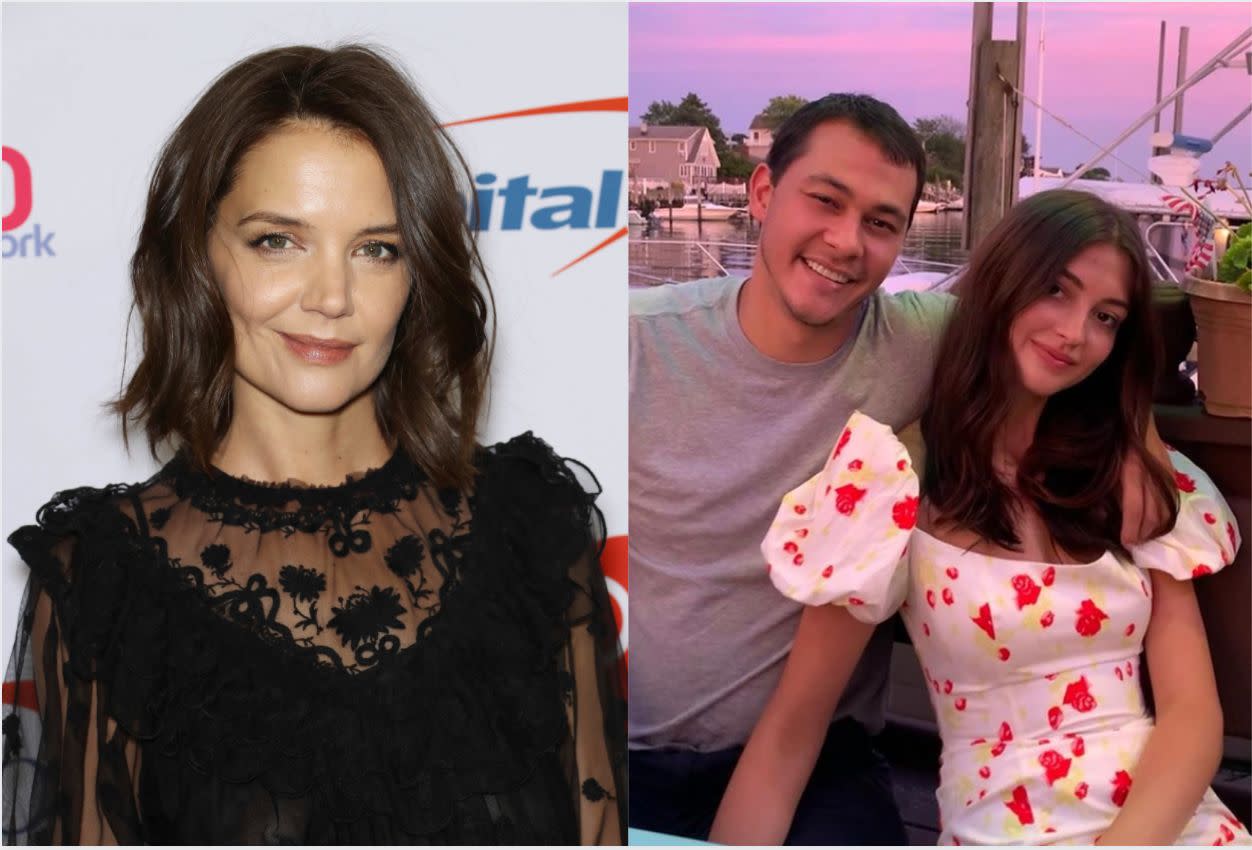