Vaccine providers were bustling once again in Lake Havasu City on Friday — the day after Mohave County made covid vaccines available to all adults 18 and older. Although some providers are fully booked up, others had plenty of doses ready to distribute for newly eligible residents.

Mohave County’s announcement followed the lead of the Arizona Department of Health Services, which opened vaccines to all those 16 and older at state-run mass distribution sites earlier this week. Prior to Thursday only those 55 and older were eligible to be vaccinated in Mohave County.

“We have come a long way over the past three months and are grateful each day to be able to supply this vital service to the community,” said Embry Health CEO Raymond Embry, who noted that Mohave County was the first in Arizona to provide Embry with vaccine for distribution. “Decreasing the age limit of the vaccination is essential to continuing the drive to vaccinate all Arizonans. It allows for the simplification of the process and reduces confusion over those who are eligible.”

Zach Krane, senior communications manager at Embry, said the company has seen a definite increase in calls after Mohave County’s announcement yesterday – not only to their location on the Mohave Community College campus in Lake Havasu City, but also at their distribution sites at MCC in Bullhead City and Kingman as well.

“Patients are eager to schedule now that they have the opportunity,” Krane said.

Krane said Embry’s Havasu location has been vaccinating about 120 to 140 people per day. But as of Wednesday afternoon all of Embry’s appointments in Lake Havasu City had been booked for the rest of March. Embry isn’t the only provider with a full schedule at the moment. Albersons and Safeway pharmacies were also booked up Friday afternoon when a Today’s News-Herald employee attempted to make an appointment online.

But other providers in Havasu did have appointments available on Friday, including The Apothecary Shop.

Apothecary owner Tony Liska said calls from people attempting to make an appointment had been slowing down recently, and he hadn’t noticed a huge influx of calls as of Friday afternoon, but he said he expects another wave to start soon.

“I think we are going to see another rush – not so much with 18 year olds – but probably the 25 to 55 group that had been excluded so far,” Liska said. “So we will probably see another rush of people wanting it.”

Liska said The Apothecary Shop provides about 50 to 60 vaccinations per day by appointment. He said they have generally been able to schedule callers within seven days, sometime even sooner. On most Fridays The Apothecary Shop passes out a couple hundred more doses through a walk-up clinic staffed with volunteer help from Cornerstone Family Healthcare. To be vaccinated during the clinic, Liska said people just need to fill out some paperwork and show a photo ID and an insurance card if they have one. But he noted that people without insurance are still able to get a free vaccine.

Volunteers on site said the line stretched to the end of the shopping center when the clinic started at 12:30 p.m. on Friday. But they were able to vaccinate all of the people in line, about 100 of them, within the first 30 minutes and lines were much shorter after that.

Havasu resident Jonathan Douek became eligible for the vaccine on Thursday and he said he didn’t have any trouble at all getting vaccinated. He said his wife, a nurse, suggested he try The Apothecary on Friday. He said he drove by early in the afternoon and saw the long line, but when he came back the line was gone and he was able to be vaccinated in less than 15 minutes.

Douek said he was happy to be able to get the vaccine because it should make travel plans that he has coming up a little less complicated.

“I have a vacation I’m planning, so I’d rather not get stuck somewhere if I do get it there,” Douek said. “If I have the vaccine it will be easier to come in and out. I’m not so much scared that I’m going to be the 1 percent of people who die or anything, but if I can save myself two weeks off work and it lets me leave the country without any issue then I’m good.”

Meanwhile Kim Wood of Havasu said she has been frustrated trying to get a vaccine. She said she had been trying to get an appointment or be put on a waiting list for the last three months. Wood said she had no plans to be vaccinated when she went to a drive thru for some lunch on Friday. But on her way home she happened to see The Apothecary’s clinic and decided to check it out. Just a few minutes later she had received her first dose of the Moderna vaccine and had an appointment to come back in 28 days for the second dose.

“I’m going on vacation to see my kids in June and I just really wanted it,” Wood said of getting the vaccine. “So this is awesome. I’m so excited. I just feel like I have accomplished so much today.”

Liska said The Apothecary has distributed about 1,200 vaccine doses so far and a few patients have reported some redness at the injection site, but he said no serious reactions have been reported so far.

“The vaccine itself is pretty much painless – it is a piece of cake,” he said.

According to the Arizona Department of Health Services data dashboard on Friday, a total of 61,396 vaccine doses have been distributed to 41,882 people – 20,970 of which are now fully vaccinated. That means a total of 91.9 percent of the 66,800 doses allocated to the county have been administered and 19.3 percent of Mohave County residents have been vaccinated.

Sat Mar 27 , 2021
STATEN ISLAND, N.Y. — Get ready for thrilling rides, as Six Flags Great Adventure opens its Jackson, N.J., theme park on Saturday for the 2021 season. We’ve compiled a guide of what to know before you visit. PARK HOURS Six Flags will open on Saturday and Sunday, from 11 a.m. […] 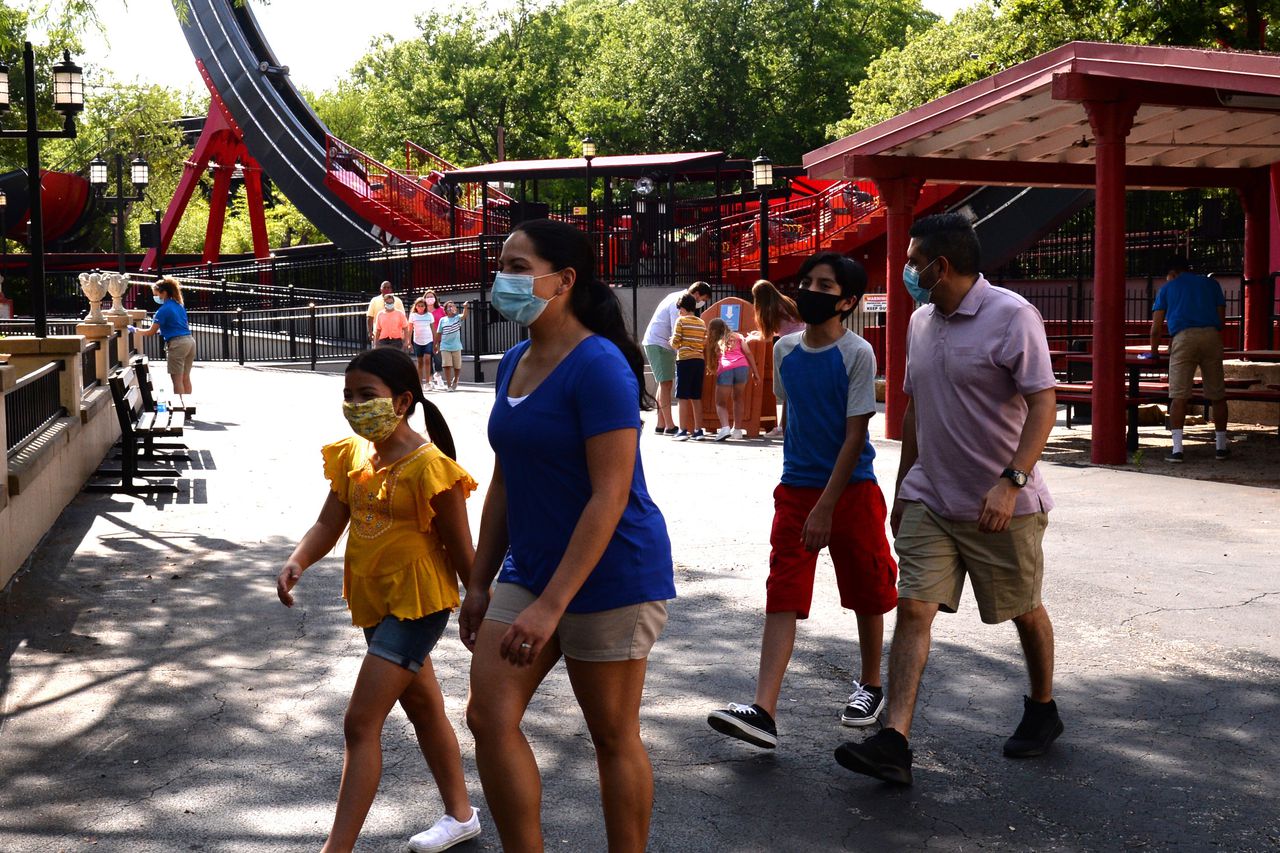